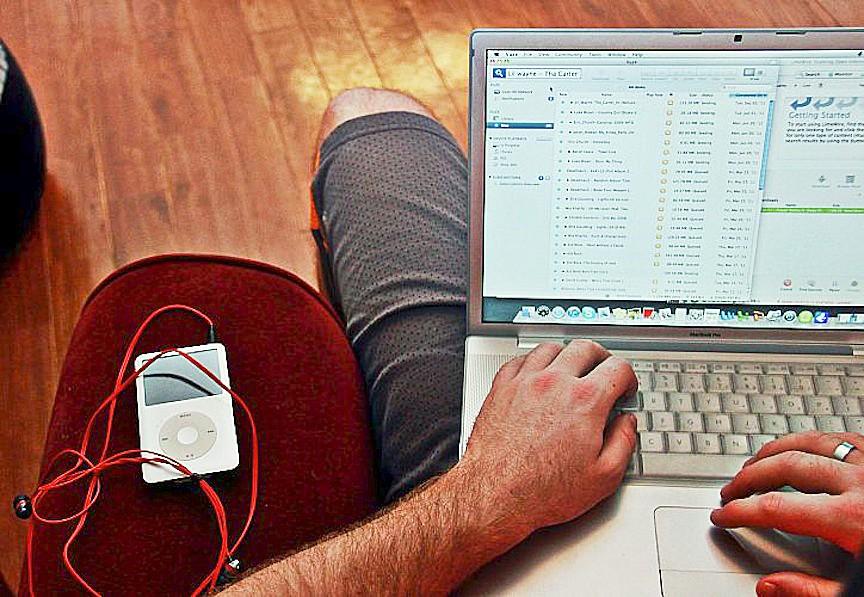 The new song that just permeated your eardrums and has been playing on repeat in your head all day may be free now, but it could wind up costing thousands of dollars in the long run.

That was the message that the Information Technology department at Grand Valley State University sent out on Sept. 20 in its annual email addressed to all registered students, warning them of the dangers of illegal downloads of music and movie files, especially over GVSU’s network.

The email clarifies that downloading or sharing audio or video files from the Internet without the artist’s expressed legal consent and without paying the artist, unless they have made their art available for free, remains illegal and is considered theft under Title 17 of the United States Code under the U.S. copyright laws.

Despite a slight rise in illegal downloading at GVSU that can be attributed to a growing student body, those figures decrease heavily each year following the email, said John Klein, associate director of academic systems.

“Over the past three years we have several hundred cases, all of them being pretty minor,” he said. “We have never gotten to the point where any legal action has been taken by anybody. We feel the email message gets the point across. We haven’t seen drastic increases and we did see an initial drop when we sent the messages out.”

The standard procedure at GVSU when the university is notified that illegal downloads are occurring by the Recording Industry Association of America or the Motion Picture Association of America is to find the students responsible and make them aware that their network privileges will be shut off if the downloading continues. If there is the potential for major copyright infringement, then the university seeks outside help to resolve the issue, as fines starting at $3,000 begin to come into play.

For junior Chris Haggerty, a disc-jockey by profession, illegally downloading on campus was crucial to finding a balanced supply of music for his job. However, at the beginning of last year Haggerty was caught by the university, which proceeded to warn him about losing his network connection privileges on campus. Since then, Haggerty has moved away from illegal downloads.

“Now I definitely see the pros of not doing it,” he said. “I found a website that gives out their music for free and if it’s some better known artist, if you actually buy the music, I’ve noticed that the quality on music is a lot better than when you illegally download it. So for me, the pros don’t outweigh the cons.”

There are many options for students to listen to music for free without downloading or sharing it, such as YouTube, Grooveshark and Pandora, all of which offer listeners free plays.

“We just want people to be aware that it is not illegal to stream music on sites like Pandora, those are perfectly fine,” Klein said. “It’s only when you copy that content to your computer that is illegal. There is a boatload of freeware out there and the best recommendation I have is to go to the site and download the free copies for you.”