Lacrosse hopes rough start will benefit them in the long run 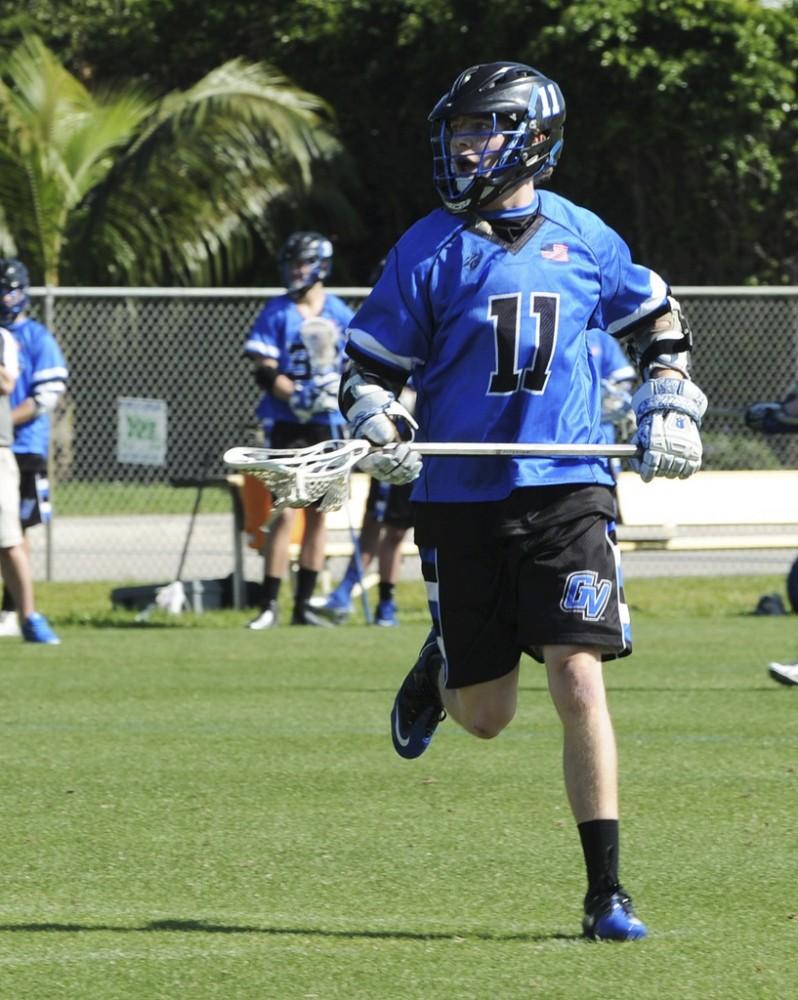 For most people, a trip to Florida for Spring Break means a week of rest and recovery.

If anything, the Grand Valley State University men’s club lacrosse team could do for some rest and relaxation now.

The trip to West Palm Beach was an interesting one for the Lakers, as nine different players took a trip to the hospital due to illness. The depleted squad went 2-2 over the week, matching their total number of losses from last year’s national runner-up team.

Senior co-captain Tyler Farmer knows not to panic and realizes that it is still early in the season for GVSU.

“Overall, our team responded well to adversity,” Farmer said. “It was kind of a shock to open with two losses, but you can’t make any excuses. You can’t go out and win without earning it.”

Intangibles will play a central role in the success of this season for the Lakers who return just four starters from last year’s crew. Despite being a young team, plenty of players remember the feeling at the end of last year, as GVSU lost 9-8 in the national championship.

“Last year left a bitter taste in our mouths,” said head coach Tim Murray. “Getting that close can drive you crazy.”

With the 2013 season already upon them, the Lakers have no time to dwell on last season’s heartbreaking ending. The back-to-back CCLA champions are setting their sights high, hoping to accomplish what the 2012 team could not.

“Every year our goal is to win the conference title and a national championship,” said senior attacker Jeremy Pouba. “We don’t want to settle for anything less.”

If the Lakers are to reach the national championship, success will start behind their high-octane offense. Pouba and Farmer are joined up front by junior attacker Brenden Austin, who is off to a white-hot start in 2013, netting 16 goals, along with three assists.

The Laker defense is centered around junior goalie Danny Kransberger, who has posted a .535 save percentage in four games this year. Kransberger quarterbacks the defense, providing both a strong vocal and physical presence in net. Long-pole defensemen Benson Mason and Mark Pickens spearhead the back end of the field for GVSU, while they look to defensive midfielders Ryan Farlley and Nick Lamberts to help out. The Lakers will have their depth tested, as the team features only five long-pole defensemen, as opposed to seven in years past.

The Lakers have had trouble finding their groove, dropping to 2-3 on the season after a 15-7 loss to Liberty University. Murray believes, however, that these losses will prove to be beneficial in the long run.

“Adversity is unusual for us, but these losses will pay dividends,” Murray said. “When May comes around, this part of the season will have made us a mentally tougher and stronger team.”

GVSU will look to snap their skid against undefeated St. John’s University on Friday.