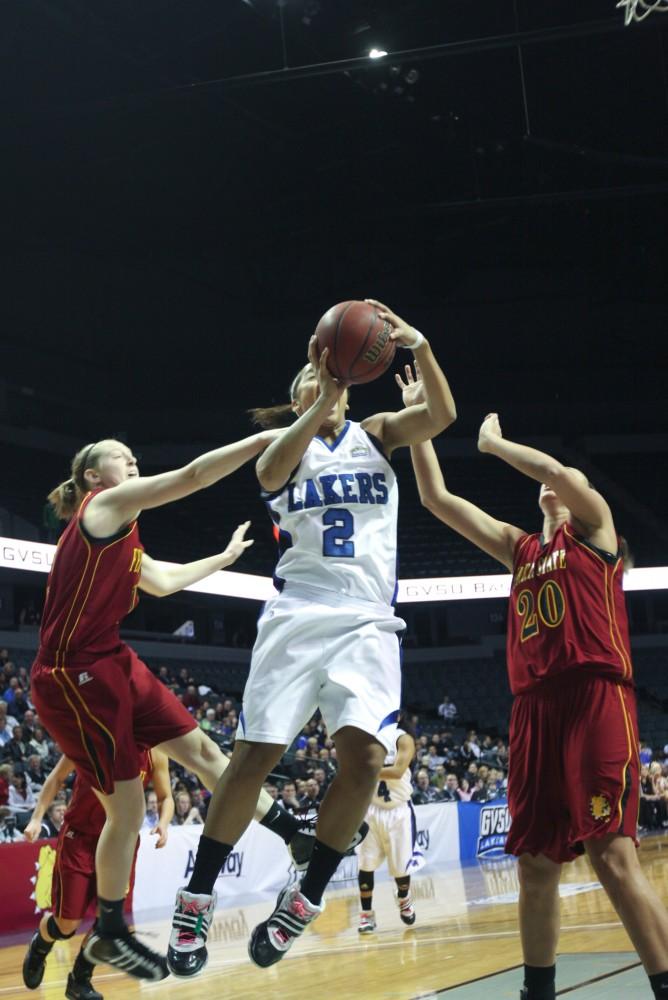 “We knew we kind of let one slip away last time we played them so we came out and knew we had to get the job done and get this one back,” said sophomore guard Briauna Taylor.

Taylor had 21 points, six rebounds and was 7-of-8 from the free-throw line in the win. Sophomore center Alex Stelfox added 16 points and four rebounds, marking the 13th time this season she has scored more than 15 points in a game.

Despite the challenge of playing Lake Superior on the road in one of the most important conference matchups left on the schedule, Stelfox said the team was undeterred by the significance of the game.

“We just knew that we have four losses so far and we’ve learned our lesson from each and every one of them,” she said. “We’ve had a few tough losses and we’ve needed to bounce back. We can’t afford to lose any games right now and that was our mindset on this road trip.”

GVSU shot an even 50 percent from the floor but gained an edge in the game by converting on 24-of-31 from the charity stripe, good for 77.4 percent.

“We’ve been getting to the foul line by being really aggressive off of the dribble and making extra passes down low,” said GVSU head coach Janel Burgess. “I think if you look at the last four games we’ve been successful in going to the free-throw line over 20 times in each of those games.”

With every game down the stretch growing in importance as the GLIAC tournament draws closer, the team will look to replicate the 2-0 start on its current four-game road trip, which will continue with visits to conference foes Ashland University and Lake Erie College on Thursday and Saturday, respectively.

“When you go on the road at this point in the season you’re looking to get a win in every game,” Burgess said. “I like our team on the road and I really like our focus on the road. We don’t have any distractions when we’re traveling.”

The Lakers defeated Saginaw Valley State 66-61 on Thursday night to kick off the road trip. Taylor cited playing defensive basketball and continuing to get key stops late in the game in order to wrap up the second half of the trip against Ashland and Lake Erie.

“We have to come out with the same intensity that we had in the first two games,” she said. “We know that we can go out and repeat what we did in these two games and get the job done.”