How GVSU has made its founders proud 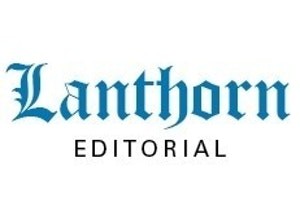 About 60 years ago Grand Valley’s founders came together with the idea for a university. Today, that university has expanded across cities and campuses, growing into one of Michigan’s largest and finest institutions. Not to toot our own horn, but Grand Valley has made some impressive accomplishments in the short time it has been around. On Thursday, Oct. 25, Grand Valley celebrated Founders Day to remember the 282 individuals who dreamed of bringing higher education to the Grand Rapids area. Many may not think much of the name Seidman, aside from the buildings that bear the name, but L. William (Bill) Seidman is the man who made everything possible. Perhaps more should think of Seidman and the rest of the founders who shaped a university that has in turn shaped it’s community and the world.

“Most of the founders were part of the greater Grand Rapids community, and what Grand Valley has done for Grand Rapids is huge,” said Associate Director of Student Life LeaAnn Tibbe. “Those founders would look back and say they did the right thing in starting Grand Valley because look at how our city has benefitted from that.”

Grand Rapids has benefited highly from the university’s impact. In 1988, Grand Valley completed the L.V. Eberhard Center and since then it has continued to provide more additions to the city. With the construction of the Daniel and Pamella DeVos Center for Interprofessional Health, set to be finished May 2021, Grand Valley will now have three health buildings on Grand Rapids Medical Mile. The university’s ever growing health programs have helped supply the city’s medical sector with research, facilities and future educated workers.

Even beyond the medical field, Grand Valley’s presence downtown has helped shape the city of Grand Rapids. It has brought more and more people to the city from students to graduates, from professors to professionals. The people who come for Grand Valley commonly stay in Michigan and give back to their communities. According to the university, there are more than 117,000 GV alums and almost half of them are living and working in west Michigan’s tri-county area.

Grand Valley has brought jobs, education and, most of all, people to the area. It is these people who have experienced the “Laker effect” that utilize Grand Valley’s resources to improve their lives and their communities. Often, it can be easy to overlook the greatness of a university when focusing on the costs, but looking back at those who made it possible is necessary to see that greatness.

Bill Seidman’s statue stands outside of the Mary Idema Pew Library, to remind those in the community of the founders who could never have imagined the impact their dreams would make. Remembering Seidman and the rest of the founders can remind the community of how far Grand Valley has come in such a short amount of time and also think of where the university is going next.

The university has brought in millions of dollars to the Grand Rapids area, provided resources and education to hundreds of thousands all while maintaining the values of the founders. At its core, GV’s community is its most impressive and effective byproduct of the university’s efforts. Numbers aside, the university has created a community that wants to learn, grow and make the world a better place.

“I would think that (the founders) would be really proud of where Grand Valley has come because it is a very diverse institution,” Tibbe said. “It’s not just your liberal arts and sciences, it’s your health, business and engineering. So we have really met all of the needs of the growing community.”