Majora Carter to speak at GV 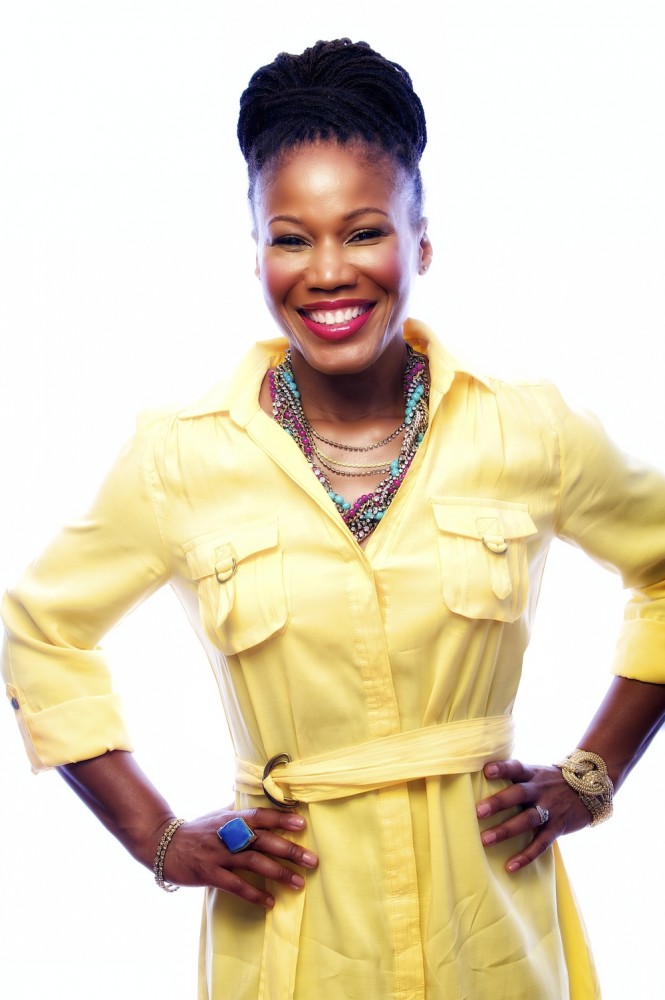 Whether it’s re-inventing what the payphone means to New York City or turning the South Bronx area into a green space, Majora Carter has a driving passion to make a difference in the area that she once hated. Internationally recognized as an urban revitalization strategy consultant, real estate developer and Peabody Award winning broadcaster, Carter has garnered a large amount of recognition.

For this reason, among others, Grand Valley State University’s Allendale Campus will host Carter Jan. 24 at 5 p.m. in the Kirkhof Center’s Grand River Room. As a guest contributor during the Martin Luther King Jr. Commemoration Week, Carter will be speaking about ways she has turned the poorest areas of the U.S. into regions with a bright hope and future.

Bobby Springer, Associate Director of Multicultural Affairs at GVSU, said that drawing awareness to the food justice movement was the reason the university brought in Carter.

“She is well-versed in this area, and we thought it would be important for the community to know about the food justice movement,” Springer said. “Judge hatchet spoke a little about this in her presentation Wednesday, and how we have this country where kids go without food on a daily basis. In particularly, inner- city kids do not have access to the better quality items that are provided at the larger super markets, which are not present in these neighborhoods. If they are, then the price is very expensive. In the Bronx, where Carter is from, there is a large amount of empty buildings, and I know she has been working hard to create green space in those areas. I think we will be hearing different methods by carter about how to fight justice in another area.”

Carter grew up in the South Bronx, an area known for its criminal activity, waste management plants and empty buildings. There she developed a need for change.

“Through the South Bronx, I got to see that poor communities of color, and poor communities in general, have a tendency to be treated as regional sacrifice zones,” Carter told CNN. “It occurred to me that if I wasn’t doing something about it, then why would anybody?”

She graduated from the prestigious Bronx High School of Science in 1984 and soon moved onward to Wesleyan University, where she completed a degree in film studies in 1988. A few years later, Carter completed a Master of Fine Arts at New York University in English and creative writing, and implemented the South Bronx Film and Video Festival, among other public art projects.

The turning point in Carter’s career came when she got word that the landfill known as Fresh Kills in Staten Island would soon be shut down and potentially split up and moved to the boroughs. If New York City and New York state allowed this, then 48 percent of the city’s waste would be brought to this neighborhood.

“Fighting against that facility…(was) the most important thing I could have done at the time,” Carter told Yoga Magazine.

With the ongoing dream for the South Bronx to become a place that people know as part of a healthy economy and environment, Carter started the nonprofit corporation known as Sustainable South Bronx (SSBx) back in 2001. With active green job training, community greening programs and social enterprise, SSBx accepts donations to support the restoration of the South Bronx into an area with high sustainability.

While presenting at a Technology, Entertainment and Design conference in 2006, Carter said, “If you are told from your earliest days that nothing good is going to come from your community, that it is bad and ugly, how could it not reflect on you?”

Carter will be speaking more on her inspiration for urban revitalization and her success in creating the public radio series “The Promised Land.”

For more information about the week’s events, visit www.gvsu.edu/mlk