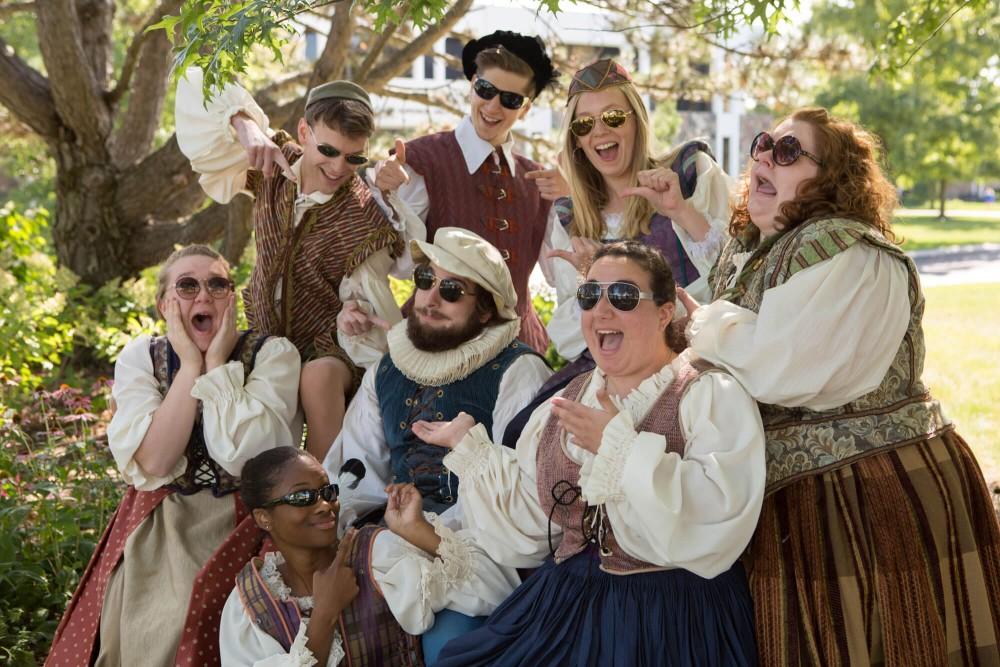 “Defy the Stars” is a fictionalized true story which takes place in 1942 at the Westerbork Transit Camp in the Netherlands, revolving around two actors who perform Romeo and Juliet in order to avoid deportation to Auschwitz. While there is a romance in the play, Watson said he focused on developing a theme of a strong female friendship, which is not typically an element in many Shakespearean plays.

“The friendship is inspired by Rosalind and Celia’s relationship in “As You Like It”, one of the few Shakespeare plays that features actual female friendships,” Watson said.

Watson graduated in 2008 with a degree in theatre and a minor in writing. Throughout his GVSU experience, he was active in the theater program and participated in the Shakespeare Festival. Watson describes himself as a “kinetic learner.” He said his onstage experience at GVSU helped develop his acting skills and his understanding of Shakespeare’s work.

“My Shakespearean training at GVSU and the festival as a whole set the stage for my professional career as an actor,” Watson said.

Watson supports this claim with his first-hand experience as a former Laker.

“The inclusion of an Equity actor and local professional actors in the productions provided a wonderful resource and sounding-board for myself and fellow student actors,” Watson said.

Reflecting on his immense on-stage and in-rehearsal experiences at GVSU Watson said, “I was given the creative freedom to make bold choices, and to fail, and to learn from my mistakes while growing as a performer.”

Since graduation, Watson has pursued a career in theater and production. Currently, Watson is acting in New York City for the long running off-Broadway show “Drunk Shakespeare.” He is one out of twelve actors in the Drunk Shakespeare Society. In addition to his off-Broadway show, he has been working regionally around the nation in film and television. “Defy the Stars” has also been a work in progress for three years.

Watson is not the only GVSU alumnus who returned to the stage this year for the Shakespeare Festival.  An all-alumni cast and crew was featured in the reading of Watson’s “Defy the Stars”. Alumnus Jason Flannery directed the performance.

All three shows were free to the public. While the shows were not fully staged, audience members were invited to participate in a talk-back with Watson and the cast following the shows on Saturday and Sunday. It was an opportunity for Watson to receive feedback and for the audience to discuss directly with the playwright, as well as his creative process and the Shakespearean and Holocaust related themes in the play.