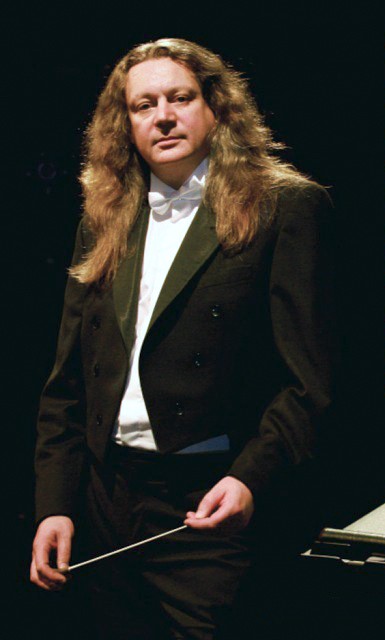 Grand Valley State University will collaborate with Kingston University of England as part of the Cultural Olympiad.

The dance, music, theater, visual arts, film and digital innovations are all part of a series of events leading into the 2012 London Olympic games, the largest cultural celebration in Olympic history.

The series kicks off March 1 with GVSU conductor Henry Duitman’s “Musical Tribute to London,” which will include performance from GVSU’s Symphony Orchestra and Kingston professor David Osbon’s composition Nelson Overture. Osbon will also speak at the event, which is in recognition of Kingston University and GVSU’s 25-year partnership.

The “Musical Tribute to London” is only the beginning in a long list of performances leading into an international showcase which will link Allendale with Amsterdam and London via technological theater.

“It’s interesting because when I first heard which cities were involved, I thought … these are major metropolitan areas in the world,” said Shawn Bible, GVSU dance ensemble director and professor. “But it’s about time a small institution like Grand Valley is recognized for the quality of their faculty. That’s what it all comes down to, the expertise of mind.”

The GVSU dance ensemble will perform a two-person routine choreographed by Bible and set to the composition of GVSU’s own Daniel Rhode. The dancers will perform in Allendale, but in sync with dancers from Amsterdam and Kingston. They will all be equipped with specialized outfits containing Wii controllers, which trigger pre-recorded musical events.

“Integrating dance and technology has been an innovative choreographic experiment that highlights the specific ways technology affects the movement of the physical body,” Bible said in a GVSU press release. “The dancers’ kinesthetic performance triggers the athleticism of the Olympic games while integrating the rapid growth in technological advances inherent in our everyday lives.”

Bible was restricted in his choreography by a stationary camera, which meant he could only use two dancers who were limited to up and down stage movement. But Bible did not see this as a hindrance; he said it was just a different way to highlight the dancers in their best light while also pushing the boundaries of what dance is.

“At any time during the performance, the camera could switch to Kingston University,” Bible said. “Sometimes you’ll be watching our dancers, but hearing Kingston’s music. Each university has its own music being played; its own dance being danced.”

The event, titled “Bodies in Motion,” will premiere on July 9, but Duitman will begin the collaboration on March 1 at 8 p.m. with “A Musical Tribute to London,” playing in the Louis Armstrong Theatre. The event is free.