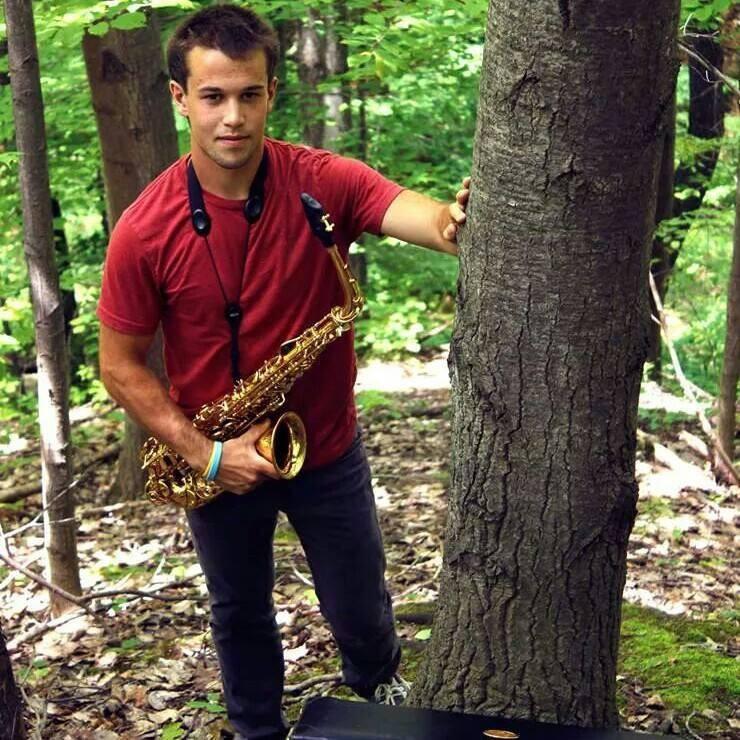 Aninos was a fifth-year music education major, who hoped to become a music teacher and a lacrosse coach.

The 22-year-old was very involved with life at GVSU. He was a founding member of the GVSU indoor box lacrosse club and a member of Phi Mu Alpha, a music fraternity.

Aninos was also a part of a saxophone quartet and other various music groups in the School of Music and Dance.

“Alex was a hard worker, he was very dedicated,” said Carol Aninos, his mother. “He couldn’t wait to be a teacher. He always strived, he always wanted to be better.”

According to his mother, playing music was the most important thing to Aninos.

“He was a great musician,” said Brett Ortiz, president of Phi Mu Alpha. “Everyone in the Performing Arts Center is like a family, we were hit really hard by (his death). The day we found out, several people showed up, and we had a little memorial and bonded over that.”

Outside of his music, Aninos was very active. He was a lacrosse coach at Hudsonville High School and was an officer and captain on GVSU’s indoor box lacrosse team.

“He was our program’s first goalie,” said Kevin Scheiber, president of the club. “Without him, our team would have never started. His love for the game was unbeatable, and his compassion toward helping others was undeniable.”

Teammates, fellow musicians and fraternity members all remarked on how hard Aninos worked.

“Alex always pushed us to be the best we could even when we had nothing left to give,” Scheiber said. “Alex never gave up; whether we were losing a game or conditioning at practice, he led by example and was our primary motivation to succeed.”

“He has a lot of memories (at GVSU),” said Carol Aninos. “People welcomed him there; the music department, I can’t say enough. He grew up to be a wonderful person, he was a great kid.”

“The world will always be a little bit darker without his smile,” Scheiber said.

“I’ll never understand, but he’s still doing what he wanted, teaching, wherever he is,” said his mother.

Aninos was killed in a crash that occurred at 8:17 a.m. when he attempted to make a U-turn and was hit by a semi-tractor trailer on Belding Road in Cannon Township, Mich. Aninos was on his way to his teaching assistant job at Lakes Elementary School, near Rockford.

For those wishing to attend the memorial service, it will be held this Friday from 2 p.m. to 8 p.m. at Elton Black and Son funeral home. The funeral home is located at 1233 Union Lake Rd. in White Lake, Mich.

The funeral will be Saturday at 11 a.m. at St. Patrick Parish of White Lake, located at 9086 Hutchins Rd., also in White Lake, Mich.