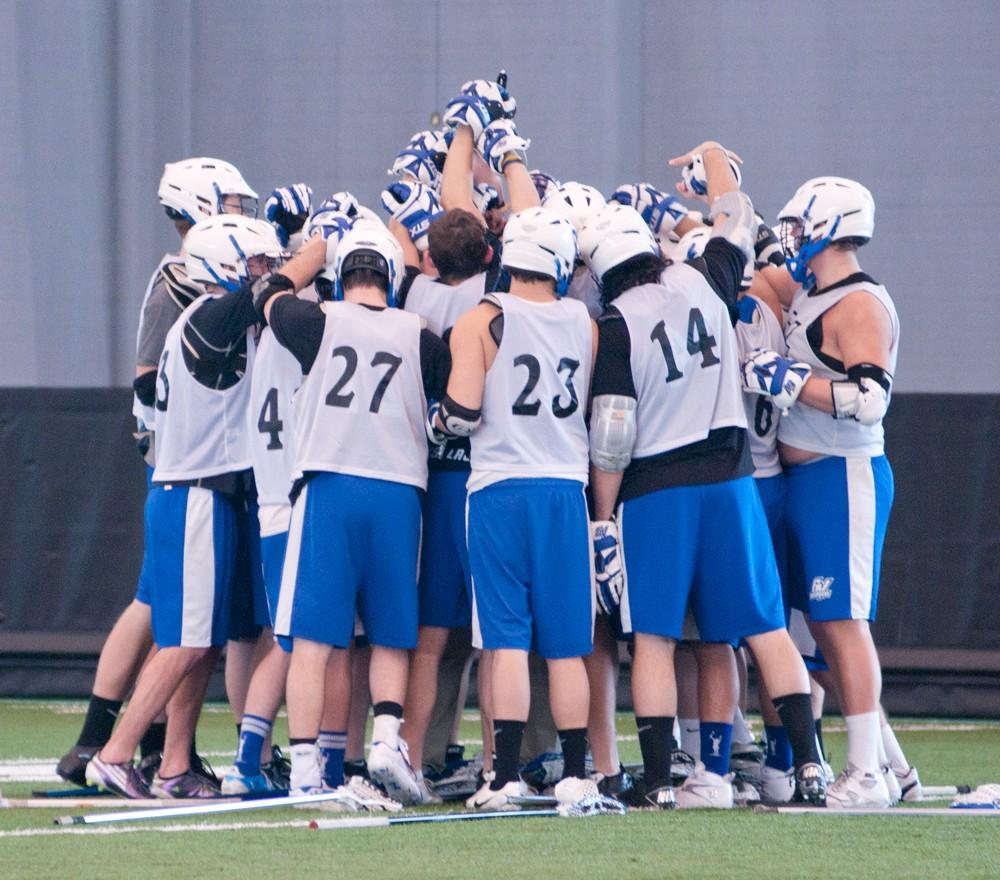 The Grand Valley State University men’s lacrosse team will open its regular season at 3 p.m. on Saturday in the Laker Turf Building against Butler University.

The Lakers look to improve from a quarterfinal loss last season to Davenport University under the tenure of first-year GVSU head coach Tim Murray, a Butler University graduate who played on the Bulldogs lacrosse team.

“I have fond memories of my days as a Bulldog,” Murray said in a press release. “Playing against Butler University will always have a special meaning to me. It is even more exciting to open our season with them this year. They should be tough, disciplined and competitive – a good test for our team.”

Expectations are high for the 49-man team, which returns many starters from last season including four seniors. In pre-season matches, the team defeated two varsity squads: Trine and Adrian College. Ultimately, the goal is to bring home the Lakers’ first national championship.

“Before we get there we have to win our conference tournament,” said junior player Dan MacDonell. “To get there, we have to take it one game at a time and play everyone as tough as we can.”

The one-game-at-a-time philosophy has resonated with coach Murray and the team.

“That’s the only way you can do it,” said senior player Cam Holding. “As long as you win one game at a time, there’s nothing to it.”

Holding returned to GVSU to play his senior year after playing at the Division II varsity level last season for Florida Southern University. He returned to play at the GVSU club level after entering the professional draft for Major League Lacrosse, where he was drafted by the Edmonton Rush. After playing his first two seasons at GVSU, Holding said the current squad reminds him of his freshman year when the team fell in the semi-finals.

“The expectations for the year are to win the national championship and the CCLA championship,” he said. “During my freshman year when we went to the semi-finals, we had a very good team. For this to be my last year and to have such a talented team again, it would be a shame to not go back and win what we almost won three years ago.”

The road to the national championship will start on Saturday with Butler, a team the Lakers have beat in the past.

Both MacDonell and Holding stressed not overlooking the Bulldogs.

“One of the big things is to not get a big head,” Holding said. “We have to play every team like they’re the best in the league. We’ve beaten Butler in the past, but if we don’t come out ready to play and be a top team, then we’re going to have problems.”

Playing with confidence and pacing – the keys to the game the Lakers did well in their preseason wins over Trine and Adrian – will be crucial for success on Saturday.

“We need to offensively run our system and apply pressure,” MacDonell said. “We really need to bust our tails in the clearing and riding game. After that, it’s just wanting it, hustle and heart.”