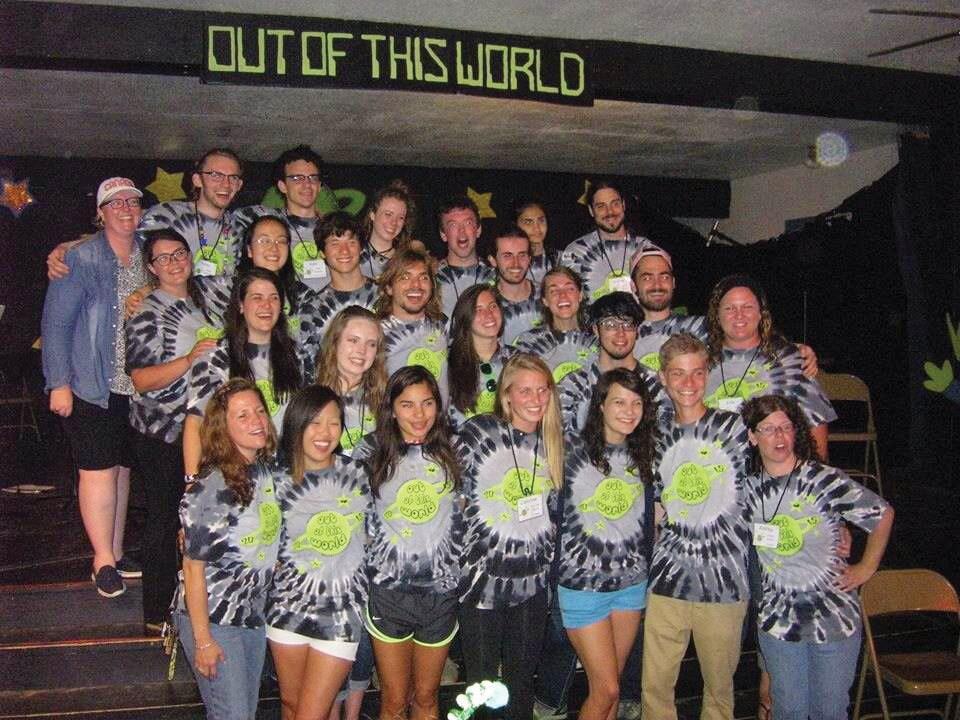 At the end of each summer, children and young adults diagnosed with the condition known as Williams Syndrome gather together from around the world for two weeks of fun and games at the Whispering Trails therapeutic campground.

Mackenzie Kroll, a fifth-year special education major at Grand Valley State University, got the chance to experience this joy firsthand when she worked at the Whispering Trails campground. Williams Syndrome is a very rare genetic condition that affects 1 in 10,000 individuals around the world and an estimated 20,000 to 30,000 within the United States.

Common traits of those diagnosed with Williams Syndrome include cardiovascular disease, developmental delays and learning disabilities.

However, many people may not know that those affected by Williams Syndrome are also characterized by their extremely friendly behavior, joyful attitude and passion for music.

“I learned about the camp when I was in Julie Lensink’s class last fall,” Kroll said. “A mother came into our class with her son who has Williams Syndrome. She talked about how he went to the Whispering Trails summer camp, so when she said they needed workers I decided to sign up.”

During her two weeks as a camp counselor, Kroll spent her time working with campers affected by Williams Syndrome who were between the ages of 6 and 20.

Kroll said the campers’ friendly and social behavior was clearly evident throughout her two-week stay.

“Being at the camp, you almost feel like you’re living in a utopia,” Kroll said. “It’s this place where everyone is a friend and everyone cares about each other. You will never feel more loved than you are at Whispering Trails.”

Similar to traditional summer camps, Kroll said campers got to participate in activities such as kayaking, rock wall climbing, swimming and even a talent show.

While those affected by Williams Syndrome are recognized from such organizations as Whispering Trails and the Williams Syndrome Association, Kroll said the general public has yet to become familiar with the condition.

Julie Lensink, special education teacher with the Ottawa Area Intermediate School District, helped encourage Kroll to attend the camp after bringing in the special guests to her class.

Lensink said she would encourage anyone, whether student teacher or not, to take a look at Whispering Trails as a possible volunteering opportunity.

“I think it’s important for student teachers to have experience outside of student teaching and an academic setting,” Lensink said. “It’s typical for most students who work at camps to come back and share how positive it was as well as how much they learned from the campers.”

To learn more about Williams Syndrome and how to help, go to www.williams-syndrome.org.