Holocaust survivor’s memoir back in circulation 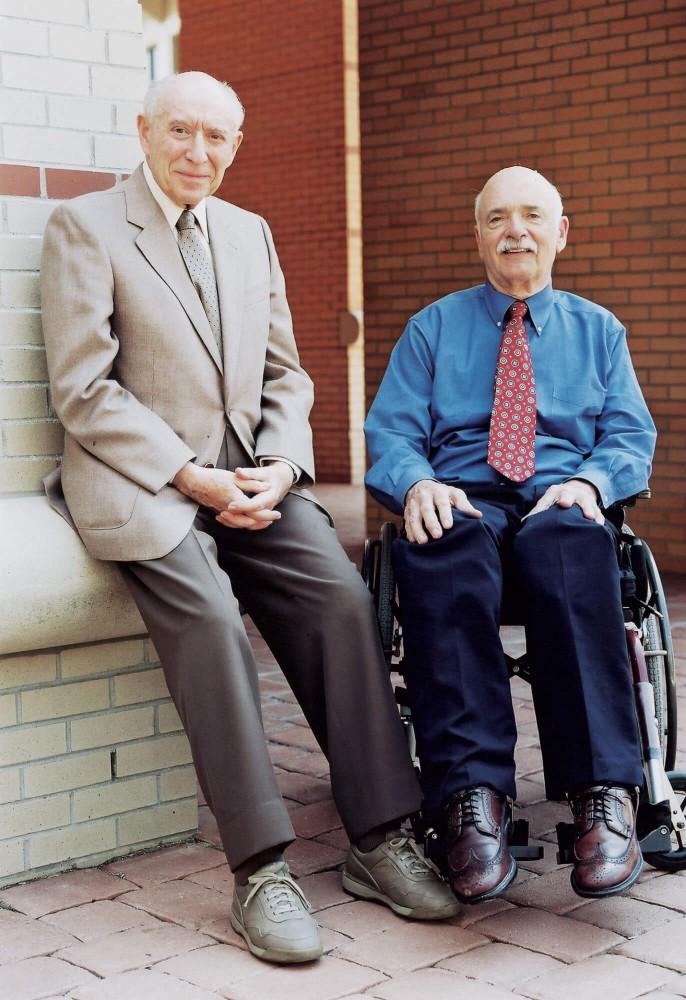 Grand Valley State University’s first university-published book, “Good Morning: A Life Story of Courage and Survival in the Face of Nazi Aggression,” by Holocaust survivor Joseph Stevens, is coming back into circulation for the first time since it was published in 2001.

The biographical book outlines the life of Stevens, beginning with the rise of Adolf Hitler in Germany. Stevens was an art student at the Federal Graphic Institute of Learning and Research until Hitler marched into Vienna in 1938. After that, he was a part of an underground resistance in Poland against the Nazis, where he led raids, stole weapons, hijacked trucks and sabotaged Nazi plans.

He left for the U.S. in 1949, where he went from Detroit to Grand Rapids in 1956. He then went on to start a successful business in Grand Rapids called “National Correct Color Services.”

Jack Stevens is the son of the late Joseph Stevens, who died in December of 2011 at 93. Jack Stevens said when he was growing up, his father would share with him stories of his experiences during World War II. He said his father was troubled by the suffering that he witnessed in his life and the loss of his family to the death camps.

Jack Stevens said he never got the full picture of his father’s experiences when he was growing up, and he urged his father to write some of them down. He said his father was reluctant at first, saying his grammar wasn’t perfect and that he was possibly mentally blocking some parts out as well. Jack Stevens said after his father began writing, he slowly got more into it.

The process of completing the book took 10 years, and it was published by GVSU in 2001 with the help of Arend Lubbers, GVSU’s president at the time; writing professors Roger Gilles and Daniel Royer; and English professor Robert Franciosi.

Joesph Stevens spoke at GVSU in 1988 for a class taught by the late William Baum, professor of political science. Jack Stevens said his father never enjoyed speaking about his experiences but felt it was his “duty” to do so.

All the proceeds from the book go to the Joseph Stevens Freedom Endowment, which funds lectures based on basic human rights, typically dealing with subjects related to the Holocaust.

“(The endowment) is currently a bright spot and certainly supports his memory,” Jack Stevens said.

Jack Stevens said his father thought the Holocaust was always a relevant topic because of repeating history.

Jack Stevens said he had deep admiration for his father and his outlook on life.

“He was a man who saw the world and always wanted to make it better,” he said. “He looked at each day as a new opportunity. He was a remarkable person in many ways. He tried to change the world for the better.”

Joseph Stevens’ book can be found on Amazon Kindle, Apple iBook, and Barnes & Noble Nook. There is also an Amazon Kindle print-on-demand edition.