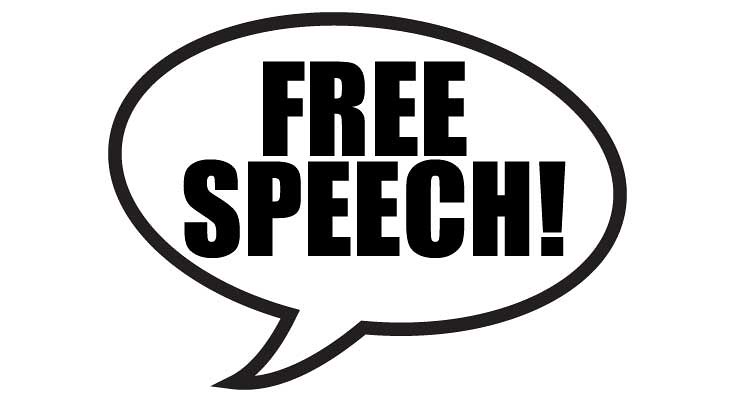 There are certain times of year at GVSU where students who might been viewed by onlookers as at-risk for unplanned pregnancies try to avoid the area around the clock tower (or at least walk very quickly around it.) Last year, it was a few ladies handing out roses to women who looked like they might need the attached informational tag about abortion alternatives. Definitely weird, but kind of flattering in a way that made it difficult to complain about. Last week’s demonstration was decidedly less friendly, as the student organization Protect Life at GVSU held their “Cemetery of the Innocents” near the Cook Carillon Tower from April 8 to 11.

According to their sign, each little pink flag represented 927 of the 927,000 abortions that are performed each year. The grave imagery ruffled pro-choice feathers, especially after weeks of walking past posters for their “Stump the Pro-Lifer” event. The dialogue, which took place on April 2, was a call for pro-choice students to ask them challenging questions about abortion (and not an invitation to listen to a tragically named guest speaker, as I had assumed from walking quickly past the posters.) Apparently organizers reached out to the professors of certain Gender Studies classes to invite their students to put up pro-choice arguments, which would be a really accurate stereotyping of the kind of students who take gender studies classes if that demographic had any interest in listening to a man explain why he’s pro-life for two hours.

Still, while Protect Life at GVSU invites debate with their opponents, other campus pro-life groups in regions more liberal than west Michigan would like a little less conflict with their organizing. Complaints about being shut down on college campuses from conservative activists like Kristan Hawkins, the president of Students for Life of America, were a big part of Trump’s inspiration for his executive order to protect free speech on college campuses. It directs the federal agencies that fund university research to makes schools “vow” to uphold the First Amendment. “We’re delivering a clear message to the professors and power structures trying to suppress dissent and keep young Americans . . . from changing rigid, far-left ideology,” Trump said, explaining the order. “If the university doesn’t allow you to speak, we will not give them money — it’s very simple.”

It is very simple. In fact, ACLU Senior Legislative Counsel Kate Ruane concluded that “it tells public universities to abide by the First Amendment, as they are already required to do, and private universities to abide by their existing policies,” which they already follow. Trump cites two incidents at the University of California as examples that colleges aren’t actually playing by the rules; Hayden Williams, who was punched in the face while recruiting on the Berkeley campus for Turning Point USA (a conservative youth non-profit facing accusations of racial bias and illegal involvement in the 2016 political election from former employees), and Milo Yiannopoulos (a “culturally libertarian” political commentator who got banned from Twitter for organizing racist harassment campaigns), who was canceled as a Berkeley guest speaker after student riots protesting the event. This is despite the fact both of these instances were students shutting down “free speech,” not the college itself. The 2017 Berkeley Riots created a security risk that the university police department couldn’t ignore by letting the event continue, and it’s not as if the random student who punched Williams was on the board of trustees.

Students disagreeing with other students isn’t a violation of our constitutional right to free speech. If that disagreement is violent, then it’s a violation of our constitutional right to not be assaulted, sure, but it’s not institutional censorship of our ability to express opinions. Besides, there’s something ironic about the government ordering universities to respect the First Amendment’s protection of free speech when the First Amendment explicitly exists to protect free speech from the government. Hey, what was that “clear message” in Trump’s Executive Order again – the one attempting to let the federal government micromanage what counts as censorship on college campuses? Something about it being specifically made to combat opposing political ideologies? Oh, well. It probably wasn’t important.