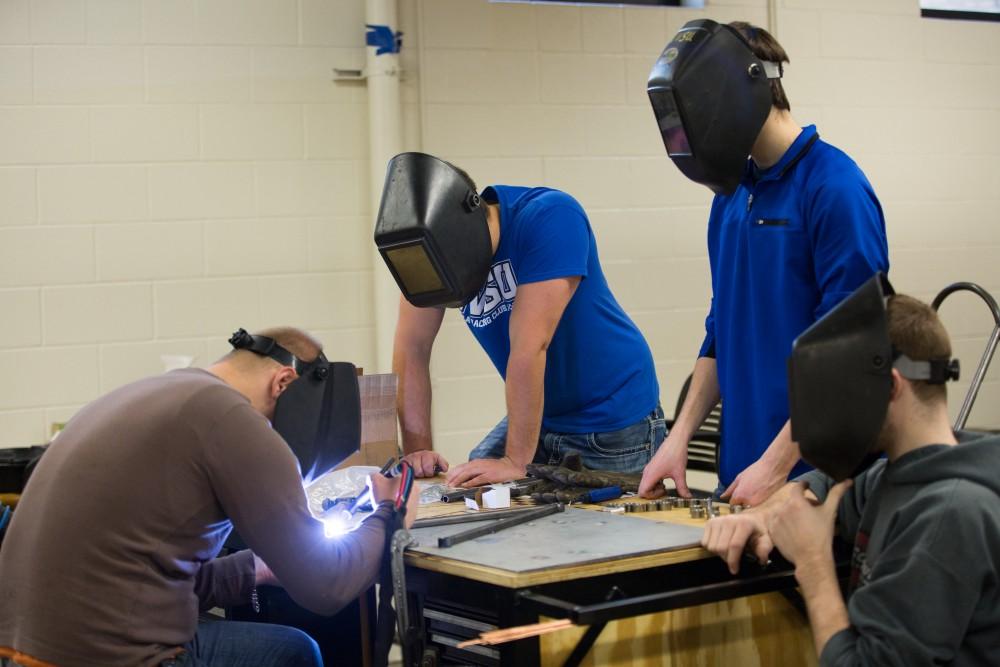 For many incoming freshmen, the shock of a college workload can add stress and strain to their lives. This can be especially true for those pursuing degrees in science, technology, engineering and mathematics (STEM). Often perceived as some of the most difficult college disciplines, Grand Valley State University’s STEM programs have a freshman dropout rate of nearly 60 percent within students’ first two years at school. Last year, department officials decided it was time to take action in a new way.

On Nov. 21, 2017, the National Science Foundation’s Scholarships in Science, Technology, Engineering and Mathematics program awarded GVSU a $1 million grant for a new support program for STEM students. The money will be used for scholarships and program costs over the next five years to improve the lives of students who would otherwise be forced to spend a great deal of time working to support their education.

The new program, Retaining and Inspiring students in Science and Engineering (RISE), will provide assistance and guidance to students pursuing degrees in STEM. The project will begin in the fall 2018 semester and will focus on helping academically gifted students from low-income families. Leading the effort as principle investigator, alongside several co-investigators from multiple departments at GVSU, is professor Deborah Herrington of the chemistry department.

The project’s focus on low-income students, as well as its focus on incoming freshmen, is an important difference between the RISE program and GVSU’s previous efforts targeting problems in STEM.

“In the past, we had identified a significant trend among STEM students to drop out during the last two years of study,” said Paul Plotkowski, dean of GVSU’s Seymour and Esther Padnos College of Engineering and Computing and one of the co-investigators involved in the new program, via email. “This is largely due to financial challenges. Our last effort, MAS4, was aimed at supporting upper-class students, and this was effective with nearly a 100 percent graduation rate among those students.”

Plotkowski explained that RISE’s focus on low-income students will lead to a higher retention rate within the STEM programs at GVSU.

“When students have to work too much and are not well advised, they either leave school or switch to non-STEM majors,” he said. “It is recognized that students who are low-income and frequently the first generation to go to college do not persist at universities at the same rate as more affluent students; this is a particular problem for students in the STEM fields that have a heavy time commitment for class, labs and other things.”

Jerry Johnson, associate professor of social work at GVSU and another one of the co-investigators involved in RISE, has taken on the role of gauging the success of the program over time.

“My part is to do research into the program itself,” Johnson said. “What we want to do is try to figure out why it’s so hard to get students from poor backgrounds and minority groups into STEM careers. My job is to follow these people throughout the project and figure out what these barriers are and figure out if the program is putting its resources into the right place.”

The incoming freshmen in this program will largely be recruited from nearby community colleges, such as Grand Rapids Community College, Northwestern Michigan College and Muskegon Community College. Johnson plans to conduct research on students throughout the entirety of their time in the program and hopes to be able to use the information to help other universities struggling with the same issues in their STEM fields.

“There is a great deal to find out,” he said. “Low-income people have family-related and economic factors that split their time more than other students do. These are the types of people we are trying to help with this program, and I’m excited to learn more about how we can help. We’re going to see if we can generate new information to help other universities around the country.”

According to Plotkowski, the first steps are already underway, and it looks as though the program will be off to a strong start in August.

“We are currently getting the program set up,” he said. “We’re setting up a web page on myScholarships for students to apply, and we’re identifying incoming freshmen interested in STEM who have a GPA of 3.4 or higher and are also eligible for the Pell Grant. Our next step is to review applications and select students who will participate, starting this coming fall semester.”