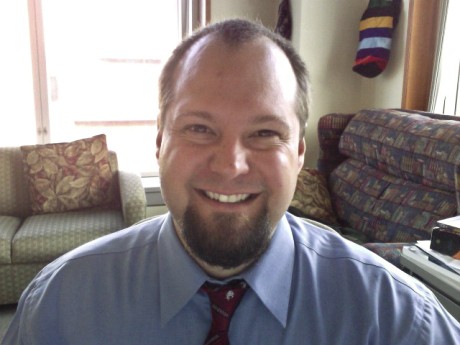 Joel Wendland, a liberal studies professor at GVSU, and Patrick Johnson, assistant director of the Fred Meijer Center for Writing and Michigan Authors, have teamed up to put together the workshop. The program, which was funded with the assistance of a $4,000 grant, begins Wednesday with a meeting for student veterans.

The workshop will give student veterans the opportunity to receive help with their writing, including student papers, job applications, cover letters or resumes.

For Wendland, who served in the U.S. Army from 1991 to 1993, the project is the result of a determined initiative and a will to give back, things he wishes would have been available for him after serving in the military.

“After I got out I went to college right away and found myself struggling, like there were a lot of cobwebs in my head and I could have used these resources when I started,” he said. “I had always had the idea for a project like this, specifically to provide a resource to veterans. Over the past few years writing has been part of my job and part of my professional scholarship so I figured this would be the area where I should focus.”

Wendland and Johnson, who has family members who have served in the armed forces, met early on in the semester and have since been working on the project. The grant was approved a month ago and will fund stipends for Wendland and Johnson, resource materials such as books for the veterans, refreshments and wages for Writing Center consultants should they need to be brought in to help with the project.

Johnson and Wendland met with members of the student veterans organization in September and were met with positive feedback.

“The primary thing I want the veterans to leave with is a clearer vocabulary for working with their writing and the recognition of the support services that are available to help them,” Johnson said.

Wendland and Johnson will also employ the use of a program called Assignment Focus Organization Support Proofreading to teach student veterans successful ways to give criticism in reading each other’s works.

“It’s meant to give them sort of a practical approach to providing useful feedback that’s multifaceted, that looks at global areas as well as local issues, not just grammar and punctuation but some of the bigger structural problems or issues that might happen,” Johnson said. “It’s also positive feedback and the goal is not to just say, this is wrong, change it, but it gives them feedback toward their peers on their writing and what they’re hearing as readers.”

At Wednesday’s meeting, the team will focus on collecting research and data on areas that student veterans need the most help in, which they said will help the project grow in time.

“There are probably two things that we are primarily going to be doing,” he said. “The first is simply doing a pre-post survey both for research purposes and getting feedback from them. That will include what kinds of things they think about coming in, where their confidence levels are at, what areas of concern they sort of have, what their opinion of sharing with others is — some general formatting questions.”

Wednesday’s meeting will take place from 2 p.m. to 3:30 p.m. in room 2201 of the Kirkhof Center, where Johnson and Wendland will meet with any student veterans interested in the project and plan future schedules.