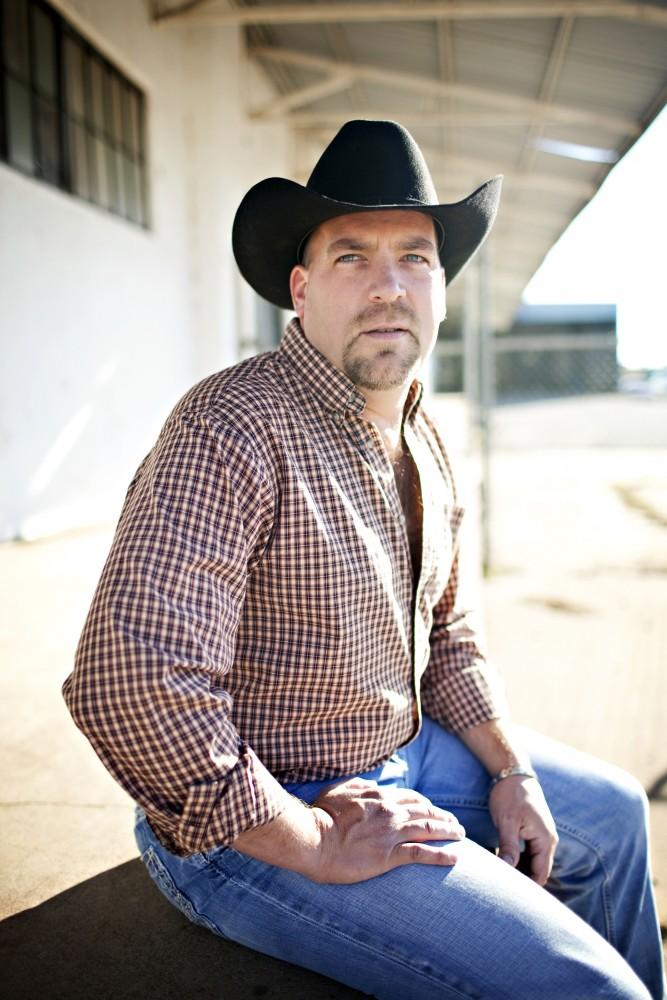 Born in the farmlands of Wayland, Mich., Stolen Horses has broken loose into the country music scene and isn’t showing any sign of slowing down.

Since David Lyle, lead vocalist, founded the band in the ‘90s, they’ve slowly progressed toward a goal of playing professionally. Having opened for national acts, such as the Zac Brown Band and Justin Moore, and with several upcoming shows in Grand Rapids, the band doesn’t have plans of stopping.

They’re rollicking music and boisterous sound has drawn in fans for years.

“A wide number of people can relate to what we’re saying, and that’s the ultimate goal,” Lyle said.

He traces his love of country music back to his family and remembers his father playing guitar and singing, all while growing up in a farmhouse.

Before receiving his first guitar at 14 years old, he remembers having an enthusiasm for country music that manifested itself into playing air guitar on the back porch of his farm. But once he had a guitar, Lyle got down to business by putting a band together.

“Me and my cousins got together; we started making some noise,” Lyle said.

The band always rehearsed out in the barn, which Lyle said frequently turned into parties. Their first gig was a 50th birthday party and they didn’t have a name, so they came up with one for the show.

“I’ve been into horses since I was a kid,” Lyle said. And so, Stolen Horses was born.

The group only knew 12 songs and the attendees were mostly family, but it was enough to instill a love for performing in Lyle that wasn’t going away.

It wasn’t until the ‘90s that Lyle became serious about performing professionally. As the band grew, members left to start families and work in full-time careers.

In 2005, Lyle moved to Nashville for a year and a half to “get a grip on how the music business worked.” Living in Nashville, country music capital of the U.S., was a transformative experience for Lyle.

“You’re a little fish in a big pond,” Lyle said.

While down there, he cut three songs with producer Gary Sadker using studio musicians, which would later make it onto Stolen Horses’ debut album, “Stick in the Mud,” and learned the reality of the music business. Nashville helped him realize the level of dedication needed to be successful in a cutthroat competition of talented musicians.

“In order to be totally successful, you have to drop everything in life,” Lyle said.

Armed with this knowledge, he headed back to Grand Rapids, where he began to seriously consider the Stolen Horses line-up. He met musicians through word-of-mouth, looking for the best to start working with. He found Sean Kittredge to play drums and vocals, Joe Afton for lead guitar and vocals, and Kevin Sheppard to play bass and vocals – all are still in the band today.

Since forming this line-up, Stolen Horses has been busy beefing up their performance experience. Upcoming appearances include shows at the Back Forty Saloon on Feb. 8 and 9, and then a show at the Twisted Bull on Feb. 17. On Feb. 15 the band returns to its roots by playing at Hilliards Lounge in the Wayland area.

While Stolen Horses is a bar favorite, they also play a lot of benefits, including the Relay for Life last year in Wayland. And they’ve rocked bigger venues too, such as Comerica Park for the Detroit Tigers’ Country Music Night and opening for the Billy Currington concert at the Fifth Third Ballpark last year.

They’re favorite shows are opening up for bigger acts, such as Joe Nichols, Jack Brown and Mel McDaniels.

“Those (concerts) are the most fun, you’re talking about a crowd of at least 1,000 people,” Lyle said. “Instead of getting nervous, you’re more pumped up.”

“There’s a stereotype that country music is not music you can dance to,” Lyle said. “You can definitely dance to Stolen Horses.”

The band has played smaller shows, including a tailgate show at Grand Valley State University in 2008. But for now, they’re focusing on a looking at a larger scale by boosting their already solid resume of performances, with many more to come.

“We’re doing such fun stuff that a lot of local bands aren’t able to do,” Lyle said. “Right now, we’re just focusing on getting our music heard.”