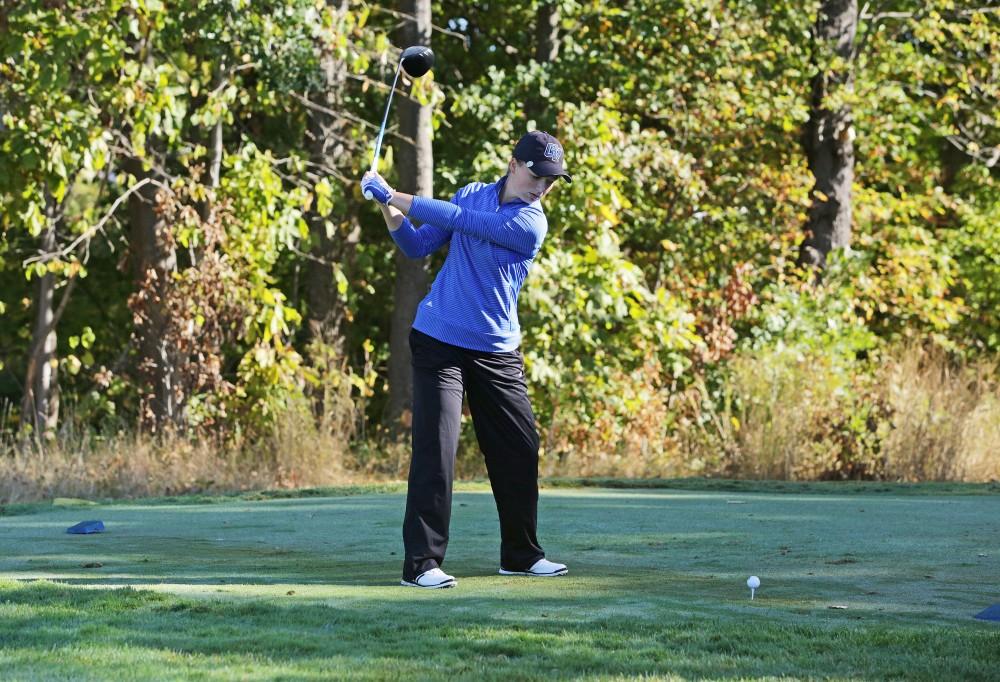 After having a few weeks off from competition, the Grand Valley State women’s golf team packed their bags and headed to Old Hickory, Tennessee, to compete in the Music City Fall Invite Monday, Oct. 23, through Tuesday, Oct. 24.

Currently ranked ninth overall in Division II, the Lakers wrapped up the first day finishing in second place with a combined team score of 303, putting them three shots away from first place. The second day wasn’t the same production as the first, but the Lakers still managed to finish the invitational in third place in the field of 17.

GVSU sophomore Katie Chipman shot an opening round of 70 (-2) that led the way for the Lakers. Senior Samantha Moss and sophomore Maria Sol Pose performed solid rounds, both shooting a 77 (+5) to take 11th place in the 88-player field.

Junior Mackenzie Blomberg shot a round one of 79 (+7), putting her in 20th place. The final Laker to close off the top five players was Olivia Reed, who shot an 80 (+8) for 24th place.

The Lakers came up short during the second day of the competition. Having a bit of a setback, GVSU placed third with a 313 finish to make a combined total score of 616 (+40).

No surprise, the leading Laker, Chipman, shot a round two of 75 (+3) for a two-day total of 145 (+1), good enough for first place and to be the overall individual winner of the invite.

Rebecca Mailloux, who just completed her eighth year as head coach, reflected on her team’s overall performance in the final competition of the season.

“Day one’s performance was definitely the better of the two,” Mailloux said. “Being only three shots back from Indianapolis, who is currently ranked No. 1 in the country, we were pretty happy with that, but we just weren’t able to get the job done on the final day.”

Chipman has played an important role on the women’s golf team. No stranger when it comes to victories, Chipman earned her second individual first-place trophy of the fall season. Chipman previously won the Gilda’s Club Fall Invite, hosted at The Meadows Golf Course.

The invite allowed her to compete against top-10-ranked players in Division II, but Chipman found a way to dominate the golf course to help confirm her already-establishing legacy within the program.

Despite the results from the competition, the Lakers will never look at this invite as a loss. Mailloux had some words of encouragement before the team prepares to take the winter season off.

“Maybe that final round was the best thing that could (have) happened to us going into this offseason, just enough motivation to push them to get better over the next couple months and not let their guard down and know they have things to improve on,” Mailloux said.