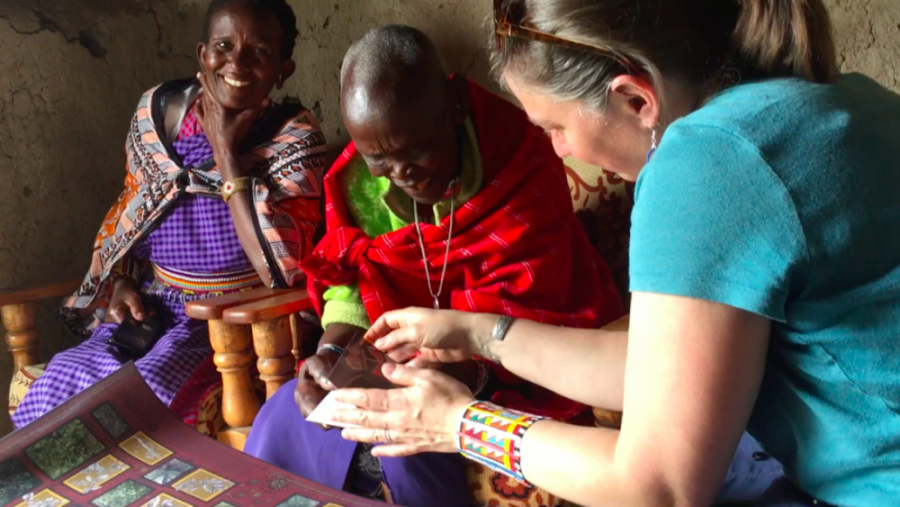 In an effort to keep cultural and indigenous traditions alive around the world, one Grand Valley State University professor is using data collection and cataloging to assist a tribal community in Kenya and help the younger generations cultivate medicinal plants.

“The Maasai are well known as an indigenous group in East Africa, but with that also comes stereotypes and this image of a one-time definition of who they are,” said Assistant Professor of Anthropology Kristin Hedges. “The reality is that cultures are always changing and they are, too.”

Hedges was a Peace Corps volunteer from 2000 to 2003, during which she stayed with the Maasai Tribe in Kenya. Since then, Hedges has continued to visit and work with the community.

Most recently, Hedges worked with the tribe to document traditionally used medicinal plants. The project, which started as just a documentation, eventually turned into a small, easy to use catalog.

In the summer of 2017, Hedges was given a grant from Grand Valley State University and funding from the Catalyst grant through the Center for Scholarly and Creative Excellence (CSCE). The funding supported her for six weeks in the field in Kenya, where she worked with a healer to collect plant samples, log Geographic Information System (GIS) locations and record how each plant is used. Hedges also conducted household interviews to better understand who knows about the plants, and how they are used at a household level.

After returning from Kenya, Hedges was able to put together a team of undergraduate students to help her sift through the data.

“The students were able to help me with transcribing the interviews, and then we coded and analyzed them,” Hedges said. “So for each plant we were looking for a consensus way that people were using it. It took all of fall 2017 to get them all transcribed and even part way through winter of 2018.”

After the data was collected and coded, Hedges started working with Assistant Professor of Graphic Design and Foundations Vinicius Lima. Lima designed the physical catalog, which includes the first 22 plants Hedges documented.

Each page of the catalog includes the name of a plant along with a sketch, a photograph, its habitat and how it’s used.

“The Maasai coordinator that worked on this said that in the museum people have been coming in and asking the Maasai for a long time what plants to use,” Hedges said. “And there’s a lot of documentation in the museum, but it’s in a format that’s not really usable for them. This is supposed to be designed for hands-on use that’s helpful to the community.”

In April 2018, after the catalog was published and printed, Hedges went back to Kenya to pass out the final product. Each person who was part of the project and did interviews received a copy, and Hedges said that there was a demand for more. Due to the positive feedback, Hedges hopes to not only print and distribute more of the catalog, but she also hopes to create a second edition that will feature additional plants.

Through the interviews, Hedges discovered that the younger Maasai generations want to use the medicinal plants, but have never gotten the chance to learn about them. Therefore, along with the catalogs, Hedges’ goals for the summer are to establish a local herbarium and a permaculture garden to act as a learning center for the Maasai people.

“There’s a lot of dignity and pride in this knowledge,” Hedges said. “It seems that nobody wants that to be lost.”