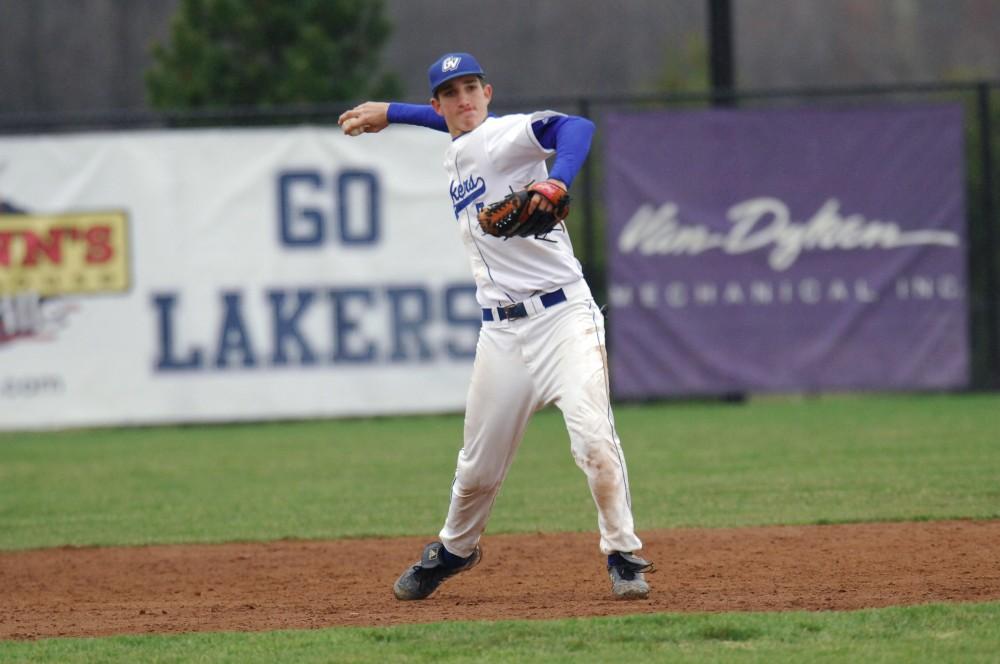 The Grand Valley State University baseball team did just that as it rolled into Winter Haven, Fla., to begin its spring break and coolly won nine of 10 games in a six-day period.

GVSU head coach Steve Lyon said the annual trip has continued to be a great experience for the team and has been necessary in building confidence by playing solid, ranked opponents.

“Down in Winter Haven, there are a lot of schools that go from the north and the east that are just beginning their seasons like us, so it’s a level playing field as opposed to going down there and just playing a bunch of Florida schools,” Lyon said. “Most of the games we played were against very good, competitive Division II teams.”

The Lakers improved to 13-2 on their young season as they outscored opponents by 50 and owned a 72-22 edge on the 10-game road trip. All facets of the game have lead to their early success with the offense batting .303 and the pitching staff posting a 2.72 ERA while keeping opposing hitters at bay with a .222 batting average.

“We worked hard getting prepared since getting back from winter break and I think it showed,” Lyon said.

Leading the way amongst the pitchers is junior Kyle Schepel, who has posted a 0.50 ERA and is 2-0 in 18 innings pitched thus far.

The pitching staff has been crucial for the Lakers success to this point, Schepel said.

“We’re throwing a lot of strikes and making the hitters get themselves out,” he said. “I think our pitching this year is just as good if not better than years past. Our hitting is the same way, and the team is really meshing well and playing very well.

The Lakers will begin their conference schedule when they visit Lake Erie College on March 26 for four games.