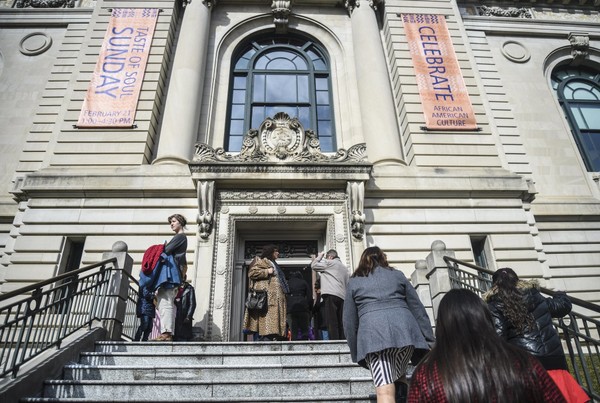 The recent Facebook scandal has raised alarm among social media users who are now concerned about their privacy and personal information after the data of up to 87 million people was shared with the political consulting company Cambridge Analytica. There has been speculation that the massive amounts of personal data might have been harvested and used to influence the outcome of the 2016 U.S. presidential election or the United Kingdom Brexit referendum.

Nowadays, it is normal to share personal information extensively online, including pictures, work places and personal contact information. In order to teach Grand Rapids citizens about taking care of the information they post on social media, the Grand Rapids Public Library (GRPL) has organized a lesson for Tuesday, April 17, from 7 p.m. to 8:30 p.m. at the Main Library.

The class is part of an ongoing series that GRPL offers every month, which also includes classes on internet privacy and backing up data from computers and smart phones. Social media has revolutionized the way people communicate with each other, but users may not be completely aware of what putting up their personal information in a public space may entail.

“This month, the social media privacy class is of particular interest because of Facebook’s recent data loss,” said Andrew Coulon, a reference librarian with GRPL. Coulon regularly teaches computer classes in the library.

“It is important that people understand how services like Facebook operate,” Coulon said. “When people know more, they can make better decisions on what they share, what apps they allow to have access to their profiles and who they connect with through social media.”

Attending students will learn how social media utilizes personal information and how users can regain some control over their online profiles.

“People are beginning to realize the power of social media companies and how they can use big data to deliver content,” Coulon said. “I’m not sure what will change in the future, but at least people are becoming aware of how their personal information can be neglected or even abused.”

Coulon said he hopes people will leave the class with a better understanding of how social media works and with more knowledge about the tools they can use to protect their own privacy.

Despite the Cambridge Analytica/Facebook scandal and #DeleteFacebook campaigns, there hasn’t been much change in the way users choose to expose their information. According to a recent interview with a Facebook executive for The Wall Street Journal, the majority of users haven’t altered their profile privacy settings, and analyst David Seaburg mentioned that after a study, “engagement hasn’t pulled back.”

The GRPL class is meant for anyone who wants to know more about protecting their own privacy on the internet and social media sites. This event is public and open to anyone who is interested. To learn more about the different computer-related lessons that GRPL will be teaching, visit their website at www.grpl.org/ for more information.