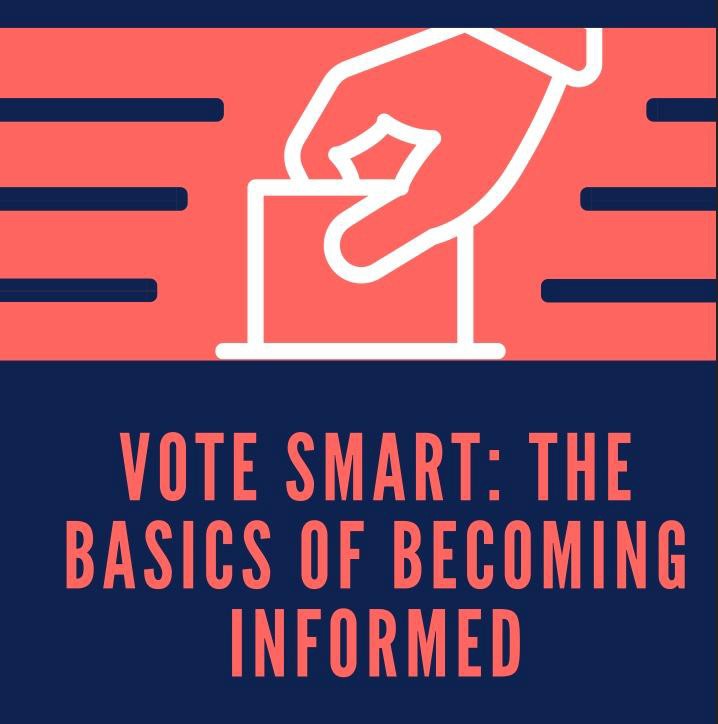 Senior Grand Valley student Natalie Loewengruber presented her honors capstone on voter education and how to be an informed voter, titled “Vote Smart: The Basics of Being Informed” in the Mary Idema Pew Library on Friday, Oct. 12.

“We are constantly being bombarded in the news about government and it can be very overwhelming, exhausting and sometimes easier to just ignore,” Loewengruber said. “Maybe it is important to step back sometimes and [take] a breather, but we can never check out of democracy. If you feel frustrated, angry, or let down by the government voting is one of the most important things you can do. It’s our civic duty that a lot of people dedicated their lives to fighting for and we’re really privileged to live in a democracy where we can express our voices at the polls.”

During the presentation, Loewengruber revealed numerous online resources and basic information about what new and experienced voters need to know in terms of candidates, legislation and resources.

To find more about students’ personal voter information, Loewengruber had those in attendance log into the Michigan Voter Information Center to learn about precincts, jurisdictions and districts.

For those who do not know who is running in the upcoming election, Loewengruber suggested websites including Vote411, congress.gov, govtrack.us or fed.gov. Vote411 allows the user to compare candidates they select, and provides state-specific information on absentee voting, ID and eligibility requirements and polling locations.

Vote411 does not provide local elections, so Loewengruber said she recommends staying tuned through local new stations or newspapers to stay up to date.

To see the legislation proposals on the ballot, Loewengruber recommended vote411, nscl.org or, to see the topic of legislation in Congress you are affected by, govtrack.us. The GVSU Community Service Center Democratic Engagement Programs website is another resource to educate new voters.

For general tips, Loewengruber shared connecting with representatives, meeting the deadline for requesting an absentee ballot on Nov. 3, fact checking what students hear and being a critical listener as being key.

“You might think, ‘I’m one person. ‘How much does it really matter?’” Loewengruber said. “But it does matter, especially with issues of representation. If we have 12 percent of the people voting on college loan programs, our college students are not being accurately represented in an issue that affects us most directly. It is important to make your voice heard especially on things that affect you. It might seem like it’s insignificant but it’s not because when you add them all together a group of people can have a huge impact on the shift of how things go in the government.”

For students who are not registered to vote for the upcoming elections, Loewengruber said students should get their friends to vote and provide them with the resources and websites they learned about. In Michigan, the absentee ballot must be requested by Nov. 3 at 2 p.m. and turned into the local clerk at 8 p.m. on Nov. 6, which is Election Day. Uber and Lyft are also offering half off their rides to polls on Election Day and GVSU is providing Voter Vans from 7 a.m. to 8 p.m. on Election Day.

“I actually had no idea about the websites [you could access],” presentation attendee Alaina White said. “I knew they existed but I didn’t know any of the specific one that can educate you about what specifically are on the ballots which is really helpful because usually I just vote one party. To have websites that’s available where I can look up what each thing means is super helpful.”