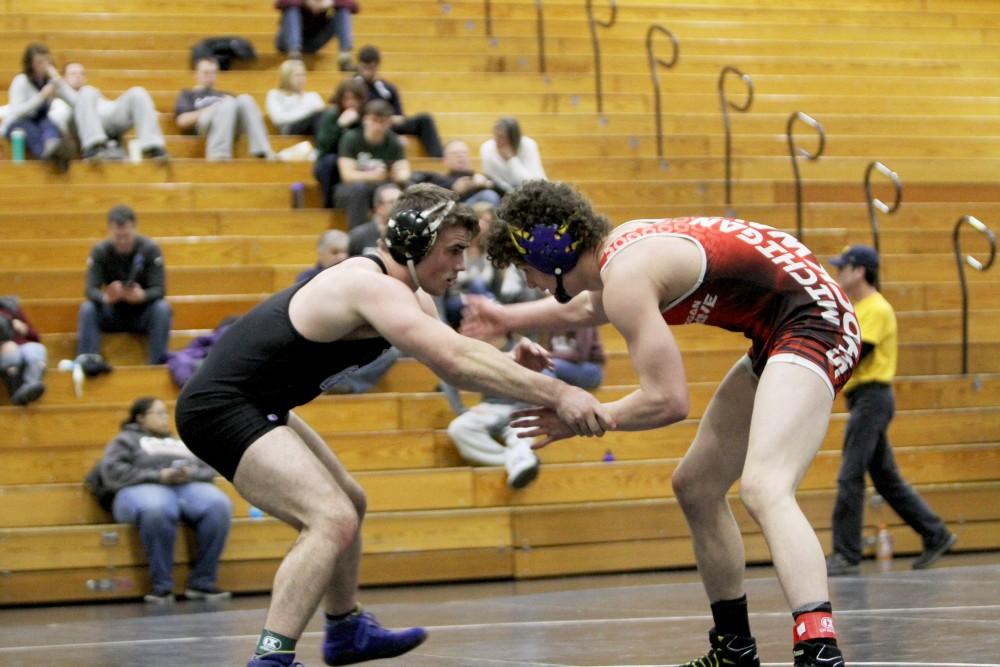 The Grand Valley State wrestling club took to the mats at Fieldhouse Arena for the Laker Classic Event, competing against top talent on Feb. 6.

The Lakers finished with the most individual winners, as the event was not a team-based event with overall team scoring. GVSU individuals beat out competitors from schools like Michigan, Notre Dame and Saginaw Valley State — some of which the Lakers might face in qualifying for the national tournament.

“I was pleased with the effort in most spots,” said GVSU coach Rick Bolhuis. “It’s nice to see guys competing hard, working on individual and team aspects. We also got a good gauge for where you stand as a group.”

After a successful showing at the national duals in Georgia in late January, the Lakers headed into this home showing with high levels of confidence. The younger core of the team led the way for GVSU.

“I think I did pretty good,” Hazelton said. “My last match could have been a little more smoother in the first period, but I picked it up in the second and third.”

The six first-place winners were not the only successful Laker wrestlers throughout the day. Other placers at the Laker classic included senior Bruce Rau at 165 pounds, and sophomores Dan Tomasello at 197 pounds and Trent Hunt at 165 pounds, all of whom finished in second place.

Other placers for the Lakers included senior Eric Dietz at 174 pounds and sophomores Harun Bogdanic at 235 pounds and Brandon Blankenship at 125 pounds, who all finished in third place.

With a balanced attack shown off at the Laker Classic, GVSU looks poised to compete at nationals, which will take place early next month in Orlando, Florida.

“The reason I like this event is because it brings in most of the guys we are going to see at our qualifying tournament,” Bolhuis said. “It’s kind of a late-season test. Based on what we saw today, we have a good chance of qualifying guys for the national tournament.”

GVSU’s next event will take place next week at Toledo University in Ohio. The event is called the Glass City Duals and will begin at 10 a.m on Feb. 14.

“We know where we are at and we will continue to put in the work to get there,” Tomasello said. “We are going to keep wrestling hard these next weeks and keep guys as healthy as we can at this stage in the season so we are ready for March. We all want to do something special for this program.”