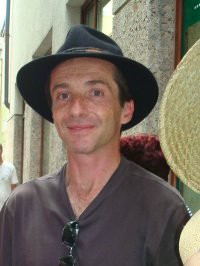 For some, 2 year olds are primarily associated with the so-called “terrible twos,” but a group of psychology students at Grand Valley State University are interested in a different aspect of toddler development.

Wolfgang Friedlmeier, the GVSU psychology professor who organized the study, said it was an opportunity to continue research that he began in Germany in the 1990s.

“We published a book where we outlined a theoretical framework of how emotions develop and what role culture plays, so this project aims to test some specific hypothesis in order to see how culture affects children’s emotional development,” he said.

Two year olds were targeted because of previous studies that showed the emotional development of children as young as 3 years old to be impacted by culture.

“The idea was to go a little younger,” he said. “The idea was, can we already observe at the age of 2 differences, and can those differences be applied to different cultural models?”

The study has three parts: an interview, a home visit and a lab visit duriing which researchers induce specific emotions. Researchers use these tests to see whether there is a connection between the child’s cultural background and its emotional socialization.

The group hopes to complete their research by April 2011 so they can present their findings at the Midwestern Psychological Association conference in Chicago next summer.

“I think that our project is so important to examine because with the Hispanic population is ever increasing, it is important for childcare givers and European Americans to understand the differences in goals and expectations from the culture which will ultimately alter the way these children are raised in comparison to our own,” said Nicole Summers, a psychology student at GVSU who has worked with Friedlmeier since the preliminary research for the study began in January 2009.

Although both are optimistic, the study has not been without its fair share of challenges. Although according to their abstract they are aiming for 30 participants from each ethnic group, finding willing families has proven difficult. Currently, less than 20 European-American families and 10 Hispanic families have taken part.

“We are testing such a narrow selection of participants, and unless we can find enough, our hard work will be useless,” Summers said.

Friedlmeier said while they are still connecting data, he has noticed trends. Their research indicates that European-American mothers tend to emphasize academic skills whereas Hispanic mothers focus more on stronger social skills, such as cooperation, obedience and communication.

“Based on the idea that Hispanic culture embraces more connectedness and people focus more on the relationships between each other rather than differentiating the individual from the group, our results aren’t surprising,” he said.

“Based on the conditions that you have here, I think they are highly competent and do a good job,” he said.