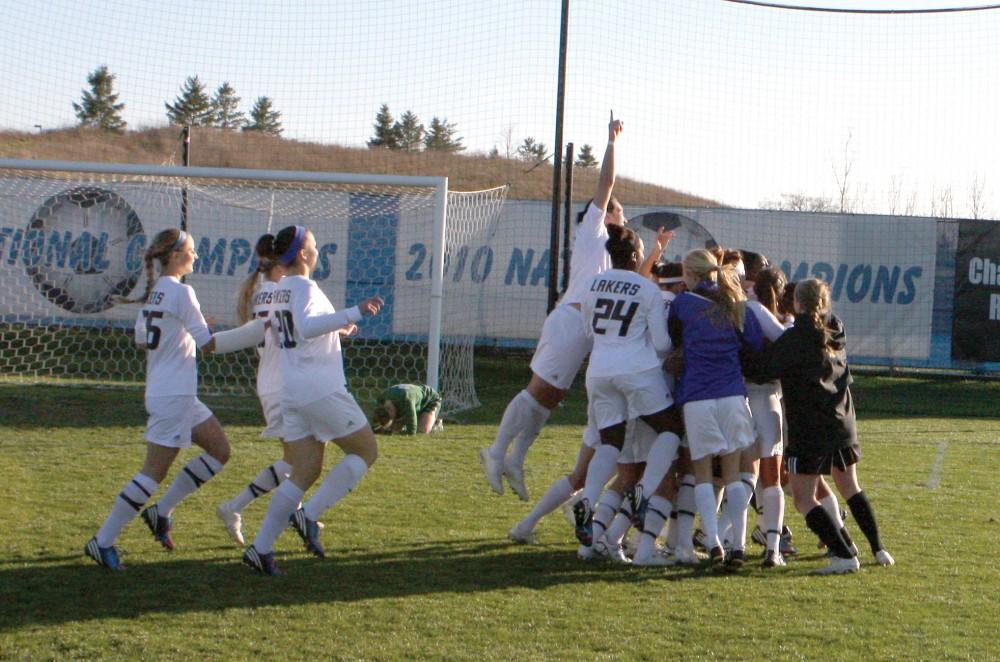 When you’ve played in the last three NCAA Division II Women’s Soccer Championship games, the expectations can be daunting. It’s a win-or-go-home proclamation, but for the Grand Valley State University soccer team, it’s not as much about the end result as it is the journey to reach it.

“It’s really important for us to be able to focus on the journey versus the end result,” said head coach Dave DiIanni. “By speaking about how we want to be seen as teammates and people and friends; the expectations of that, I think, helps slow down the process of, ‘we want to be national champions.’”

Of course, the eventual goal of any team is to reach the pinnacle and become national champions. This group, specifically the senior class, has seen the highs and lows of being in the postseason.

Fighting the entitlement that comes with playing for GVSU is something the team has avoided. DiIanni cited the seniors’ balance between life on and off the field and being able to lead by example in both settings as a key for the Lakers’ postseason success.

Kayla Addison and those seniors never lost a home game, compiling a 49-0-3 record in Allendale. Even with the records and a pair of national titles on their resume, this group still knows the feeling of losing last year’s title game — a 2-1 loss to The College of St. Rose — and it’s one they hope to avoid this week.

That grind is something the seniors have instilled and has trickled down to the younger players, like sophomore midfielder Charlie Socia.

“They keep us really focused. They push us, but they keep us on track to where we want to work hard and we want to be here,” Socia said. “There’s still definitely the pressure, but you get more used to it as years go on, but its still there and you still want to play hard and show teams we are Grand Valley and we are here to beat you.”

The entire team has the confidence and the experience needed for a successful run, but it’s a sense of urgency — one that DiIanni notes that the senior class has had to work on — that will keep the Lakers in the Final Four.

“Every senior class, and every teammate, they don’t recognize it till they’re seniors, (but I) hope that they have a little bit of urgency when they’re seniors,” DiIanni said. “Knowing that every practice is one less practice they’re going to get in their career and one game is one less game that they’re going to get in their career — I think the senior class has taken some time to figure that out, but they’ve done a great job, especially at the end of the year here.”

As DiIanni said, it’s not too late to get better, and the Lakers will look to continue that process on Thursday against the University of California, San Diego.