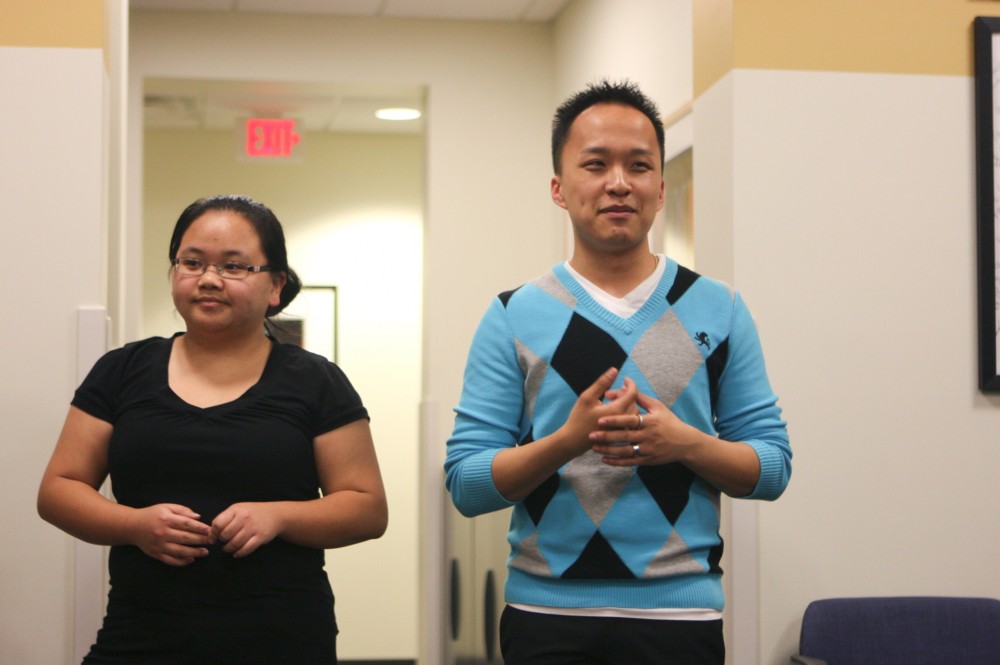 In a modern society of MRI scanners and Nintendo Wii game systems, second-generation immigrants sometimes feel the ties with their culture begin to weaken.

The Hmong American Student Association at Grand Valley State University hosted an informational lecture about a little-known ethnic group: the Hmongs (the H is mostly silent).

In Hmong 101: WTHmong, members of the HASA gave a peek into the life of a Hmong-American, the fading Hmong culture in America and the lingering emotions from the Secret War.

HASA president Bee Yang said he grew up speaking Hmong and he began to develop his English skills in school.

He could answer basic questions of “what” or “when” but did not have full comprehension of English until middle school when he could finally analyze “why” and “how.”

Because he made the switch to an English mindset, Bee Yang said he finds himself losing aspects of his Hmong identity.

“Whenever I am with my Hmong friends, I try to speak Hmong as much as I can,” he said.

Bee Yang’s father performs wedding ceremonies for the Hmong community, but unlike marriage ceremonies under most religions, he needs to have the entire script memorized. Bee Yang said he worries no one will perform the ceremony after his father.

HASA vice president Xee Yang added learning to lead a ceremony or to perform a dance takes hours of time, which second-generation immigrants do not necessarily want to invest in traditional rituals.

‘We don’t believe in surgery.’

While Bee Yang might not speak Hmong as well as he once did, he said he can still speak with confidence in the Hmong stance on medicine. People often ask him about Anne Fadiman’s “The Spirit Catches You and You Fall Down,” a book about a Hmong child who suffers from seizures. Her family does not want to allow her medical attention because such practices are against their religion.

Hmong history was not documented until the 1900s. Instead, families passed stories by word of mouth, creating room for inaccuracies.

Historians believe the Hmongs originally lived in China. Today, the world has 18 Hmong clans. An individual cannot marry within his or her own clan, and the clan name passes through the son.

In traditional culture, the society and the family units are patriarchal.

“The family has to follow what the husband says,” said HASA treasurer Jennifer Xiong with a laugh. “Usually they make the decision and then tell the family.”

When the U.S. declared war on Vietnam, the CIA recruited Hmong tribesmen in Laos. This Secret War took place through guerilla warfare in the jungles. When a U.S. fighter fell from the sky, an entire unit of Hmong tribesmen came to his rescue. Many Hmong died on such missions.

When the U.S. combat units withdrew, the Hmongs fled into Thailand and established refugee camps. However, Bee Yang said some of the Hmongs outside the refugee camps think the Secret War still continues. The tribesmen flee for their lives as they await orders from the U.S.

Freshman Mark Jaemerson is one of the few non-Hmongs in the HASA. He graduated out of Everett High School in Lansing, Mich., an area with a large Hmong population.

“I wanted to stay in touch with the Hmong culture, so I looked up the Hmong American Student Association at GVSU, and I joined,” he said.

The HASA meets at 6:30 p.m. on Thursdays in the Office of Multicultural Affairs in the Kirkhof Center.