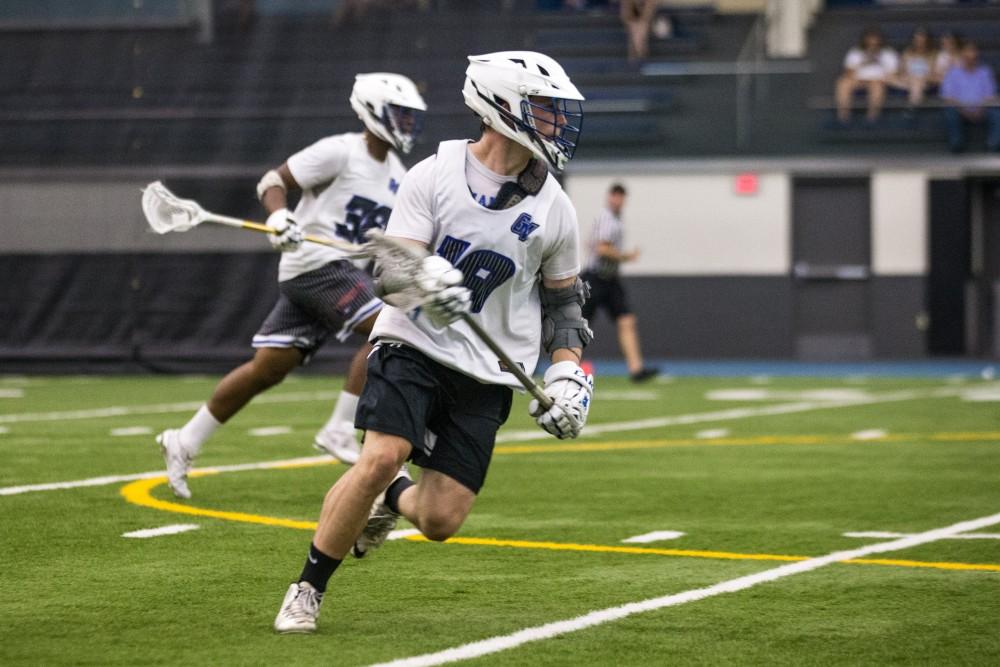 The Lakers started the season off strong, ending the fourth quarter in a 17-6 victory against the Grizzlies.

“It’s not how you start but how you finish” is a saying GVSU lacrosse can vouch for after winning last night’s game. The first half started off rough, but shortly after halftime, the Lakers switched gears and were in full-attack mode.

Junior attackman Zack Crawford felt the slow start of the game and knew a change had to be made. Crawford showed aggressive playing skills out on the field, resulting in six total goals scored during the game.

“Sometimes in life you start off slow, and games start off slow at the same way, but coach always says, ‘You got to keep after it, keep doing what you got to do, stick to the system,’” Crawford said. “A couple goals started to fall, and eventually it led to a run, and we just never looked back. It was really awesome, really happy to see the team get it together at the end there.”

Midfielder Matt Jawahir, who is a returning junior, believes the defensive change from the Lakers between the two halves contributed to the successful comeback.

“Our defense definitely stepped it up in the second half,” Jawahir said. “Coach had a few words for us: He was letting us know that we just got to calm down and do what we know how to do, so that’s kind of how it went.”

The Lakers added 19 first-year players to the team after saying goodbye to 14 seniors last year. Head coach Tim Murray, who is returning for his eighth season, believes the newcomers can exceed his expectations as the season goes on.

“We have 19 first-year players on this team,” Murray said. “So, they’re new to Grand Valley lacrosse, and I was excited. I was anxious to just kind of see how they did, and then I was very happy with what I saw.”

GVSU showed a number of skills during the game. The Lakers managed to dominate offensively on the opponents’ end of the field during the second half. Putting the Lakers past Oakland on the scoreboard pushed GVSU’s defense to perform well, too.

Murray said the Lakers did a nice job of sharing the ball while playing on offense. GVSU players Crawford, Jacob Parry and Charlie Schiefer held down the attack line, giving the Lakers plenty of scoring opportunities. 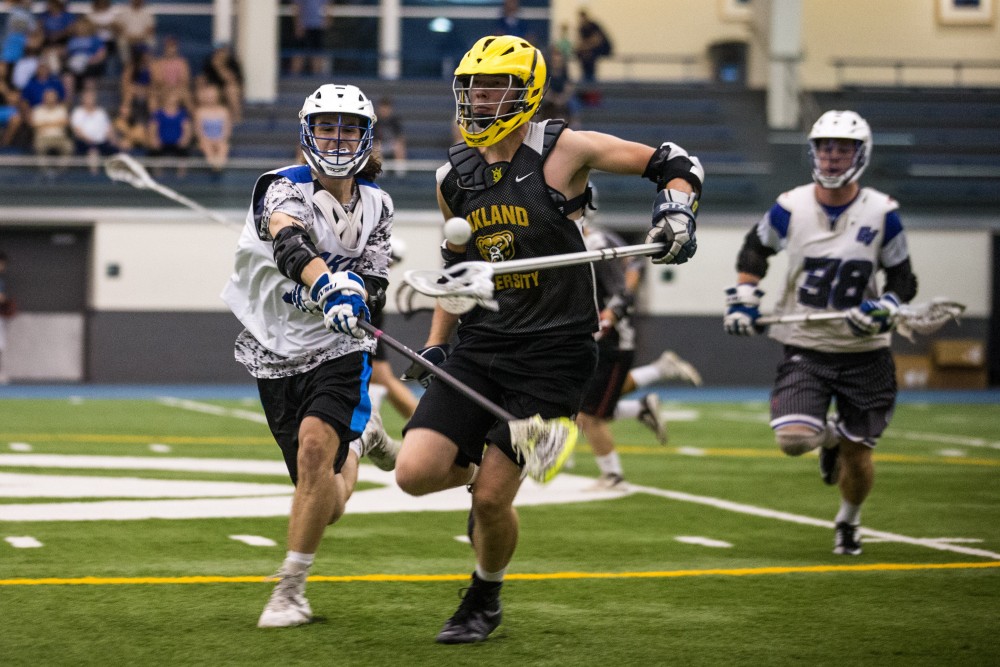 “They did an excellent job of really exploiting the defense,” Murray said. “They found one another. They did a really good job of creating offense for us, and we fed off of that. That inspired our defense; our defense would step it up, get the ball back for offense, and it kind of became a snowball.”

GVSU lacrosse is a team set on improving. The university’s new young team is focused on becoming a strong team in preparation for the spring season.

“We have a very talented team, but we’re very raw; we’re very young,” Murray said. “We gotta keep getting better, and we got to keep playing within ourselves, within our system and get ready to go. We’re going to have a very difficult spring season schedule, one of the toughest conferences in the nation, and we know that. So, there is a sense of urgency to improve.”

The Lakers will have another home-game advantage against Michigan State Friday, Oct. 6, at the Kelly Family Sports Turf Center.