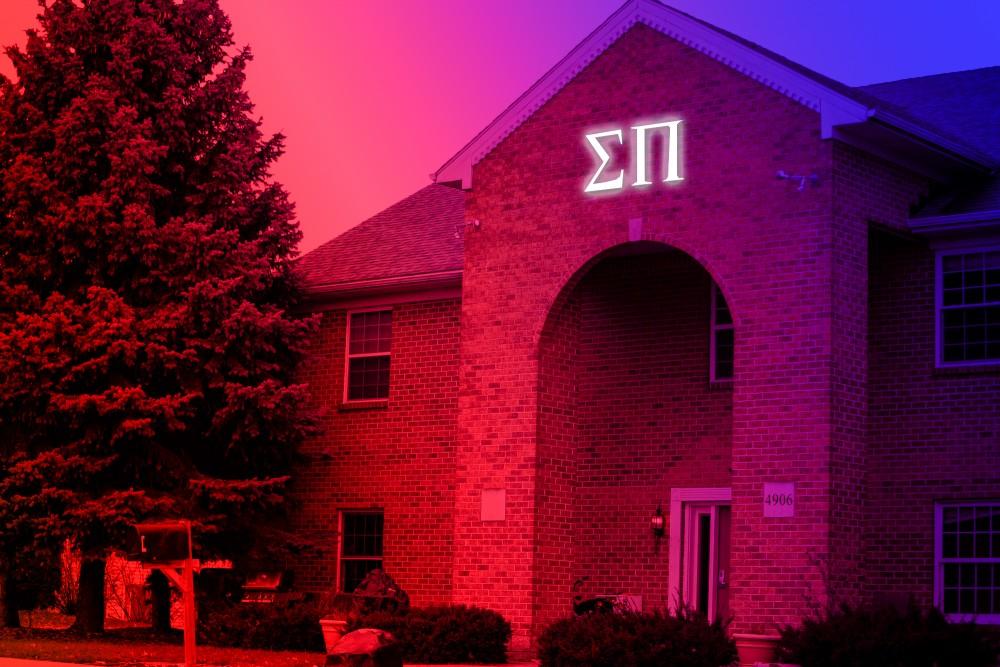 Members of Grand Valley State University’s fraternities and sororities were gathered on Wednesday, Oct. 31 by Associate Dean for Student Life Bob Stoll and GVSU’s Greek Life Board to participate in a Greek Life Town Hall where administrators announced sanctions imposed on all GVSU Greek chapters. The sanctions come off the heels of Sigma Phi Epsilon’s five-year ban from GVSU last fall, and the recent two-year ban of Kappa Sigma.

During the town hall, Stoll cited four sanctions in a note from the desk of Vice Provost for Student Affairs and Dean of Students Loren Rullman. They include a ban of alcohol at Greek functions, an embargo of further Greek Life expansion, putting a relationship agreement between GVSU and Greek organizations on hold and the creation of a task force to investigate issues and expectations regarding Greek Life. The sanctions are currently in effect and will be until further notice.

“We can’t wait,” Stoll said during the event. “We have to do this now. We’re too close to a situation where we might lose one of you in this room and I can’t sleep with that.”

Throughout the town hall, Stoll elaborated on the sanctions. The ban of alcohol at chapter events follows the definition of gatherings from each chapter’s national governing bodies.

In terms of the ban on expansion, GVSU will not accept any new fraternities or sororities. Greek organizations currently in the process will continue without issue.

Rullman’s sanctions also put a freeze on a relationship agreement between Greek organizations and the university. The agreement, which would outline conduct between GVSU and each chapter will not be completed and signed until conditions improve.

The announcement of the sanctions gave way to a presentation from Greek Life Board President Mikaela Padgen who responded to the new sanctions with a call for Greek Life as a whole to own up their flaws and find ways to improve on them. Padgen cited several headlines from the past few months about the mishaps of fraternities and sororities throughout the country — including headlines about GVSU Greek organizations — saying GVSU unfortunately fits the national trend.

“We have for so long lacked awareness of the audacity of our community’s actions,” Padgen said. “Instead of focusing on and preaching the idea of a Disneyland of Greek Life, it is time to take responsibility as a whole for the actions of our Greek members.”

Following Padgen’s presentation, the board opened the floor for public questions and comments.

“You brought up chapters being afraid of calling 911 for help because of the repercussions that we have,” a Sigma Pi member said. “Where do you think that culture comes from?”

“What is the school going to do to repair its relationship with fraternities and sororities?” another speaker said. “You guys don’t seem like dumb people; this crowd is not on your side right now.”

Other questions ranged from asking what would be done to protect the large majority of students from the potential dangers of drinking, drugs and sexual assault (noting that Greek life only makes up around eight percent of the student body) to clarifying whether or not GVSU wanted total control over its Greek life or let it self-govern.

Additionally, public comments accused GVSU student administration of not attending Interfraternity Council (IFC) meetings, hindering communication between Greek life and administration. One speaker also noted an absence of support from the university in Greek organization’s philanthropic efforts, directly citing one instance during a Greek Life fundraiser where GVSU’s social media only “liked” a tweet describing their efforts as annoying.

Several public speakers gave examples of community work and fundraisers stemming from both the community and their chapters, as well as personal anecdotes as to how the values obtained from Greek life are life-changing.

Throughout their responses, Stoll and Padgen noted that the board was not questioning the morality or good-doings of Greek Life, but create methods of communication where the few issues could be addressed.

“We see all of the good work that you do – the philanthropy work, the volunteering, the service, the leadership – but all of that stuff gets erased instantly every time one of these (bad) situations happen,” Stoll said.

Speakers also asked how this would affect the rest of the university’s community. Padgen noted that it is the responsibility of the Greek Life Board and IFC to work together to improve conditions starting with Greek Life.

“I understand completely the idea that we’re not the only problem on this campus, but we also need to reflect as a community on the fact that we are the ones who pledged values, not the other 92 percent of the university,” Padgen said. “We were the ones who said we were going to do better and be better.”

The town hall, which initially intended to end at 10:30 p.m. sharp, lasted until 11 p.m. after the speaker list was exhausted.