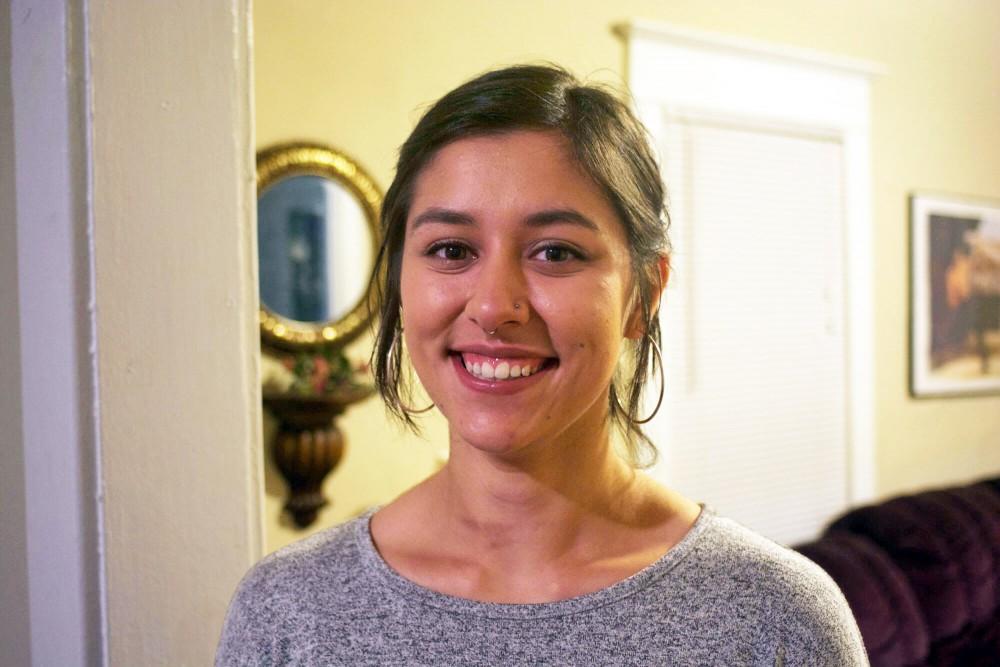 Some students come to college with a major in mind and stick to that major, but sometimes college opens new doors and ignites new passions, sending students down a different path than the one they had initially planned out.

Grand Valley State University junior Maria McKee never thought she would seriously pursue creative writing when she came to college. After taking an introduction to creative writing class, however, her professor encouraged her to take more writing classes, and a couple of years later, she won a national award for her poetry.

The award McKee won is the “Intro Award” from the Association of Writers and Writing Programs (AWP) competition, which aims to highlight talented emerging writers all across the country. The AWP competition assesses the work of both graduate and undergraduate students, making McKee’s award especially notable.

Amorak Huey, associate writing professor at GVSU, said he encouraged McKee to pursue a major in writing after noticing how adept she was at reading high-level materials.

“The first thing I noticed about her was how good she was at reading the published work we were reading and (that) she was able to engage in that work at a really high level,” Huey said. “That’s when I invited her to my office hours and said, ‘You’re really good at this. You should do more of this. You should take more writing classes.’”

Initially, McKee enrolled in Huey’s introduction to creative writing course to satisfy her general education requirement in art. So when Huey encouraged her to pursue a major in writing, she was reluctant at first. She was used to writing analytically for previous classes and wasn’t familiar with creative writing at all.

“I came in my freshman year as a history major, and I thought that’s exactly what I wanted to do,” McKee said. “Even (when I took that class), I kind of resisted (majoring in writing) because I was still taking history classes, writing history papers. That’s a lot of what I was doing.”

It was poetry in particular that captured McKee’s interest, which she developed a knack for in her classes and in her personal writing. She won several awards for her poetry on top of her “Intro Award” from the AWP Competition, including GVSU’s Poetry Prize in 2016 and 2017.

“What excites me most about poetry is that it can capture often what words and diction alone can’t capture,” she said. “It has these other things working with it, like lines breaks and white space. It’s about what words matter the most.”

While she is still a history major, McKee envisions her career involving writing in one form or another, whether it be poetry, creative nonfiction or writing for journals.

“I see myself mostly going in the direction of writing,” McKee said. “I love to write poetry now; it’s something that I don’t see myself not doing. That could change to creative nonfiction or short stories or something like that, but creative writing is something I see myself engaged with for the rest of my life.”

McKee said one aspect of poetry that she values is being able to embody another person’s experience with a different race or sexual identity than her own.

“Right now I’m doing an independent study in poetry and identity, so I’m reading a lot of poets who hold marginalized identities, whether they be a person of color or part of the LGBT community,” McKee said. “Reading that is so important, and it’s just so much more powerful because it’s stuff I haven’t been able to understand.”

In addition to awards for her poetry, McKee has also been published in GVSU’s student-run literary journal “Fishladder.” Her AWP award-winning poem will be featured in New Mexico State University’s publication “Puerto del Sol.”

“She is a great writer,” Huey said. “She’s one of the students you’re happy to have in your class because she’s such a strong writer and a strong reader. We’re happy that she’s taking more writing classes. We’re proud that her work got national recognition.”

Paige Leland, a 2017 graduate from GVSU, also received the “Intro Award” from the AWP competition. She was awarded in 2017 as an undergraduate student and is currently pursuing her master’s in Texas. Leland could not be reached for comment.