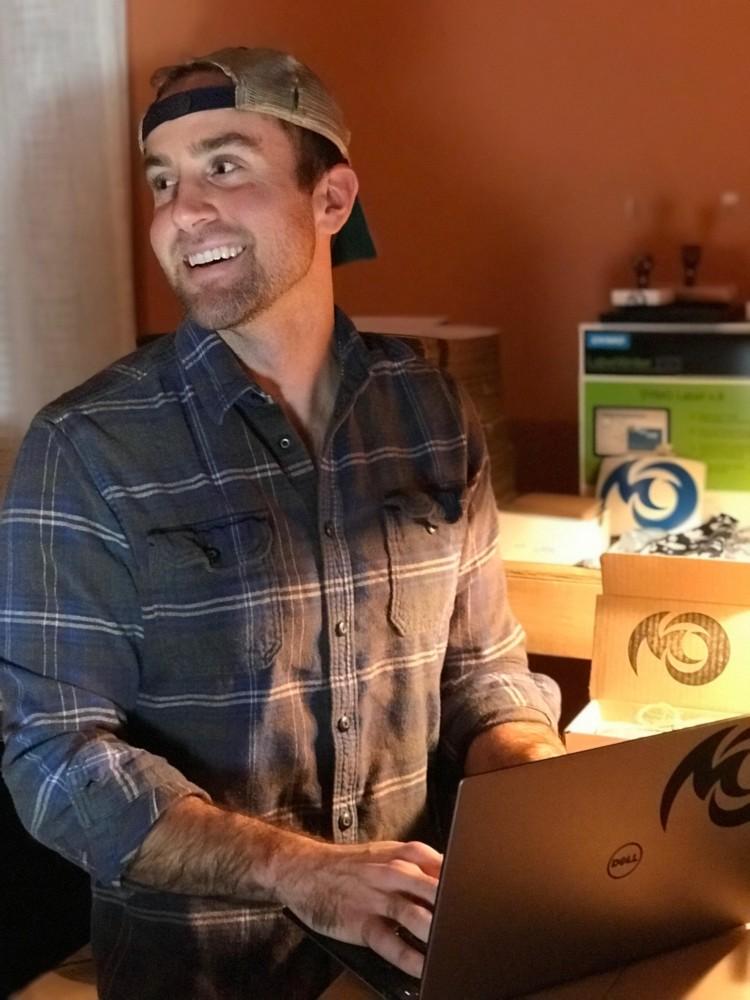 When Jeff Cremonte and Derek Hoggard moved in across the hall from each other in the Seidman Living Center during their freshman year, they had no idea what the future had in store.

Like many Grand Valley State University students, they grew up in Michigan. Cremonte grew up in Pinckney, while Hoggard was raised in Lansing. With shared backgrounds, they discovered similar childhood memories: going camping up north and spending time visiting Michigan’s Great Lakes. Their love for Michigan bonded them. Little did they know that their college friendship would later bloom into a new business, and this new relationship would allow them to shape the ideas for a new brand that helps preserve the Great Lakes they both grew up loving.

Planning for the business started almost two years ago when Cremonte called up Hoggard with the idea of starting a business that would help others. Though they did not have a solid idea at the time, they both knew they wanted to work together and help others.

The two finally focused on what connected them from the very beginning: their love and bond to Michigan, and its lakes in particular.

“After we came up with (the idea for what products we would sell), the plan was to eventually give back,” Hoggard said.

For Cremonte and Hoggard it’s not about the profit; it’s about preserving the beauty of the state they love. They decided to give back a symbolic 21 percent of the gross profits to Michigan organizations that focus on water conservation and shoreline protection.

“We came up with the 21 percent because of how Michigan has 21 percent of the earth’s fresh water,” Hoggard said. “I grew up in Lansing, I went to Grand Valley and now working in Detroit. I think living in all those different areas I’ve seen a lot of what Michigan has to offer. … For me, it was a way to give back to a state that has provided me with so much.”

The four nonprofit organizations they are currently working with are Huron Pines, the West Michigan Environmental Action Council, Tip of the Mitt Watershed Council and The Watershed Center Grand Traverse Bay. When any Michigan Overboard product is purchased, money goes toward the Great Lakes and American jobs, as the duo works hard to ensure all the products they create are American made.

“During the summer people go to Grand Haven, people go to the beach, people go on boats, and (when you visit other states) it’s not like that at all,” Cremonte said. “I think a reason I really wanted to protect the water (and) the fresh water resources is … I want to preserve that way of life for future generations. I want my kids and my (grand)kids … to see the Michigan that (I) knew as (I) grew up.”

Both men maintain busy schedules. Hoggard currently works full time in Detroit for Nolan Transportation Group, while Cremonte is currently living in Durham, North Carolina, to attend Duke University School of Medicine for physical therapy. Michigan Overboard is an important priority for both of them because of the awareness they hope to spread through its creation.

“That’s why we wanted to give 21 percent back, to make that number sound significant, and hopefully that will make people realize just how significant this area of the world is,” Cremonte said. “This is really a natural wonder, and we all need to do our part to help preserve it and not only support it monetarily but also to build awareness.”

Hoggard is thankful to GVSU for allowing for him to be part of a community centered on Michigan.

“While at Grand Valley, … I think a good majority of people I formed friendships with … were Michiganders,” Hoggard said. “And that was always a way for me personally to connect with others. I know everyone in every state are proud of where they’re born and raised, but growing up here, I really do feel that being a Michigander is something to be very proud of, and I think people really like to exhibit that.”

GVSU’s strong Michigan-based community would later inspire him to create a community through Michigan Overboard.

“We’re trying to create a community,” Hoggard said. “That’s the overall goal, and it was intended to be a platform for Michiganders or non-Michiganders to exhibit pride for the state they were born in or that they visited.”

Cremonte shared how he first was truly exposed to conservation after stepping onto the GVSU campus.

“Grand Valley really set the tone for being environmentally conscious,” Cremonte said. “I remember when I first came to Grand Valley, they had all the little recycling units and they would always talk about how they were a really eco-friendly campus. I think they set a really good example (for me).”

As for plans for the future, the team hopes to continue building a community based around the love of Michigan, making new products and reaching out to nonprofit organizations.

For more information or to purchase products, visit www.michiganoverboard.com or follow the company on Instagram at www.instagram.com/michiganoverboard/ to see the business’ Michigan-dedicated profile.