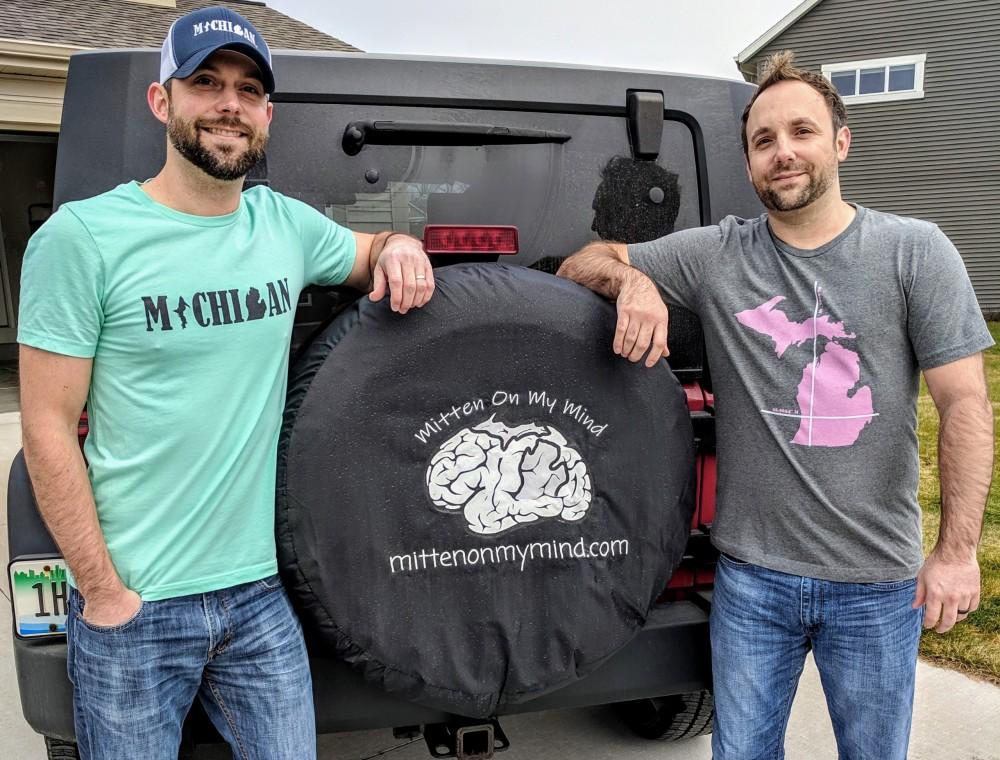 Grand Valley State University alumnus Nick Hoffman recently started a business called Mitten on My Mind LLC (Limited Liability Company) with his brother Nate Hoffman. Mitten on My Mind is an online business that has allowed the brothers to share their state pride with fellow Michiganders.

Mitten on My Mind sells a plethora of products including apparel, coffee mugs and phone cases.

“We really love the state, so we decided to create something like apparel to celebrate our state and what it means to us,” Nick said.

The brothers have always had a love for the outdoors and they wanted to create something that really showed their passion for Michigan.

Nick said that as they got older it was harder for them to make time to see one another, so the business was just another way to bring them together.

Ideas to create the business started back in November 2018, and they became official LLC in January. Now that the business is up and moving, they are shifting their focus on reaching out to places like GVSU and other establishments.

“We saw a need for freshness in the Michigan apparel space,” Nate said. “We wanted to bring a lot of our passion and where we have been.”

One of their designs includes various coordinates of points in Michigan that have impacted their lives the most. Both brothers graduated from Alma College and Nick went to GVSU for his graduate school, so both coordinates for those locations are present on their website.

Nate said this gave them a chance to really personalize everything and allow for people to wear these coordinates proudly.

“With our logo on the back, it shows that you are part of our family and it shows how Michigan is always on our mind,” Nate said.

Nick said GVSU really showed him what community is all about and that the GVSU community makes you want to be a part of it. He said he wanted to make sure they could honor that and incorporate it into some of their designs.

The brothers even decided to take their love for Michigan even further by donating a percentage of their earnings every year to the Great Lakes.

“We didn’t want this business to be about ourselves, we wanted to give back,” Nate said. “One of the best things about Michigan are the Great Lakes that surround it and we have seen how they are starting to get polluted so we tried to pick one of the best companies that we could partner with to donate to.”

Nate said that one of the most stressful parts of starting the business was trying to put themselves out there. Because these are designs that they personally like, they did not want to fail or feel judged.

The brothers are excited to bring more attention to Michigan through their business and show how great of a state it truly is.