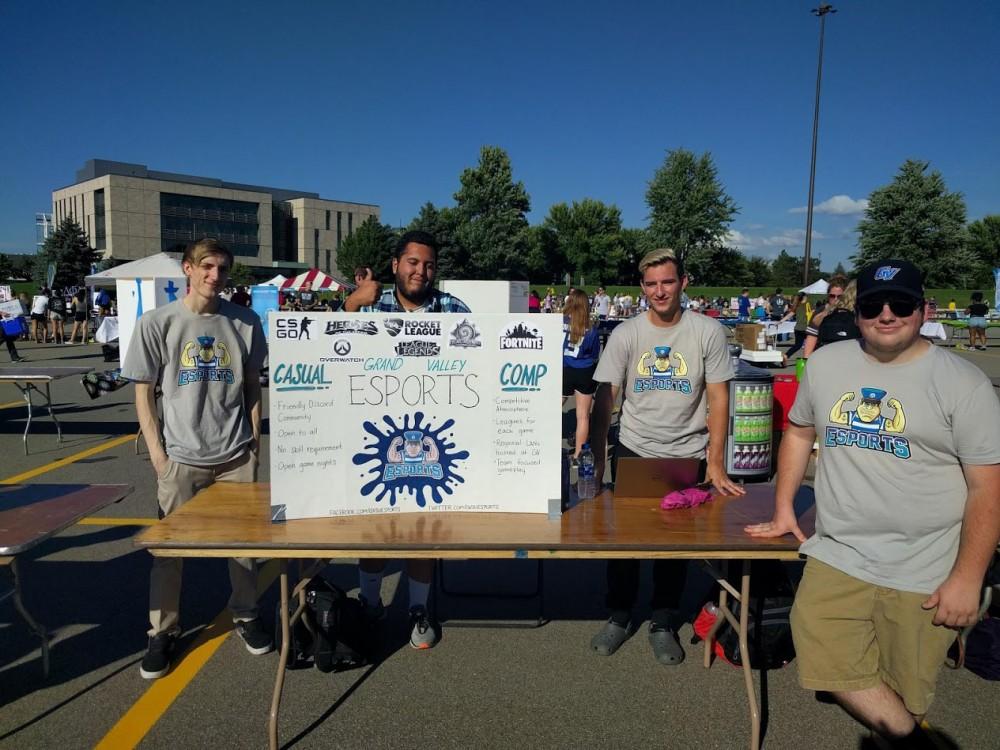 “This might sound dumb, but I don’t think I’ve ever been this excited about anything ever,” said Marshal Brummel, Grand Valley State University junior and President of the GVSU eSports club.

The club, which is a brand new GVSU organization, was started this summer by Brummel and four friends: Preston Janeski and Mike Ilg, who were former member of the Rocket League group on campus, Kali Zurawski, who was formally president of GVSU Blizzard Gaming and Marcus Jiles, who is currently in charge of the GVSU League of Legends group.

“I just really saw an opportunity for the gaming community in Grand Valley to come together and have a lot more of a connective poll with each other than apart,” Brummel said. “The community of gamers, we play tons of games. I think I have four or five games on my computer right now, and I don’t play all of them as much as I play my favorite, but it’s enough that you can relate to everyone. It was just a good opportunity to get a community together for people who don’t always have a community where you can actually meet people.”

Brummel explained that in the gaming community, it’s not uncommon to have friends who live around the world. Creating an Esports club on campus gives gamers the chance to get together with others in their large community.

The club started off in the summer with around 12 members, but since then the number has grown immensely with over 140 current members.

“We were sitting there at Campus Life Night and were just absolutely pumped,” Brummel said. “I told my e-board, ‘I’m expecting 100 people,’ and they were like, ‘there’s no way we’re getting 100 people.’ And I said, ‘we will get 100 people, I believe in it.’”

The levels of support shown to the club has exceeded Brummel’s expectations, and he is thrilled for what the future holds.

“We want to field competitive teams in every sport we can,” Brummel said. “Right now we have about four or five games that we think we can field at least two teams, which is really cool. It’s really fun to get a lot of people involved.”

The club is planning on participating in and hosting many tournaments this year, and they hope to get other Michigan universities involved.

“One of the biggest things we’re looking to do right now is to do land tournaments, which basically means to get a whole bunch of people together on the same internet, and they play each other,” Brummel said. “We want to have University of Michigan people come out, MSU, and Michigan Tech and Western. So I was planning that earlier and we were planning on doing that at Grand Valley, and I got a cold call from the Grand Rapids Griffins asking if we wanted to use their stadium. So we’re really excited about that.”

Brummel wants to emphasize that the eSports club is a community before all else, and that everyone is welcome to join.

“One of the biggest questions we got at campus life night was, ‘I play this game, but I’m not very good at it,’ or ‘I don’t like to play competitively.’ And to everyone we would say, you don’t need to,” Brummel said. “Like I said before, this is really a community. We really love our competitive games and we field competitive teams, and take that seriously, but most of this is about the community aspect. It’s casual and competitive together.

“We’ve had a surprising amount of girls join the club. I know that there are two issues. One is that playing games as a girl is a stigma, and it really shouldn’t be, they’re fun. But the other thing too is that internet culture, especially in gaming culture, does not necessarily treat girls the best, which is really unfortunate. And that’s one of the reasons why we are very strict about how we are respecting each other, not just girls but everybody. This is a community and we respect each other.”