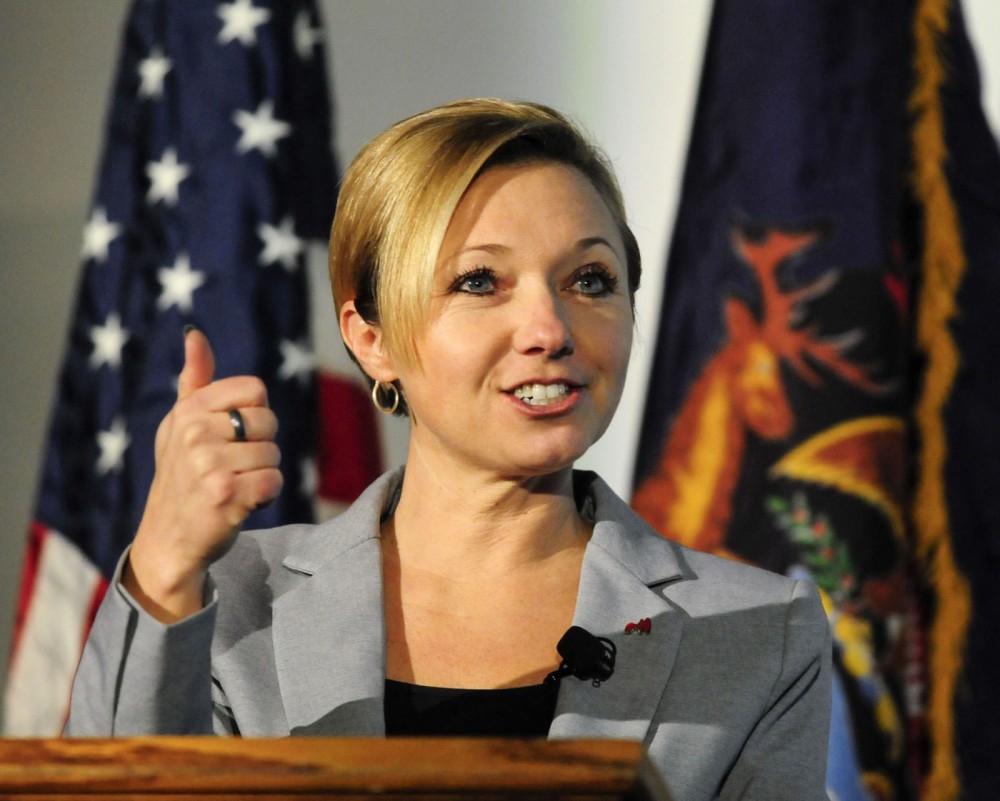 Bliss was elected Grand Rapids mayor in 2016 and has announced her intention of running for re-election for another four-year term. She also served as a city commissioner in Grand Rapids for ten years before becoming mayor.

Bliss is not the first mayor to serve at the university. Former Grand Rapids Mayor George Heartwell previously served as a community sustainability coordinator at GVSU. Honors College Director Roger Gilles explained that Bliss was chosen due to her extensive resume, work ethic and passion for education.

“Mayor Bliss is well-known for her energy and charisma, and she has been recognized by various groups as an influential woman, a small-business advocate, an excellent communicator, a literacy champion and an innovator,” Gilles said. “She has taught part-time in the GVSU social work program for over ten years, so she also has teaching experience. As mayor of a city of nearly 200,000 people, she is obviously very well connected to all of the regions’ major difference-makers, and this will make her a powerful resource for our students.”

As chair of the Honors College, Bliss will teach one course each semester focusing on developing skills for leadership, innovation and creative problem solving. It will also include historical and current leadership theories and concepts, with attention to building the type of personal leadership skills that lead to effective change in organizations and communities.

Bliss has also proposed hosting and facilitating a series of informal fireside chats with leaders in the west Michigan community known for their innovation and commitment to social responsibility.

Gilles said he hopes to see Bliss utilize her skills as mayor and an educator to inspire and empower motivated students to be intellectually curious lifelong learners who make positive contributions to their local and global communities and serve as capable leaders and active global citizens. Although Bliss has a multitude of commitments along with being chair of the Honors College, Gilles explained that he doesn’t believe that the position will take away from Bliss’ duties as mayor.

“Some people may not realize that Grand Rapids has a full-time city manager and a part-time mayor,” Gilles said. “The position of Meijer Endowed Chair in Entrepreneurship and Innovation is officially defined as half-time. We’re quite confident that Mayor Bliss will put plenty of time and energy into her work here.”