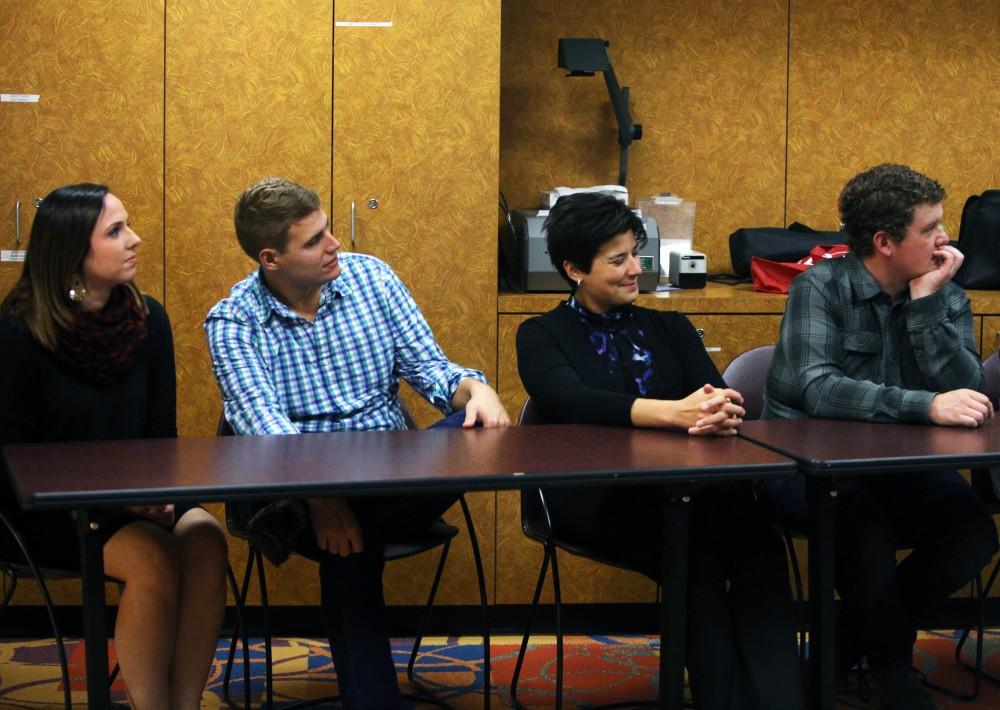 From the Dominican Republic, Malawi, South Africa, the Republic of Palau and elsewhere around the globe, returned Peace Corps volunteers spoke to students in the Grand Rapids Public Library Tuesday, Oct. 4. Their service varied from education, agriculture, economic development, the environment, health and youth in development.

“There were people willing to take the tiniest piece of cake and split it among 10 people, so everyone can have a little bit,” Barbash-Riley said. “Very sharing, generous culture and people wouldn’t even think twice before sharing the last thing they had.”

Barbash-Riley joined the Peace Corps because of her cousin, another volunteer, after hearing about some of her experiences in Zimbabwe. She said she remembered hearing how difficult, yet overwhelming positive, it was.

“I decided then, at that young and impressionable age, this is something I wanted to do. I wanted to be able to give back, to share some of the privilege that I grew up with,” Barbash-Riley said. “It’s the best decision I ever made in my life.”

Chris Lloyd served in the Peace Corps in the Republic of Palau from 2000-04. Her primary responsibility was to do research on the coral reefs there, which are vital to the country’s tourism industry. Now, that experience in the Republic Palau has helped her in her current position: a high school science teacher.

“Because I’m a high school teacher, you need a lot of patience, and I feel it’s really helped me with that,” Lloyd said. “It’s given me good experience so I can talk about that with the kids I teach, and use that to bring them into science.”

Llyod met her husband during her service, and still keeps in contact with her host family via Facebook.

Patrone served in the Peace Corps in 2013-15 after she graduated. She was an education volunteer, teaching English in two public high schools in Nicaragua and to some adults in the community. She said she had preconceived notions of the what the Peace Corps was like before she went into it, but after she served, it was nothing like she thought it would be.

“In the end I think about the relationships I’ve made and how they’re still lasting today,” Patrone said. “I was surprised about how these people became my family.”

An advantage of joining the Peace Corps, Patrone said, is the experience of learning more about oneself.

“It’s just an experience that is unlike any other, in that your service is based on how you want it to be,” Patrone said.

A bachelor’s degree is required for most sectors of the Peace Corps, making college juniors and seniors the prime demographic for recruitment. Patrone said she hopes to get 50 applicants this year, spread across GVSU and other colleges like Kendall College and Calvin College, where she also serves as campus recruiters.