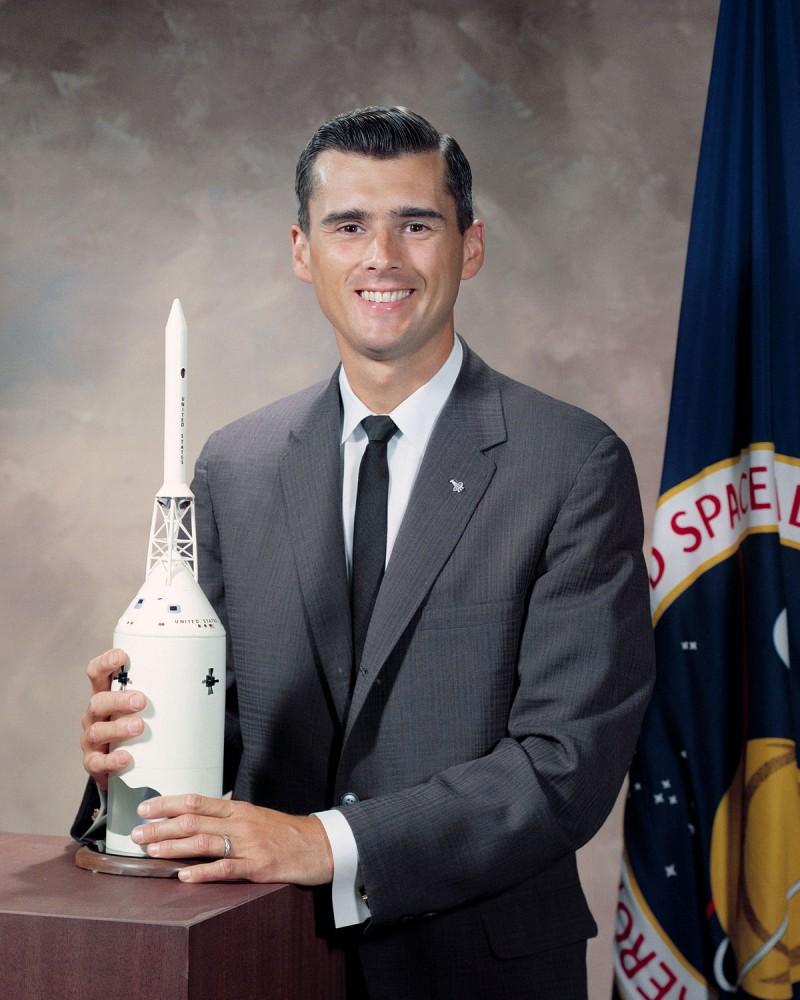 This upcoming weekend marks the second celebration of “Roger That! A Celebration of Space Exploration in Honor of Roger B. Chaffee,” a two-day conference to bring the community together to honor the memory of astronaut Chaffee while offering a glimpse into the world of space exploration, both past and present. The event will take place Friday, Feb. 16, and Saturday, Feb. 17, at the DeVos Center on Grand Valley State University’s Pew Campus. The Grand Rapids Public Museum will also host a variety of events on Saturday in celebration of the occasion.

Deana Weibel, associate professor and chair of the anthropology department at GVSU, developed the idea for the celebration as a way to memorialize Chaffee, a Grand Rapids native who lost his life in the Apollo 1 training fire in 1967.

“We (my husband and I) were talking about this big anniversary coming up, and we weren’t sure if anything was going on to recognize it,” Weibel said. “We were talking in the kitchen about how we should do something, so we got in contact with CLAS, we got in contact with engineering, so we got some support. In 2017, we had ‘Roger That’ thinking it would probably be a one-year thing hitting that 50th anniversary.”

Due to the large turnout and popularity of last year’s events, Weibel was encouraged to plan another conference this year. Although this year’s events are perhaps less historically significant in the context of the Apollo 1 fire, the conference is nonetheless dedicated to the Grand Rapids astronaut.

“This is the second one we’re doing, and since it’s not a big anniversary of anything to do with Roger Chaffee, we’re just keeping him as a symbol of space exploration in Grand Rapids,” Weibel said.

GVSU and other organizations encourage students to join in the festivities, as local elementary and junior high students will take field trips to visit the conference.

“The idea is that we worked both this year and last year with the Grand Rapids Public Museum because they have the Roger B. Chaffee Planetarium and it’s a logical connection to make,” Weibel said. “So basically, GVSU takes the Friday and does field trips for elementary and junior high school kids.”

Although space exploration is often tied to science and math-related fields, Weibel made it clear that people from all backgrounds will enjoy the conference, as topics range from the psychology of space travel to learning about the Mars Pathfinder rover.

“There’s a whole series of events starting about 11 o’clock in the morning on Friday and going until about 7 o’clock that are all just about space exploration but looking at it from a number of different perspectives,” she said. “We have the conference portion, which is a series of breakout sessions. There’s five of them, and for each one, people can choose to go to the science tract or the society tract.

“What we’re doing is showing that there are different ways of approaching space exploration in a number of ways. So, science is sort of the hard sciences, but society is more social sciences, arts and humanities.”

One of the guest lecturers is Mark Schwartz, GVSU professor of anthropology, who will be focusing on the theory behind ancient aliens influencing past civilizations.

“I’m going to talk about the ancient alien theory that was made popular by Erich von Däniken and what most people know today—the History Channel,” Schwartz said. “I’m going to show the roots of that idea and the reflections of it within science fiction. The main thrust of the talk is to put the ancient alien idea into a cultural context; I want to approach the movement as an anthropologist trying to figure out why people would come up with this idea in the first place.”

The conference will also feature words from Guy Bluford, a former Air Force colonel and the first African-American to travel to space.

“In the evening we’re bringing Guy Bluford, who was one of three NASA-recruited African-American men who were brought into what they called the ‘Thirty-Five New Guys’ group, which was the eighth astronaut group,” Weibel said. “He was the first of those three who were actually able to go up into space.”

After Friday’s events, there will be a ticketed dinner in the Gordon Gallery of the DeVos Center. GVSU a capella group Euphoria will perform songs inspired by outer space. A special show at the Grand Rapids Public Museum’s Chaffee Planetarium will follow the dinner.

Parking for the event will be provided by GVSU, and the Pew Campus parking garage will be available to visitors.

“On Friday, if people don’t have a parking permit, there’s the parking ramp at the downtown campus that you can say you’re there for the conference and they’ll give you something to put on your dash” Weibel said.

Friday’s events are free to the public, while Saturday’s events at the Public Museum are ticketed. Saturday’s events include viewing student-submitted projects for a space-focused design challenge and another speech presented by Bluford that will focus on his experiences on the Space Shuttle and the future of space travel.

Students and those interested in the conference are encouraged to come as Chaffee and other pioneers of space exploration are remembered and the future of traveling the stars is discussed.