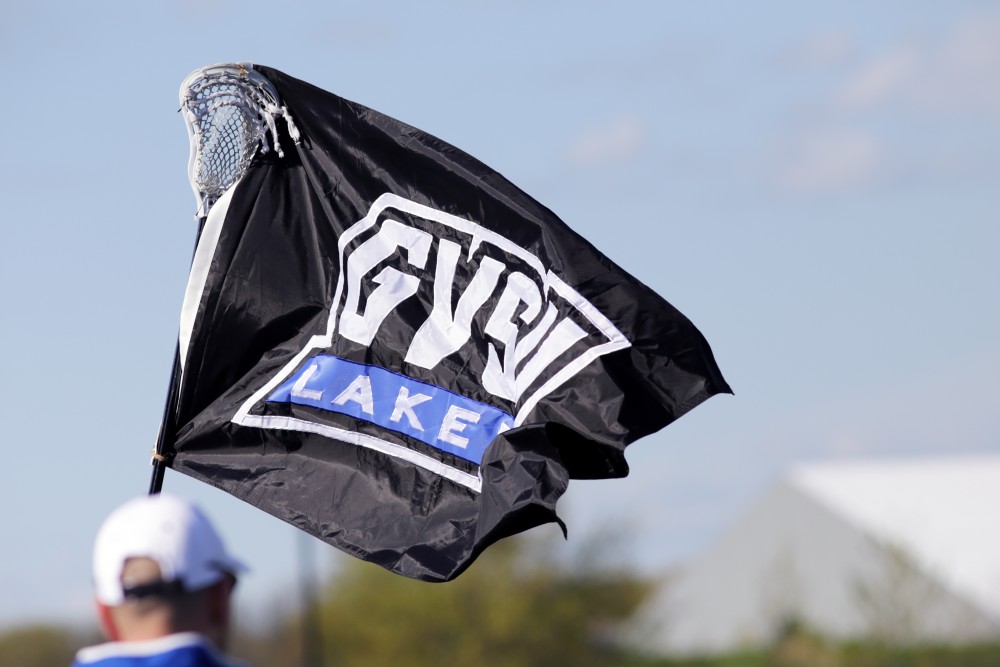 For the first time in program history, the Grand Valley State lacrosse team members were not GLIAC Tournament Champions.

Despite being the No. 1 seed in the GLIAC Championship Tournament, the Lakers dropped the conference championship game to the No. 2 McKendree Bearcats by a score of 12-8 in Allendale Sunday, May 7.

With the loss, the Lakers’ season has come to an early end as they will additionally miss the NCAA Division II Tournament for the first time since 2015.

“(You) get one day to be sad, then you need to use it for motivation. We will let it inspire us.”

The conference title game came on the heels of a 12-9 victory over the No. 4 seed Tiffin Dragons Friday, May 5.

Freshman Abbi O’Neal scored a game-high three goals for the Lakers in the first game of the weekend, while senior Ryan Skomial and juniors Meggan Loyd and Meghan Datema each added two. The victory was fueled by a streak of eight straight goals in the first half.

“The first half, we played the full thirty minutes, but the second half we only played half our game,” Loyd said. “I’m hoping on Sunday we can get the full sixty in.

(We) really just need to play together. When we do that, we pretty much are unstoppable when we’re working towards the same goal.”

Despite besting the Bearcats during the regular season, the Lakers were unable to overcome their conference foe when it mattered most.

Both halves were evenly contested as MU only outscored GVSU by two goals, but the Lakers were simply unable to put together a strong string of possessions to gain momentum.

GVSU was unable to score more than two goals in a row, while McKendree only failed to follow up on goals twice in the entire game.

“It’s a new starting point,” Skomial said. “It’s something to build off of. (It) had to happen at some point. Every team is going to have their loss. McKendree is a great team.”

Although coming up short in yet another tournament title will sting for some time, the Lakers will not hang their heads for long.

The team battled through season-ending injuries to their two leading scorers from the year prior before the first whistle of the season was even blown. But even with that baggage and several midseason bumps and bruises, the Lakers still managed to claim the regular season crown and the runner-up spot in the GLIAC Championship Tournament.

A number of impactful seniors will depart, but they end their Laker careers knowing that their program is in trusted hands with the younger classes they watched help carry the team throughout the tumultuous campaign.

“Their love for (the seniors) and each other will push them next year, and it’ll be the defining point for them,” Skomial said. “I think they’ll be amazing. (It’s) going to be a lot of younger players who are incredible and believing in each other (next season). It’s going to be a younger team … The girls are more confident now than they have been, and they’ll be so much better.”

The Lakers plan on returning half of the players who started the championship game, as well as their three leading scorers from the season. They end the year with an overall record of 8-9 with a 6-1 mark in conference play.

“One of the classic coaching answers is that we learned a lot,” Groveston said. “We grew up, which is great for our future. (We) had to deal with some situations which you may never have to deal with in your college career.