Lakers take ‘It’s on Us’ pledge to end sexual violence 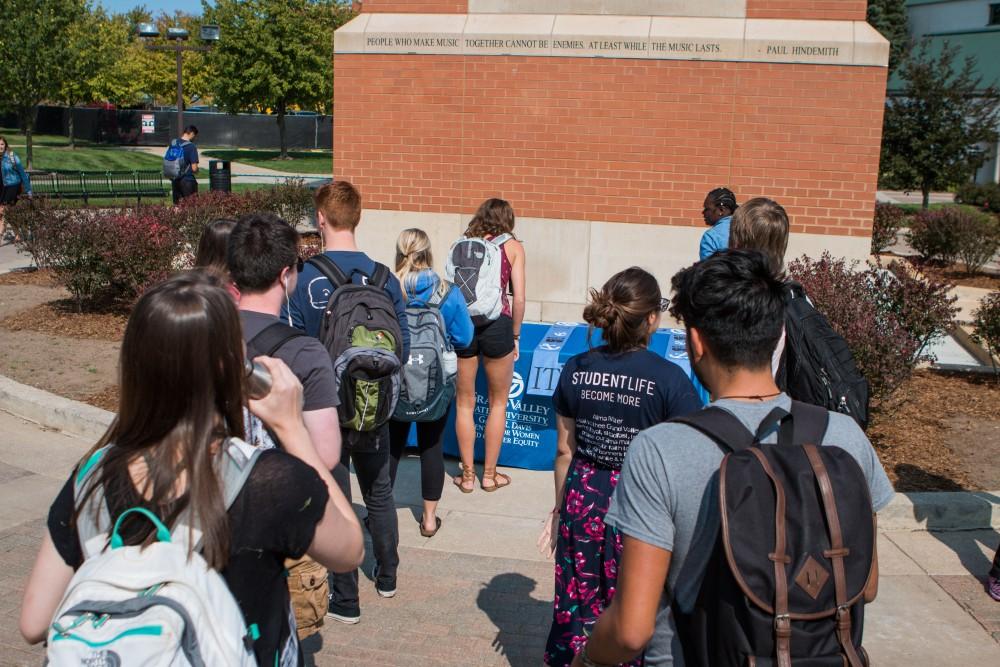 Like at many colleges, sexual assault is a reality at Grand Valley State University. With that in mind, the Gayle R. Davis Center for Women and Gender Equity hosted “It’s on Us: Take the Pledge” to get more GVSU Lakers involved in bringing an end to sexual violence on campus.

Founded in 2014, It’s on Us is a nationwide movement to end sexual assault. The goal of the organization is to educate people about sexual assault, consent and bystander intervention. It’s on Us asks everyone to join the conversation and to create a safe environment for survivors.

Students, faculty and staff gathered Tuesday, Sept. 12, by the Cook Carillon Tower for the event, which was scheduled from noon to 3 p.m.

During the event, flyers were handed out to passersby filled with It’s on Us mission statements and helpful resources, such as the contact information for the GVSU Police Department, the victim advocate and the Title IX coordinator.

Participants at the event were given the option to take a photograph with a blue frame covered with anchors, GVSU logos and It’s on Us lettering. The individuals or groups that took pictures were then invited to post the photos on social media in order to spread awareness for the cause.

Attendees were also asked to take the “It’s on Us as Lakers! Pledge,” a personal commitment and acceptance of responsibility to support others; to intervene in harmful situations; and to help prevent sexual, interpersonal, and gender-based violence on campus.

“I took the It’s on Us pledge because I believe it’s the responsibility of every member of the GVSU community to shape the culture of our campus,” said Faith Ureel, a GVSU student. “We need to foster an atmosphere in which all students feel safe.”

While the It’s on Us movement spreads with every pledge, the Laker-specific campaign is growing as well.

There is now an official group of student representatives for It’s on Us at GVSU. Michelle Roldan, the campus coordinator, and her new team all tried to attend the Sept. 12 pledge event to spark conversation.

“I want people to realize we are taking this seriously,” Roldan said. “There are services on campus that we do have, that we do provide and that do we want to be utilized.”

Moving forward, Roldan and her team will meet often to examine the progress It’s on Us has in the community. To work on spreading awareness, they will discuss introducing resources, collaborating with other student organizations, and planning more events and activities. 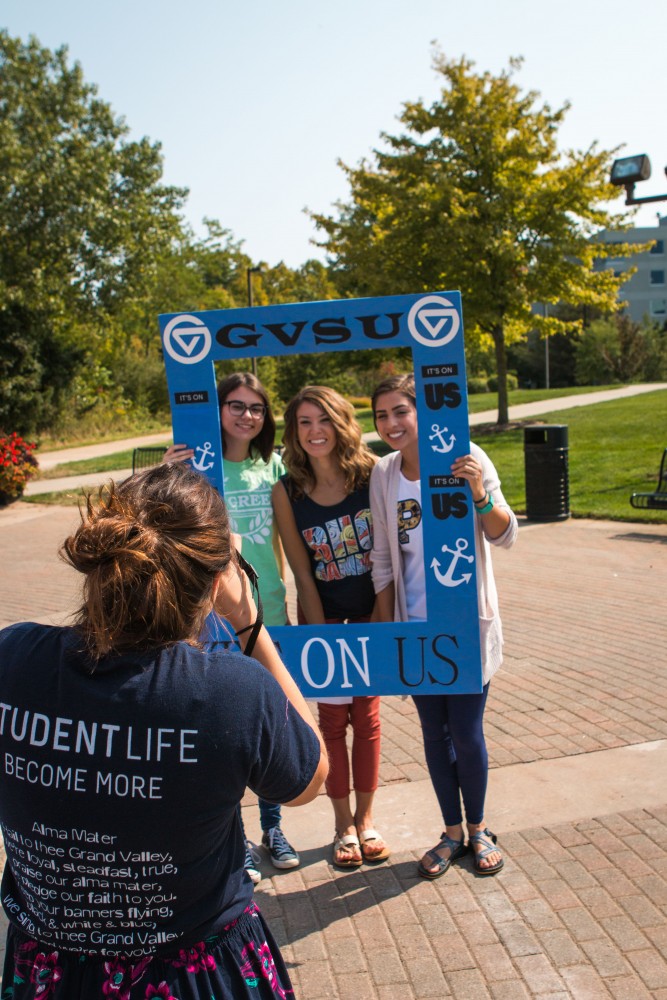 Furthermore, Roldan said it is important for people to understand the concept of consent and understand how sexual misconduct can still impact GVSU, a campus that strives to be inclusive and respectful.

Through various events such as the pledge event, more people at GVSU can get involved and help stop occurrences of sexual misconduct.

Roldan explained that when more people are educated about the issue, more people can recognize instances of sexual violence, speak out, and protect themselves and each other.

“The community is coming together to tackle a very relevant issue that affects all of us,” Ureel said. “It is on us to prevent sexual assault, and people are rising to the challenge to do just that.”

Take the Pledge will be the first of many It’s on Us programs at GVSU, in addition to P.E.P. Talks and ReACT! performances. The next event, a discussion about healthy relationships, will be held Tuesday, Sept.19, from 2 p.m. to 4:30 p.m. in Room 2215/2216 of the Kirkhof Center.

For more information or to take the pledge, visit www.gvsu.edu/itsonus.