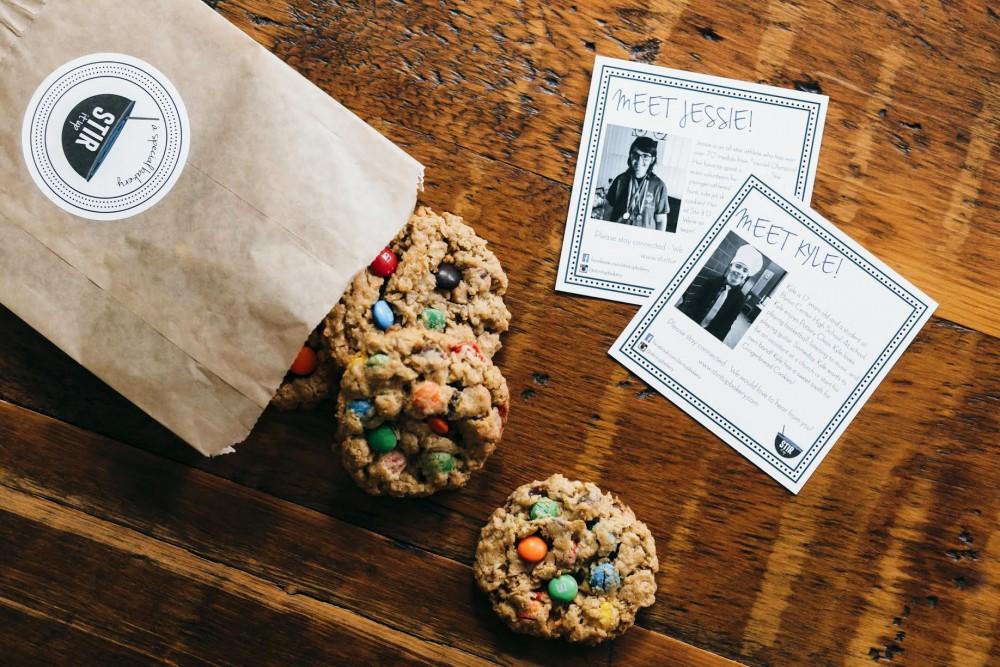 Transitioning between school and work is a daunting change for college students. However, Zoe Bruyn managed to tackle both by starting her own business called “Stir It Up,” while still studying at Grand Valley State University.

Bruyn is a senior majoring in business management and marketing at GVSU, set to graduate in April 2017. She picked her major because it allows her to be creative and to collaborate with people.

Honing in on the benefits provided by the business school located centrally in Grand Rapids, Bruyn chose to attend GVSU where she could both learn and obtain real world experience.

As a freshman at GVSU, Bruyn joined The Collegiate Entrepreneurs’ Organization (CEO), a student group on campus. Now, she is the president of CEO and helps students start and run their own businesses.

When Bruyn decided to start Stir It Up, other factors aside from CEO pushed her toward a business to empower disabled individuals. Bruyn has three cousins with special needs, and she volunteers with Young Life Capernaum Ministries, a Christian organization.

“What I noticed was that a lot of our friends in the group struggled to find employment after they finished their schooling,” Bruyn said. “I did a little bit of research, and about nearly 70 percent of individuals with intellectual and developmental disorders are unemployed. To me, that just wasn’t acceptable.”

With that, Stir It Up combines three major influences on her life: business, family and friends. Stir It Up is currently located out of a commercial kitchen within Trinity United Methodist Church in Grand Rapids and currently has three employees.

“Our mission is to provide meaningful employment to individuals with intellectual and developmental disabilities,” Bruyn said.

It was a long process to start Stir It Up. First, Bruyn developed the logistics like recipes and training, before validating the concept. After she received positive feedback, she pushed the project forward by entering business competitions to win funding.

Every competition was different, so Bruyn said the best way to prepare was to practice. Along the way, she had mentors from the Richard M. and Helen DeVos Center for Entrepreneurship and Innovation (CEI), including director Shorouq Almallah and Kevin McCurren, clinical affiliate faculty, to whom she went for advice and guidance.

“Stir It Up solves a real and compelling problem that many individuals are touched by, and that’s what makes it so unique and successful,” Almallah said.

Both Almallah and McCurren agree that Bruyn is a role model and a true leader. They also believe that Stir It Up is more than just a business.

“It’s not just about a bakery, it’s really about tapping into the 6 million developmentally disabled adults,” McCurren said. “They just need a support structure around them and that’s what the key is, she’s identified that.”

Bruyn hopes that Stir It Up will continue to grow and eventually move to its own location. Her goal is to scale the business and change the 70 percent unemployment rate for intellectually and physically disabled individuals across the nation.

“My advice would be to just start,” Bruyn said.

Surprisingly, baking was not Bruyn’s lifelong hobby. However, she believes that starting a business at a young age is attainable, and aspires to make change in the world.

To get involved with CEO, visit the webpage at gvsuceo.com. For more information about Stir It Up, visit stiritupbakery.com.