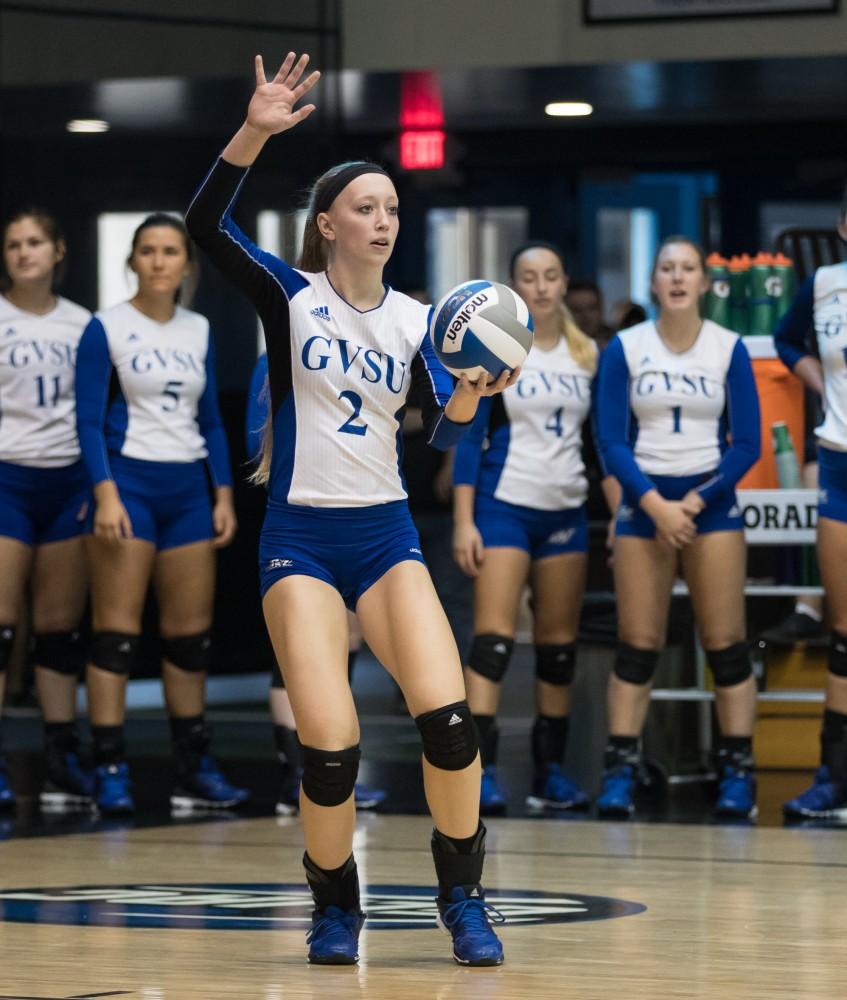 Heading into the 2015 season, the Grand Valley State women’s soccer team had six positions to fill after losing as many seniors to graduation. One of the positions, goalkeeper, would be decided among three girls.

After spending her freshman year learning from Andrea Strauss, a member of the All-NCAA Tournament Team in 2014, Jennifer Steinaway was ready to compete for the starting spot. But after tearing her Achilles tendon in an offseason workout, Steinaway’s dream of becoming the starting goalkeeper would have to wait one more year.

“She certainly would have been highly competitive (for the starting role if she was not injured),” said Jeff Hosler, GVSU head coach.

“It’s obviously very difficult knowing that you can’t physically be a member and be a part of it,” Steinaway said. “Eventually you adapt and realize I need to be a good cheerleader and a good teammate.”

After the season concluded and her rigorous rehabilitation was over with, Steinaway was once again ready to compete for the starting spot.

“This was my first chance coming in completely healthy with the experience under my belt from the spring (season),” Steinaway said.

In the spring season, Steinaway received ample opportunity to showcase her skills against top Division II and even Division I opponents.

“Jen got a lot of minutes playing against great competition, the likes of Northwestern, Western Michigan University and Bowling Green,” Hosler said. “She performed very well in those matches. That gave us a lot of confidence in her at that time.”

As a goalkeeper, the ability to move the ball efficiently up the field to teammates in order to start an attack is a crucial part of the job. In the spring and preseasons, Steinaway showed the GVSU coaches that she was capable of this.

“For us and our style of play, our goalkeeper has to be good with her feet, has to connect with the back four, and also play vertical and diagonal balls,” Hosler said. “She unquestionably is very strong in that skillset.”

Before the first game of the season, after a two year journey, for the first time in her collegiate career, Steinaway heard her name called as the starting goalkeeper for the Lakers. It was a feeling of accomplishment and relief for the redshirt sophomore after an uphill battle to get there.

“It’s hard to describe. I had waited two years, and I worked hard enough to get that feeling,” Steinaway said. “Essentially it is excitement, and then it turned into nervousness and then it got comfortable again.”

Any nervousness Steinaway may have been feeling has not been evident in the first four games of the season. She has given up only two goals on the year and holds a 3-0-1 record in the early goings of the season.

If the Lakers plan on making another run at the national championship, Steinaway will be a crucial part to team’s run at history.

“I personally have had an Achilles injury, so I know that is not an easy thing to get through mentally or physically,” Hosler said. “It just shows her mental toughness, and also her commitment to the game and to her team to get back to where she is at now.”