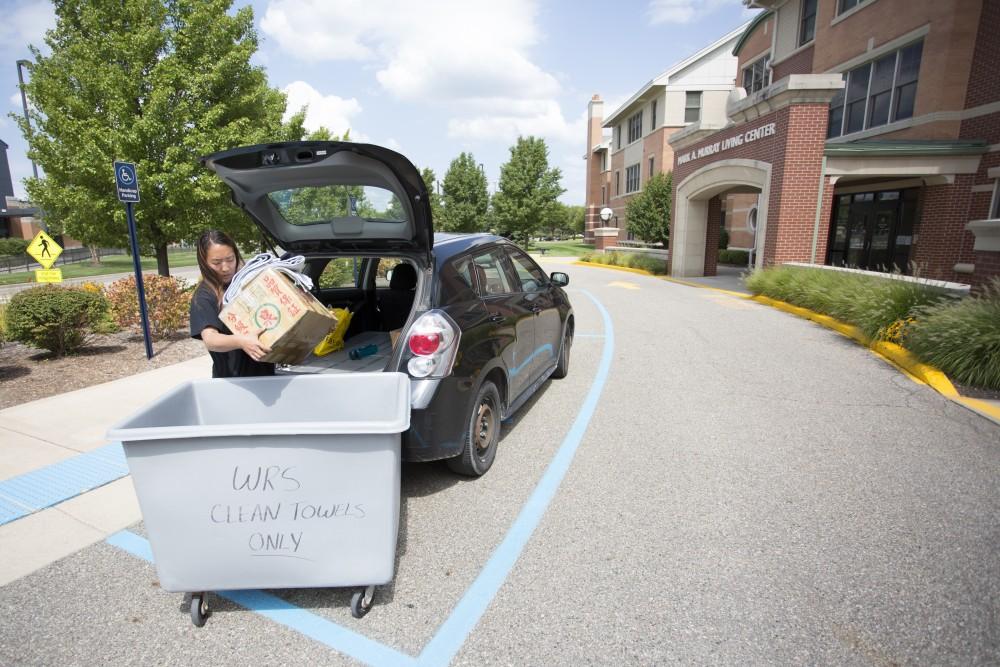 As the date gets closer and closer to the first day of classes, campus traffic can be seen growing at a steady pace. However, this year, the Grand Valley State University campus will be busier than ever.

Over 6,223 students will be living on the Allendale and Pew campuses for the 2015-2016 academic year. This is a record breaking number of on campus residents for the university with 100 more students set to check in than last year. Additionally, 85 percent of all first-year students have opted to reside on campus.

To help accommodate these additional students, the university changed two-person bedroom units on south campus into four-person rooms. These additional beds on campus will help alleviate a housing shortage that plagued the Allendale Campus last year. Some freshmen who applied late last year found themselves without available on-campus housing.

“We will have approximately 6,200 students this fall,” Beachnau said. “We are excited about the new changes. Dining improvements include the KC, Kleiner, and Marketplace.”

Looking toward the next year, GVSU is also adding traditional-style housing east of Mackinac Hall in what was Robinson field. The building will house approximately 500 students and will include study space, laundry facilities lounge space, a game room and recreational space. The housing center will also include a computer lab, media room, three faculty offices, a multi-purpose room and Einstein’s Bagel food service.

After this new building is finished, there should be sufficient housing for on-campus locations.

“We believe with the new housing in 2016 we should at a good place,” Beachnau said.This year, during student move-in times from Aug. 23 through Aug. 27, Grand Valley State University President Thomas J. Haas, staff and other community members will be helping to move this increase of students into their housing. In addition to these volunteer efforts, Haas and his wife, Marcia Haas, will be serving ice cream to students and family members on Aug. 26.