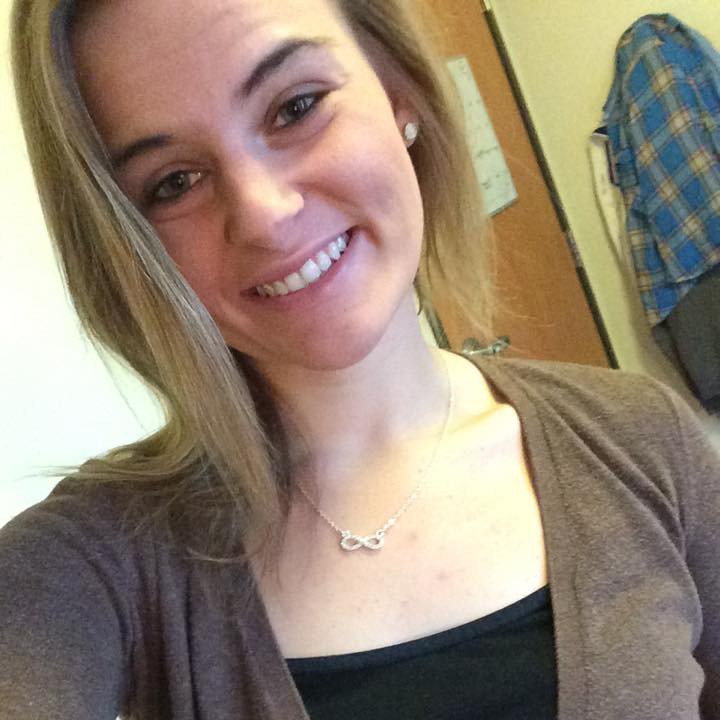 A lawsuit regarding the claimed wrongful death of Rosemarie Reilly, a Grand Valley State University student, in 2016 was filed on Nov. 2, directly citing two Grand Valley Police Department (GVPD) officers and four Ottawa County Sheriff’s Department (OCSD) officers for their involvement and “gross negligence.” The surfacing of a lawsuit not only brings up questions surrounding the cause of Reilly’s death, but challenges if the situation could happen again.

Jim Rasor, the attorney representing Reilly and her family, said that the lawsuit was filed because Reilly’s death and lack of concurrent investigation left too many questions unanswered.

As stated in the lawsuit, Rasor claims that the risk Reilly’s killer presented was “obvious and known,” which leaves one question lingering: why wasn’t anything done to arrest him? A key claim in the lawsuit states that local police “listened and acquiesced to” the killer’s father, who was a local officer at the time, when he “requested leniency for his son.”

OCSD and GVPD could not respond to the Lanthorn’s requests for comment due to the ongoing status of the legal proceedings.

“If I was a student at GVSU, I would be worried about my police force,” Rasor said. “What was (Reilly) supposed to do?”

The relationship between victim/survivors of sexual violence, stalking and domestic abuse and GVSU’s resources are now in the spotlight.

“From my standpoint, being able to trust the centers on campus is extremely important,” Vervaeke said. “You want Grand Valley to be on your side and I think a lot of what Grand Valley stands for is (supporting) students… I personally trust the individuals who I’ve met in each of the centers and I have a relationship with them. Because of that, I would recommend people to go talk to (them), whereas if I did not trust them, I’d recommend them to go somewhere maybe off campus.”

Through her involvement with GVSU’s chapter of It’s On Us, a national movement aiming to end sexual assault on college campuses, Vervaeke said that she’s worked closely with GVPD, the Center for Women and Gender Equity and many other resources on campus for victim/survivors. With sexual violence being such an emotional experience, it’s important that student relationships with resources are strong.

“If I was having a similar issue and I had read that GVPD had done this, I would go to the Ottawa County Police Department instead, or I would go somewhere else and find support somewhere else,” Vervaeke said. “You’re not going to talk to someone you don’t know about something like that. It’s such a personal topic to people and it is about trust and building a relationship with someone before that persons starts spewing their feelings.”

While trust plays a key role in getting victim/survivors the resources they need, GVSU victim advocate Krystal Diel said that ultimately, the recovery process is an individual one. While some students may feel comfortable pursuing legal action right away, others may need to work at their own pace and may not feel comfortable working with police.

“Each victim/survivor is different,” Diel said. “For some individuals, pursuing justice through the criminal justice system or Title IX can be incredibly healing and a way for their voice to be heard. For others, they would rather find healing through counseling or through family and friends. It’s so individual in what makes the most sense for each person.”

“I’m shocked by this whole thing because I know GVPD almost on a personal level and they work really closely with us, so (the lawsuit is) really surprising to me,” Vervaeke said. “I know that just recently, things have shifted and the campus climate has shifted to be very in support of victim/survivors of sexual assault. I really hope that helps. Maybe this was kind of a turning point for that.”

What happened, day by day

Reilly was shot and killed by her ex-boyfriend Jeremy Kelley on Nov. 6, 2016 before he turned the gun on himself. Both were pronounced dead within an hour. The impulsive act was preceded by a revealing past.

The following chain of events comes from the lawsuit files on behalf of the Reilly estate on Nov. 2, 2018.

While attending school at GVSU, Reilly ended her relationship with Kelley. In the days following, Kelley called Reilly twice between Oct. 5 and 7 threatening to kill himself. Reilly reported both to the police, with OCSD and GVPD working together to locate Kelley following the first call.

On Oct. 8, Kelley got in an argument with Reilly and prevented her from running away. He then proceeded to physically assault her with Reilly sustaining a broken nose among other injuries.

Between Oct. 8 and 11, Kelley called Reilly 43 times, including a call to her aunt and uncle’s house, whom she was staying with at the time. During Kelley’s call to Reilly’s uncle, he threatened to kill himself, which Reilly’s uncle reported to the police.

On Oct. 12, Reilly filed a report to GVPD regarding Kelley stalking her on campus, domestic violence and abuse, and threatening to kill her whilst pointing a gun at her head. The report was also sent to OCSD, and both GVPD and OCSD encouraged Reilly to file a personal protection order (PPO). Additionally, GVPD banned Kelley from trespassing on GVSU property and filed a stalking report.

On Oct 13, an OCSD officer visited Kelley’s home and told him leave Reilly alone. The same officer called Reilly’s mother, telling her that nothing could be done to prevent the calls to Reilly or to confiscate Kelley’s guns, which he owned legally.

When Reilly’s mother told the officer that Kelley threatened her daughter at gunpoint, the officer encouraged her to file a report about the incident. That day, a report was filed.

During a phone call to Kelley regarding the domestic abuse report, an OCSD officer informed Kelley that he would not be taken to jail, but requested to question him.

Both the stalking report and domestic abuse reports were reviewed by GVPD.

On Oct. 13, Reilly’s mother also spoke to GVPD, where she informed them of Kelley’s unpredictable behavior, ownership of firearms and stalking behavior. GVPD said they would follow up on the incident.

GVPD spoke with Kelley, informing him that he was banned from GVSU property and not allowed to contact Reilly or members of her family by any means.

On Oct. 17, Reilly obtained her PPO which prohibited Kelley from entering her residence, GVSU property, following Reilly or contacting her via phone or Facebook.

On Oct. 18 and 19, the PPO was violated. Reilly was called three times by Kelley on Oct. 18. The calls continued on Oct. 19, but also included Reilly being stalked by car on campus before running to a nearby dining hall and calling the police.

Following these incidents, GVPD checked in on Reilly and her sister, who was also a student at the time.

Between receiving the PPO on Oct. 17 and Oct. 22, Kelley attempted to contact Reilly 86 times.

Sometime during the last week of October, Kelley told Reilly and her sister that his father, who was an OCSD officer at the time, was going to make sure “nothing was going to happen” for his violation of the PPO.

Two warrants were put out for Kelley’s arrest on Oct. 28 and Nov. 2. OCSD issued a warrant first on the grounds of domestic abuse, while GVPD issued one on the ground of stalking later.

On Nov. 6, Kelley found Reilly at a friend’s house in Grand Rapids. Reilly was taken outside and killed, being pronounced dead at the scene. Kelley, who shot himself in the head, was pronounced dead after being transferred to St. Mary’s Hospital.

In terms of resources, GVSU offers a plethora of outlets that support students through different steps of the post-trauma process. As victim advocate, Diel acknowledged that the process is intimidating, but her role is centered around being a comfortable first step for many victim/survivors.

“It can be really scary to go through any of these processes, or even just coming in here,” Diel said. “But the nice thing about coming (to a victim advocate) is you don’t have to do anything you don’t want to do… We can just chat about resources. But if (a victim) wants to take a step in a certain direction, I’m more than happy to walk them through it every step of the way.”

“It’s an easy way for me to serve as a liaison for students and give (the team) updates,” Diel said. “Sometimes it’s intimidating for a student to reach out to a detective or a prosecutor, or they just don’t understand the language of the criminal justice system… Even being able to interpret that for students (so they) understand what’s going on brings a lot of comfort.”

While signs point to the improvement for the post-trauma journey on campus, the legal portion of the lawsuit is still unfolding. In a statement to the Lanthorn regarding the lawsuit, GVSU claimed that the university was not directly named but will support the named officers it employs.

“We believe our officers acted properly, and we will mount their defense,” GVSU said.

The GVPD officers cited in the lawsuit include Chief Brandon DeHaan and former officer Collin Wallace.

Rasor explained that in suing law enforcement officers, there is no grounds for a trial for officers failing to do their jobs, even though Rasor said they completely failed. There needs to be evidence that the officers in question willingly took an action that resulted in Reilly’s death.

While Rasor and the lawsuit claim to have evidence that the officers in question chose to protect Kelley instead of Reilly, he hopes that an investigation into the death will reveal more information — something that should have happened at the time of Reilly’s death.

“Part of the reason for filing this lawsuit is to force them to do an investigation to account for why this happened,” Rasor said. “If you look up the stats for how often a situation like this – with a male stalker and a female victim occurs – and how many times that results in a death, of the woman, any educated police officer should know that choosing to protect that stalker might result in the death of that victim.”

As the case is pending investigation, there are still details yet to be revealed. Vervaeke said that from what she has seen, the defendants’ claims that Reilly did not do enough to protect herself is victim blaming, which is questioning irrelevant facets of a victim’s testimony instead of protecting them regardless.

Being so early in the legal proceedings, it’s difficult to determine which side the current facts will favor. Regardless, Vervaeke said that students should follow any updates released on the lawsuit.

“(The lawsuit) is probably something to keep an eye on because it is that trust relationship,” Vervaeke said.