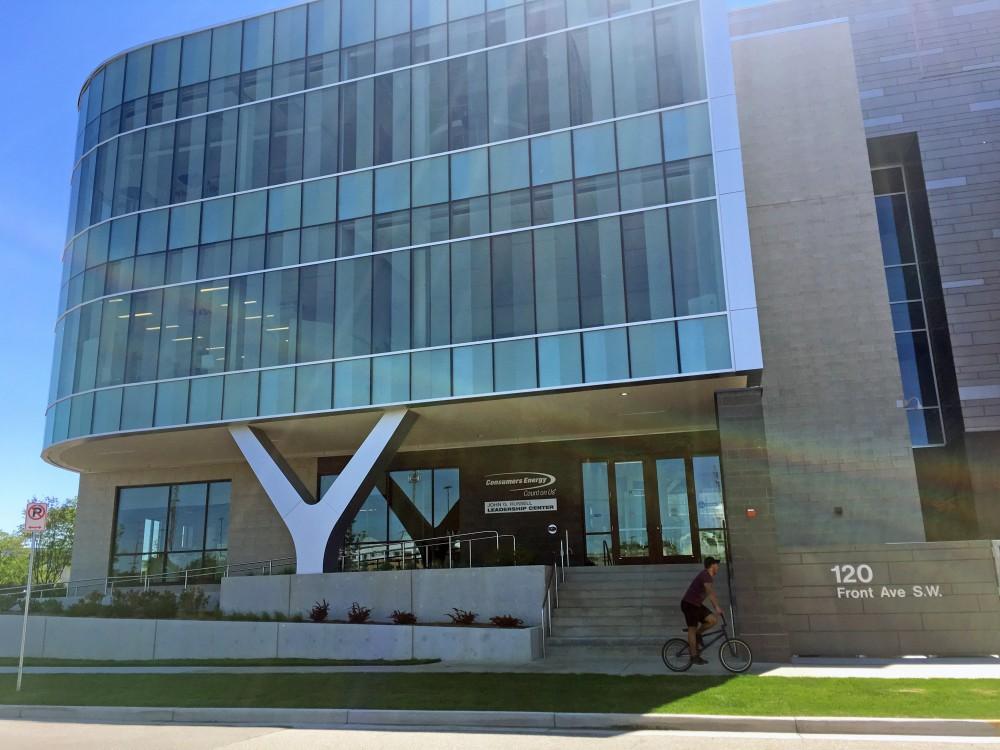 Grand Valley State University and Michigan-based Consumers Energy have teamed up and opened a leadership center on the university’s downtown Grand Rapids campus.

The John G. Russell Leadership Center, located on Front Avenue Southwest just past the L. William Seidman Center, will serve as a hub for Consumers Energy employees to learn key leadership skills as they work in the company. The building is named after a former president of Consumers Energy.

“Just the overall flow of the City of Grand Rapids was very attractive to the company, and it seemed like the location to build a leadership center,” said Stacy Mowrer, director of learning and development at the leadership center.

While Consumers Energy has three technical training hubs across the state, this is the first leadership training center in Michigan, meaning employees will come from all over the state to train in Grand Rapids. The purpose of all the hubs is to identify skills gaps of employees within the company and then “internally certify” them through educational programs.

“We were looking for an area that could become the hub for leadership development, where our leaders would really be able to separate themselves, … come to a place where we would create a whole experience for them, where they could really focus on their own roads to development,” Mowrer said.

Mowrer said on average, there are 100 to 150 employees training in the hub each week. The programs are cohort-based, so one group of leaders trains for a week and then comes back in four to six weeks to reevaluate.

The programs are taught from a “transition-based approach,” meaning leaders are shown how to handle leadership at each level.

“The first critical transition for any individual is the first time they become a leader, so that’s what we call ‘transition one,’” Mowrer said.

Just some of the key skills that are taught in the hub include communication, accountability, trust, team building and ethical leadership.

“It’s a state-of-the-art facility incorporating state-of-the-art technology to really create engaging learning experiences,” Mowrer said. “There’s a variety of collaborative work spaces depending on individual or group preferences. We have an interactive space on the first floor. It’s called ‘Connections,’ which is really all about the operations of our company and the service we provide for our customers.”

Matt McLogan, GVSU vice president for university relations, said the partnership between Consumers Energy and GVSU started three years ago when the idea was presented to GVSU President Thomas Haas. He then recommended it to the Board of Trustees, which approved it, and construction on the hub began in 2015. The doors opened Friday, April 28, of this year.

“We’re certainly hoping there are opportunities for internships (for students),” McLogan said. “Consumers Energy has a long history of hiring Grand Valley graduates.”

While Mowrer said there isn’t currently a solid plan of involvement for students, there is an internship program available.

“We have a pretty robust internship program, and I know that Grand Valley students have participated in it as well,” Mowrer said.

While the new center is a hub of activity right now, the contract between the company and the university solidifies that after 40 years of being open, Consumers Energy will sell the building to GVSU for $1.