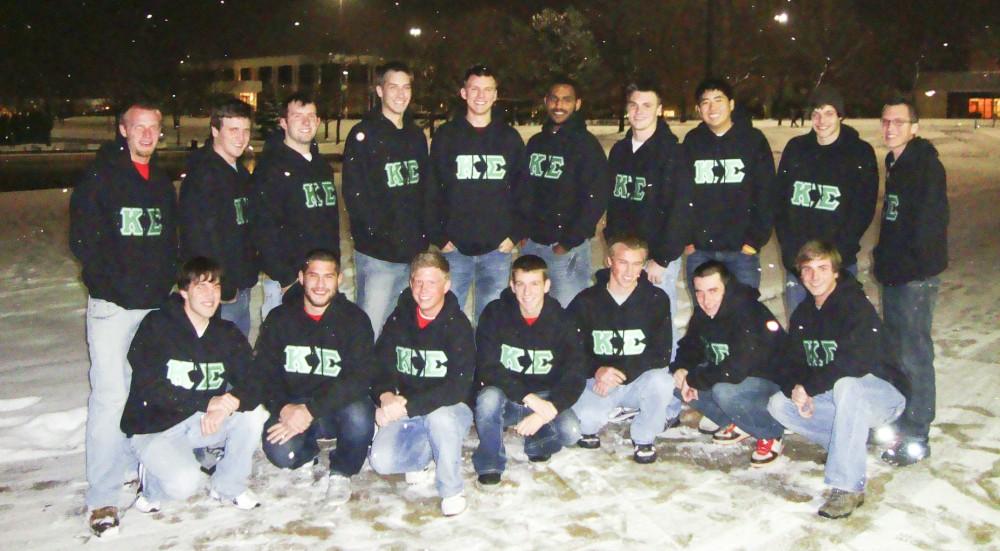 Greek Life has a long withstanding tradition on many college campuses across the world.

Here at Grand Valley State University, there are eight fraternities and eight sororities; and while the campus continues to grow, so does the interest in Greek Life, which has called for a closer look into an expansion plan for GVSU Greek Life.

Alex Burkholz, president of the IFC, said the expansion process is fairly open. The current board decides whether or not a chapter will be beneficial to the campus and how well they’ll be able to acclimate.

“The goal is to communicate with the groups that would like to come to campus and set up an agreed-upon time for that organization to join our community,” Burkholz said. “The benefits to adding a new organization is to allow for more young men and women to join Greek Life and to continue to grow more as a community, but we believe there is a well thought out way to do this. With each group that comes on, it brings a new dynamic to the community and we welcome that.”

Nick Schreiber, president of the Greek Life Council, said they also have to take size into account.

“GVSU looks at the size of the chapters currently on campus first,” Schreiber said. “If recruitment classes show a decrease in numbers, then it wouldn’t be smart to bring on a new chapter. We are better represented when we have a large community to build off of. Consider the amount of service and philanthropy dollars all the organizations raise individually, it only helps the school bringing organizations like that on campus to help out the community.”

Burkholz said the main reason a fraternity would be denied recognition as an official student organization is if they fail to follow the guidelines set in place by the university and the Greek Life Council they are attempting to join. One of the youngest fraternities on campus, Kappa Sigma, learned this the hard way.

Back in 2009, Kappa Sigma started as an interest group. The group became a colony without the official recognition of the university, and Spencer Richardson, the current president of Kappa Sigma, said that’s when conflict arose.

“What our problem was is we were never aware of the process of starting a fraternity,” Richardson said. “They weren’t pleased that we didn’t follow their protocol, but we didn’t even know about it at the time. That’s where our drama was. We were (trying to start our own thing), but we weren’t trying to step on toes, and that’s what we ended up doing.”

For this, the Greek world at GVSU saw them as an underground fraternity, which could put the university’s reputation at risk.

“The real problem arises should there be any risk management issues that were to happen,” he said. “Since they are not a GVSU student organization, Grand Valley can’t monitor them or punish them for any infractions they might have,” Schreiber said.

Their National Council recognized Kappa Sigma, but GVSU did not. Because of this, they weren’t allowed to participate in socials or other events along with the rest of the university’s Greek Life, leaving them feeling very left out, but eventually that all changed.

Richardson said the issue was based on miscommunication. After presenting their case to the IFC two times, three votes later, and a little prodding from their National Board, Kappa Sigma became an official fraternity on campus.

“For other fraternities in the future I would definitely recommend them to submit a form on the IFC website and then go from there because it’s a lot more work and stress if you don’t do it that way,” Richardson said.

Schreiber said the newest chapter to join the Greek community at GVSU will be the Sigma Sigma Sigma sorority next fall, and there’s interest from both Tau Kappa Epsilon fraternity and Phi Gamma Delta fraternity to join in the future as well.