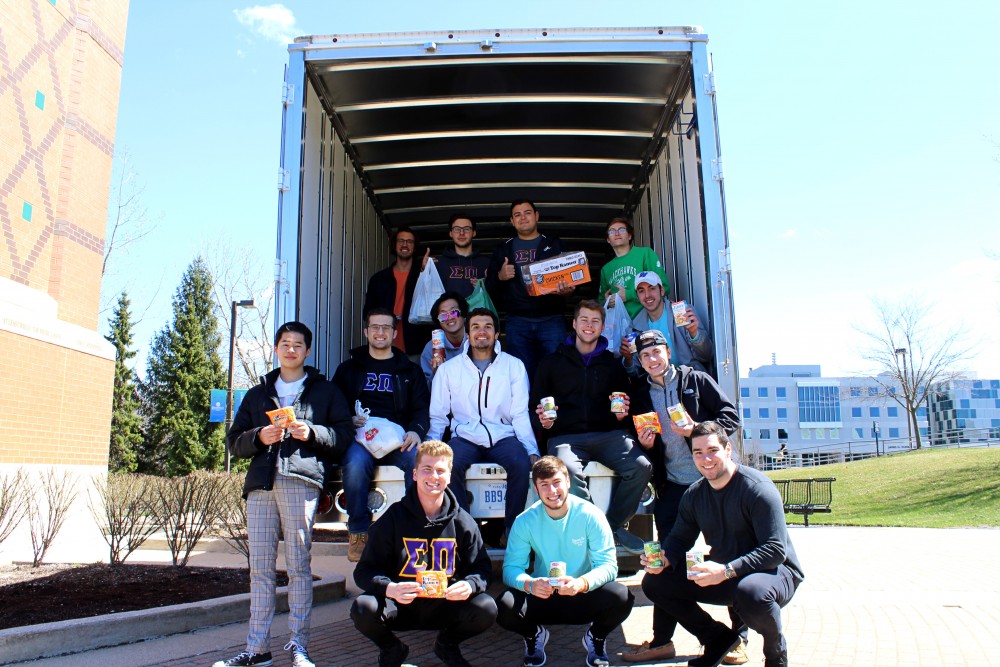 Each year, the Theta-Rho Chapter of Sigma Pi hosts the “Altruistic Campus Experience” (ACE) Project. The ACE Project, which was officially started in 2003, has become an annual tradition at Grand Valley State University. During this week, Sigma Pi members commit themselves to performing what they call “random acts of kindness.”

This year, ACE week took place between Monday, April 8 and Friday, April 12. Sigma Pi members performed random acts of kindness – such as bringing donuts to GVPD and passing out encouraging notes with candy to students in the Mary Idema Pew Library – and then posted a picture with the tag #SigmaPiACEWeek.

Nationally, ACE week serves as an opportunity for Sigma Pi members to commemorate their host institutions. According to their website, “Sigma Pi is the only Greek letter organization with an international service program, The ACE Project, specifically designated to give back to our host institutions.”

Through the GVSU chapter’s acts of kindness, they showed appreciation for the whole Laker community, including students, professors, GVPD, bus drivers and other faculty and staff.

A large part of ACE week is Sigma Pi’s annual Stuff the Buss event. On the afternoon of Friday, April 12, a group of Sigma Pi brothers stood around a large “Two Men and a Truck” moving-truck and collected non-perishable food items. All of the donations went to Replenish, GVSU’s food pantry.

“Our main goal is to just collect as much non-perishables as possible,” Wilson said. “After this, we will put all the items in boxes and bring them down to Replenish.”

Donations were taken both on an individual and group scale. The organization that donated the most won a $100 award for their philanthropy or chosen charity. This year, the winner was GVSU’s Gamma Phi Beta, whose members donated 225 items. The money Gamma Phi Beta won will be given to the Building Strong Girls organization. By the end of their six hour stake, Sigma Pi members successfully collected more items than last year.

“At the end of the week with Stuff the Bus, we raised 1,424 donations of non-perishable items to add to GVSU Food Pantry,” Wilson said. “Sigma Pi, together with other organizations, helped those who struggle financially to provide themselves with food through Stuff the Bus.”

ACE week was largely successful this year, and through their acts of kindness, the Sigma Pi members showed their true Laker Effect.