Taking care of the planet 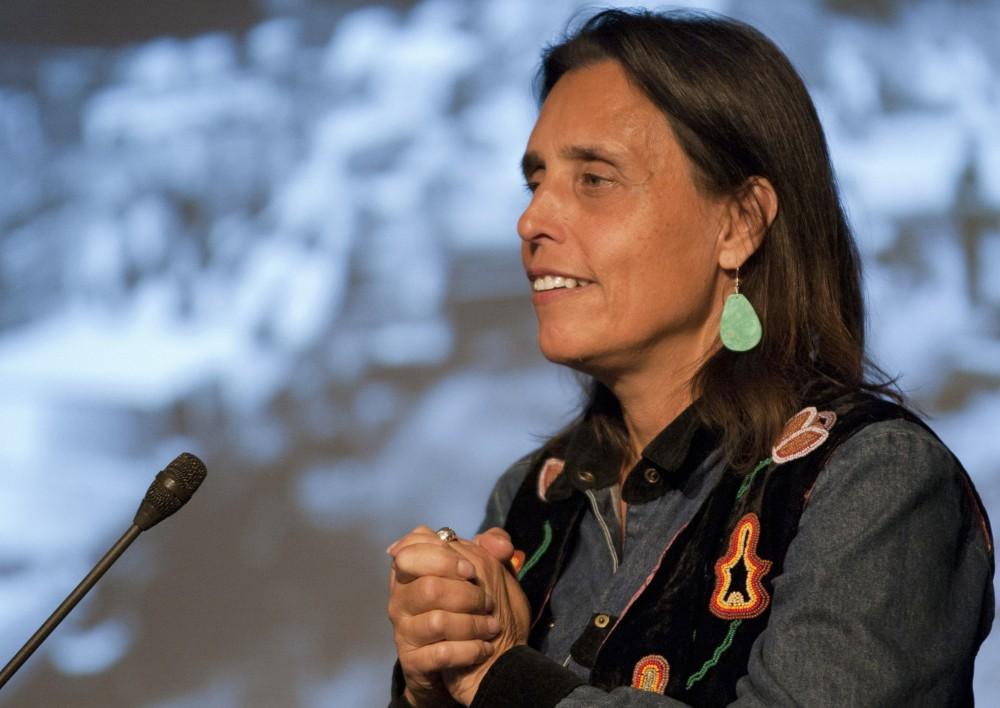 One such advocate, Winona LaDuke, will come to Grand Valley State University Thursday, March 2, to speak about her experience as an environmental activist and to enforce the importance of women’s environmental stewardship. LaDuke will be speaking as part of the West Michigan Environmental Action Council’s (WMEAC) sixth annual Women and the Environment Symposium. Her keynote address, along with the Hidden Heroines Awards ceremony, is scheduled for 5:30 p.m. in the DeVos Center Loosemore Auditorium. These events will be immediately followed by a ticketed reception from 7 p.m. to 9 p.m.

LaDuke is a writer, economist, former vice presidential nominee for the Green Party, and the founder and executive director of Honor the Earth. LaDuke has a long history of environmental activism on behalf of Native American tribes, including her recovery efforts of lands lost by the Anishinaabe and her opposition to the Dakota Access Pipeline.

“She is almost the perfect candidate to come speak to us,” said Mary Robinson, development director for the WMEAC. “The Women and the Environment Symposium really is all about the intersectionality between concerns that women have and environmental issues, and (LaDuke) just fits right into that slot.”

The WMEAC will kick off the night with an award ceremony dedicated to “environmental heroines.” Awards will be given to women in three categories: Women of Hope, Women of Vision and Women of Inspiration.

“We have always held that women have a really big stake in environmental issues,” Robinson said. “Women tend to be the caretakers in their families. They tend to be the ones who are responsible for food decisions, health decisions.”

The WMEAC is inviting LaDuke to close its annual celebration of women and the environment, which consisted of environmental presentations from nonprofit organizations in West Michigan and documentary film showings.

“It’s important to have these types of events so that people who attend them feel empowered to take more action than they have,” Robinson said.

Robinson said people who are interested in making an impact on their environment can follow guidelines laid out by the WMEAC. She said people can set goals for themselves to recycle better, shop for sustainable foods and be in contact with their local legislators about environmental issues.

“You can take action, you can be an advocate and you can make a difference,” she said.

“The people who come to these events, they have a lot of different issues that they’re concerned about,” she said. “What we hope is that through this series of events, people get engaged and they take action.”

Robinson said GVSU and the WMEAC have been partners for years, particularly through the GVSU Women’s Center and the Office of Sustainability Practices.

For more information about these events, visit www.wmeac.org/women-and-the-environment.