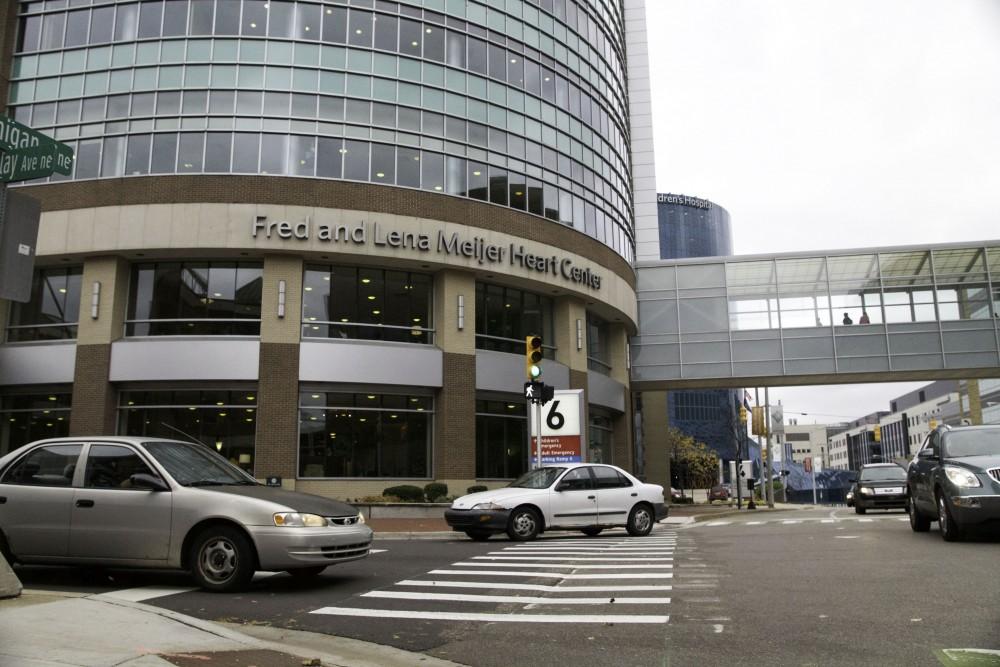 Officials at Grand Valley State University Facilities Planning department have started developing plans to expand the downtown Grand Rapids health campus with the construction of a new facility on the corner of Hastings Street and Lafayette Avenue.

With the new facility scheduled to open for students in the 2018-2019 academic year, some details on the project – including its proposed budget – have yet to be decided on.

Shannon Sullivan, project manager for Facilities Planning, said the new facility aims to meet the needs of the College of Health Professions and the Kirkhof College of Nursing at GVSU.

More specifically, the new facility will provide extra room for additional student resources that could not fit into other existing buildings.

“The building will include classrooms, student study spaces and offices,” Sullivan said. “The current proposal is between 70,000 to 80,000 square feet.

The building is yet another addition to GVSU’s presence on the “Medical Mile,” an area along Michigan Street that includes facilities such as the Cook-DeVos Center for Health Sciences, the Michigan State University College of Human Medicine Secchia Center and Spectrum Health’s Butterworth Hospital complex.

James Moyer, associate vice president for Facilities Planning, said discussions concerning the design of the upcoming facility began in the second quarter of 2015. However, Moyer added that plans for development go back several years.

“The project is located on a tract of land purchased by the university several years ago,” Moyer said. “The land was purchased after other opportunities were exhausted.”

According to an article published by MiBiz in September 2015, GVSU purchased an 11-acre tract of land along with 100 homes back in October 2013. Beginning in the late spring of 2016, construction for the new facility will not require the demolition of all 100 homes. Instead, GVSU plans to demolish only the ones necessary to make additional room.

With the new facility being built next to a residential neighborhood, the MiBiz article noted that many individuals were upset with GVSU for not detailing how the university would handle parking and traffic. There were also concerns about whether the new facility would fit in with local zoning regulations.

Aside from traffic and zoning regulation issues, the article further explained that neighborhood residents were concerned with the new construction as the area is supposed to remain “predominately residential in nature,” according to the Belknap Area Specific plan from February 2010.

However, Moyer ensures that GVSU is not breaking any zoning rules by building the new facility next to the neighborhood.