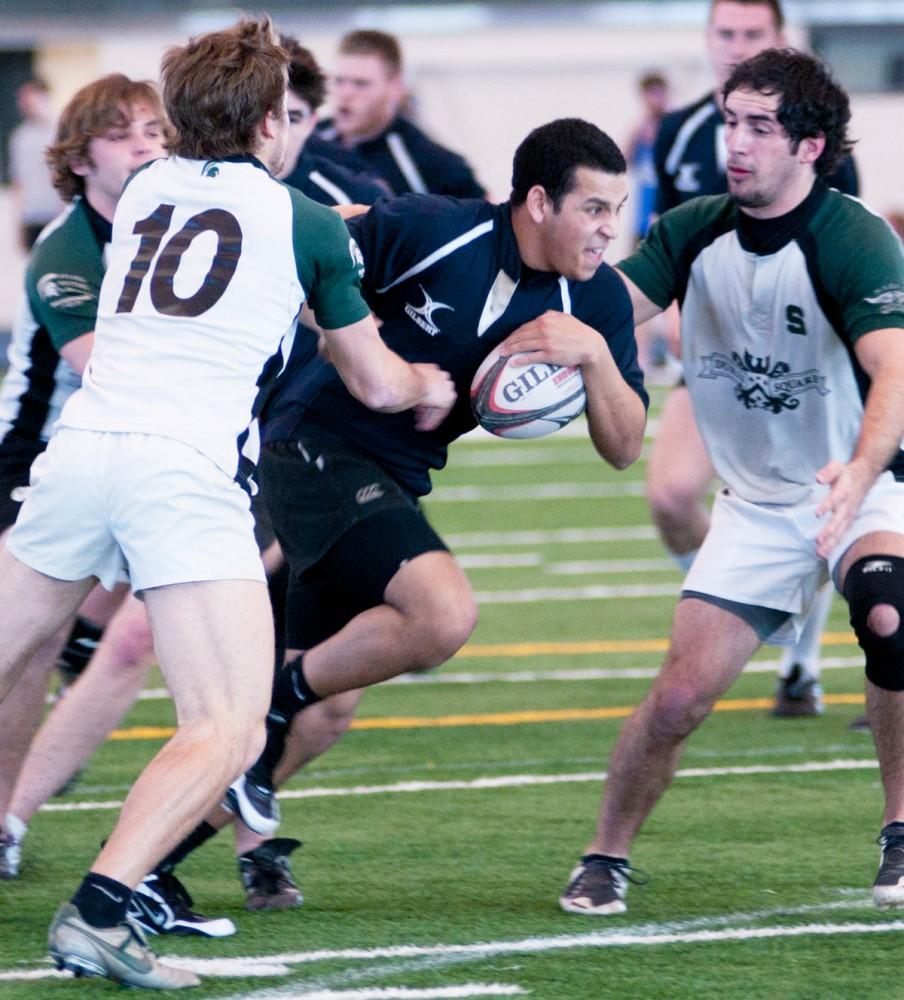 1The last time the Lakers squared off against Michigan State was during the fall 2010 season when the Lakers lost in the second round of the playoffs. Now, as GVSU prepares for the start of its spring season and Michigan State gears up for a trip to nationals in April, the two teams have left behind any rivalry they may have had to help each other train.

“We wanted to help them warm up for nationals, and they’re helping us get ready for the spring season,” Lennon said. “There’s no bad blood. There are just good rugby games played every time we get together.”

Although the Lakers lost to Michigan State 30-15, Lennon said he was very happy with his team’s standings.

“We’re pleasantly surprised at how well we did, although we lost,” Lennon said. “They’re gearing up for a national championship run, and we’ve just been doing small workouts all winter … We haven’t played a game together in three months.”

“We’d like to see them do well because it reflects well on us and our league on the national stage,” Lennon said.

Junior Mario Zambito said scrimmages against teams like Michigan State, a highly experienced team, offer opportunities for the Lakers to let their younger players gain experience – a primary goal of the spring season when the pressure of playoffs in the fall is only a distant thought.

In the end, both Zambito and Lennon said they are confident about the approaching season and team’s ability to keep on their toes.

“We’re very prepared,” Lennon said. “We’re known as a very fit and in-shape team. We always have a target on our back because of it. Overall, I think we’re faster, more athletic and a little more skilled than almost every other team we play. We’ve definitely built our reputation, and we’re not to be taken lightly.”