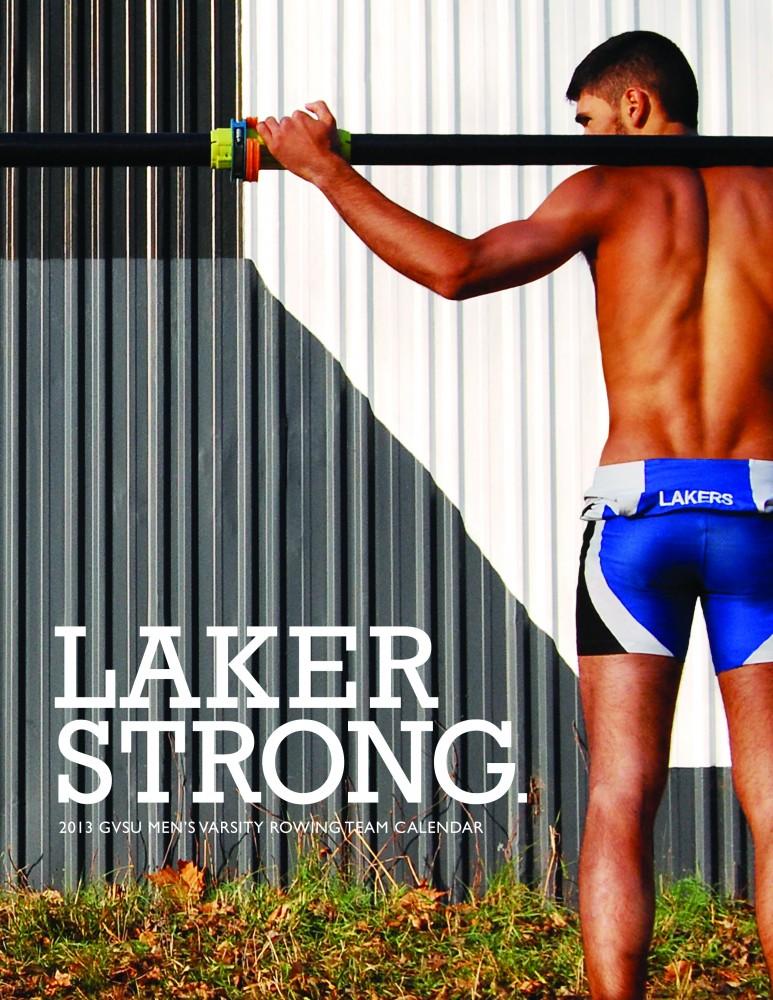 Grand Valley State University’s men’s rowing team spent a morning shirtless out in the cold, posing for photographs in preparation of their 2013 calendar, which will be part of a fundraiser for their international competition in England this summer.

The idea originally came from Team Captain and Treasurer Chad Condon’s mother and his girlfriend, but he shied away from it until he talked to the team and realized how into it they were.

“We got the idea from the New York City Fire Fighter calendars and more revealing calendars that other teams have done, so it is full of pictures of attractive men with their shirts off in a variety of settings,” said team member Justin Wegner.

Condon’s brother, who attends Kendall College of Art and Design, took all of the photos and his aunt went through later and picked the best 12.

“All of the profits from the calendar go directly toward paying for the team to compete in England this summer at the Henley Royal Regatta,” Wegner said. “The team travels to England once every three years to represent Grand Valley and it is an expensive trip.”

Aside from Condon, none of the team members have had the chance to compete at Henley, so they are all really excited to go and experience it, he said.

“We want to win and get as far as we can,” Condon said. “We do take it really seriously but it’s also the experience of going over there to race and racing teams that we’ve never seen before.”

Condon said the team is improving year to year and continues to get faster and faster. They don’t race in any other competitions outside of the United States but they do partake in others across the nation.

The team will spend two weeks in England, one in which they train and get used to using different boats and a week of head to head competition similar to March Madness – once they lose they are out.

“The photo shoot with all the guys was fun and seeing how well the calendars came out was great,” Wegner said.

The team has also done fundraisers with the Griffins in downtown Grand Rapids and are going to do a raffle in the springtime to raise more money for their trip. The winner of the raffle will win a week stay at a condo in Florida for Spring Break.

“Buying a calendar is a great way for students and faculty to support the team so that we can represent the university on an international stage this summer,” Wegner said. “It will be very exciting to compete at an international level against teams we have never seen before at a regatta that has been held for well over 100 years.”

A lot of the big rowing schools, including Harvard and schools from Washington and Australia will participate in the competition.

Calendars will be $10 for students and $15 for non-students and can be purchased from the men on the rowing team or from the team’s website with a $4 charge for shipping. For more information, or to purchase a calendar, go to www.grandvalleyrowing.com