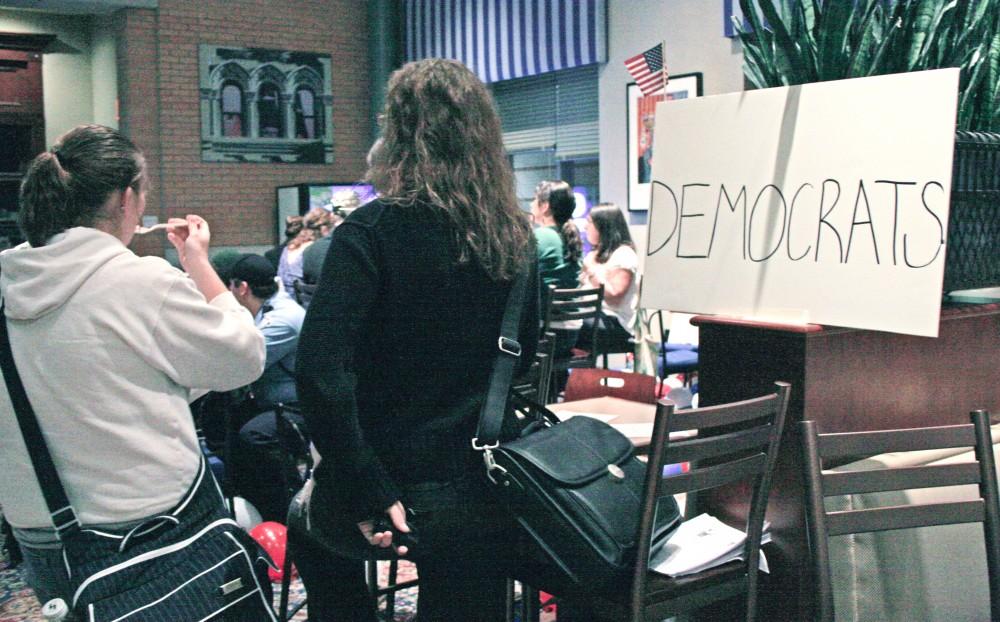 Social media outlets GVTV and WGVU, as well as the GVSU College Republicans and GVSU College Democrats, have promoted the upcoming elections and the candidates by taking to the airwaves, newspapers and television.

GVTV News Manager Amanda Stevenson said the network has recently started up a news program titled “GVTV News” that will air once a month starting in mid-November. The program will run for around 15-20 minutes and partly focus on politics.

Recently, Stevenson and other members of GVTV went out to ask students general information questions about the upcoming elections.

“We found that many students could not name the candidates running for governor and several other races,” Stevenson said. “But many (students) were more than willing to learn.”

“WGVU provides students and all of West Michigan with radio and television programs and reports concerning the state, local and national elections and issues and the politics that drive them,” Kolbe said.

WGVU hosted primary debates for both the Republican and Democratic candidates as well as the candidates for more than a dozen state House and Senate races. All were aired on both television and radio, Kolbe said.

Student organizations around GVSU, primarily the GVSU College Republicans and GVSU College Democrats, have also been active in promoting the upcoming elections as well as political thought and participation in general.

GVSU College Democrats President Paul LeBlanc said his organization welcomed three Democratic candidates from races in the area to GVSU for the fall edition of their “Meet the Candidates” series.

“Our organization will also be tabling at Kirkhof this week and AuSable next week in support of the state party’s GOTV (get out the vote) effort,” LeBlanc said. “Students will find facts about the Democratic Party’s achievements over the past two years and information about individual candidates at our tables.”

Both LeBlanc and Smith stressed political interest and being informed about politics in general as crucial for the upcoming elections.

“Being well-informed about one’s representatives and current political issues allows one to make reasonable decisions about which candidates to vote for at the polls, which functions to hold politicians accountable for their actions,” LeBlanc said.

“Grand Valley students need to be informed because it is important for them to know what they may be getting themselves in to when they place their vote in November,” Smith said. “Regardless of what party an individual is affiliated with, an informed decision must be made when casting a vote.”