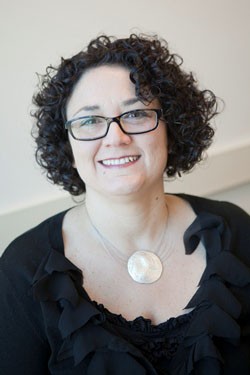 The Women and Gender Studies department is holding the event, “Women, Media & the Art of Inquiry: You Have Struck A Rock!” on Jan. 16 from 4-6 p.m. in rooms 2215 and 2216 of Grand Valley State University’s Kirkhof Center.

The event consists of two components, a film screening of “You have Struck A Rock!”, which showcases the role of women in the anti-apartheid movement in South Africa. The second component includes an information session for the Women & Gender Studies and Women’s Center South Africa study abroad trip, which will take place this May and June.

According to information provided by the Women and Gender Studies department website, “This media series, followed by a meaningful dialogue, will provide an opportunity to look at gender justice through a feminist lens.”

“This film is important because many of the historical figures associated with the anti-apartheid movement in South Africa are men,” Dernberger said. “While these men made great contributions, the traditional historical narrative often leaves out the important contributions women made in this social movement.”

The film, directed and produced by Deborah May, “commemorates the special contributions of South African women to the success of the anti-apartheid struggle,” the synopsis from the website said. It documents the “massive, non-violent civil disobedience movement” that was ended by the 1960 Sharpeville Massacre, and finally, the banning of anti-apartheid organizations.

The film’s title draws inspiration from the South African women’s freedom song, “Now you have touched the women, you have struck a rock.”

There will be a brief discussion, led by Dr. Danielle DeMuth of the Women and Gender Studies Department, following the film.

The informational session will also allow those present to learn more about on the 2013 South Africa study abroad trip, which was created by the Women’s Center and the Women and Gender Studies Department in collaboration.

The South Africa trip was launched in the spring of 2012, and brings students to Cape Town, South Africa where they divide their time between service learning, academic lectures, and excursions in Johannesburg and Cape Town.

In addition to The Apartheid Museum and a tour of Soweto and Nelson Mandela in Johannesburg, students experience the Cape of Good Hope, Boulders National Park, and the Botanical Gardens in Cape Town, and Robben Island where Nelson Mandela was imprisoned, according to the Women and Gender Studies Department website.

This study abroad trip, like many others, will allow students to experience a new country and the cultural differences that go along with it.