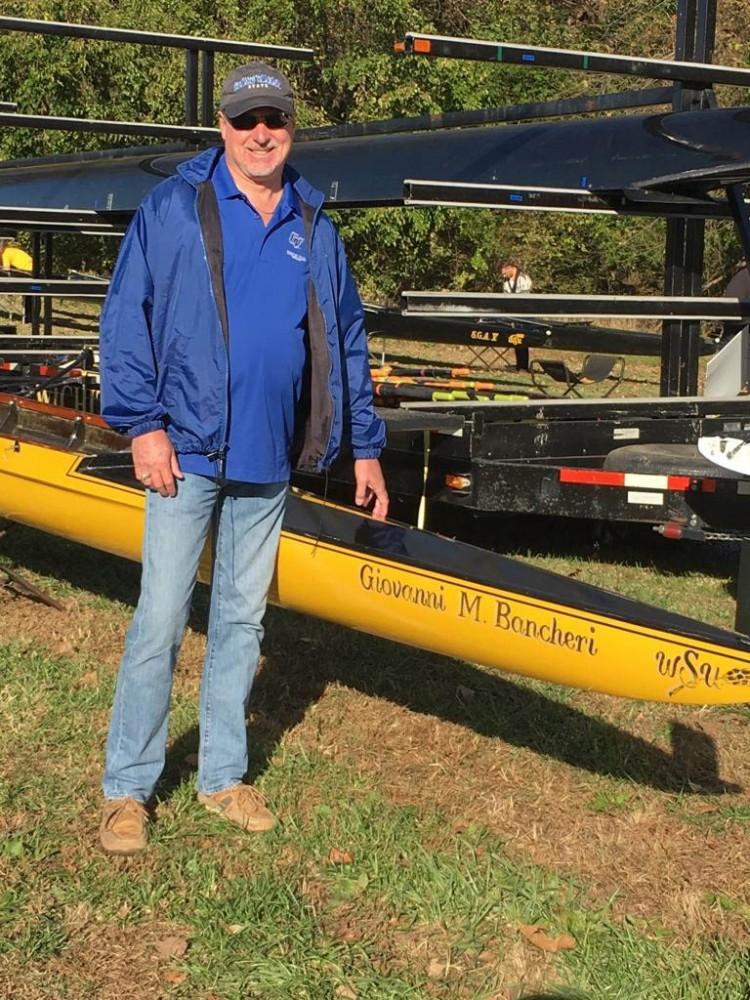 The Grand Valley State Laker navy participated in the 52nd annual Head of the Charles Regatta in Boston and the Jayhawk Jamboree in Lawrence, Kansas over the weekend of Oct. 21-23.

“I really thought we could finish top 10, and we were only a few seconds off that,” said GVSU rowing coach John Bancheri of his men’s squad. “I thought it was our stroke rate that kept us from being there. It’s only the beginning of the year, and I think we have a lot of time to get to where we need to be.”

Captain Christopher Doherty also felt as though his boat could have performed better, but was not upset with the end result.

“I definitely think everybody wanted to place higher, but we’re not disappointed,” Doherty said. “There was a lot of good competition and the weather wasn’t exactly ideal. We want more, but we’re pleased that everybody gave their all. It’s a starting point and something to build off of.”

Meanwhile, the women’s varsity squad made strides that some may not have even saw coming. Bancheri noted that last year at the same event, he was not pleased with the performance the women gave and he was more than satisfied with their showing this time around.

“These gals are not afraid of a challenge and know what it takes to improve,” Bancheri said. “It’s a cultural thing. You get into groups that are led by a few girls that are focused on getting the best out of everybody. You look at LeBron, right? Everywhere he goes he gets the best out of everybody. We’re a tiny speck on the world compared to him, I get that, but we have some sophomores who have gotten the best and that’s why we saw what we saw.”

Though not necessarily making comparisons between herself and one of the greatest basketball players of all time, women’s captain Faith Platz shares her coach’s optimism.

“This year, the race felt really good, just the entire race,” Platz said. “We were just rowing together as one, and despite the really strong winds, we were rowing really well and were able to pass some boats. It felt really different from last year in a good way.”

Over in Kansas, some of the rowers participating in the Jayhawk Jamboree, coupled by some Laker alumni, hit the water in a special boat and delivered a strong performance overall.

“When (the team) called me and told me about the race, they were excited,” Bancheri said. “I used to coach at Wichita State and they chose to row in the oldest boat we had from Wichita State, which was named after me. I just think it’s a funny story because they could have gotten a nicer boat but chose to use the boat named after me. It made it that much more fun.”

With those events in the rearview mirror, the Laker Navy turns its attention to the Eagle Collegiate Challenge in Indianapolis Saturday, Nov. 5.

The men will work on their strength – hitting the gym and building muscle – and their goal is to be within 10 seconds of the University of Michigan, which they sat about 30 seconds shy of in Boston.

“We’ve come a long way since we started this year and the best thing is we have a lot of room to grow and improve,” Doherty said. “We all have to make sure that everybody is on the same page and put the hours in. That’s what separates the good from the great.”

Meanwhile, the women will continue to improve their mechanics in order to ensure that they continue turning in top 10 performances.

“I’m really optimistic,” Platz said. “I think we’ll do really well. In the past, we’ve done well in that regatta and I’m hopeful that we’ll do even better this year. If I remember correctly, the weather is never great in Indianapolis but we’re pretty good in those tough conditions so I’m optimistic.”