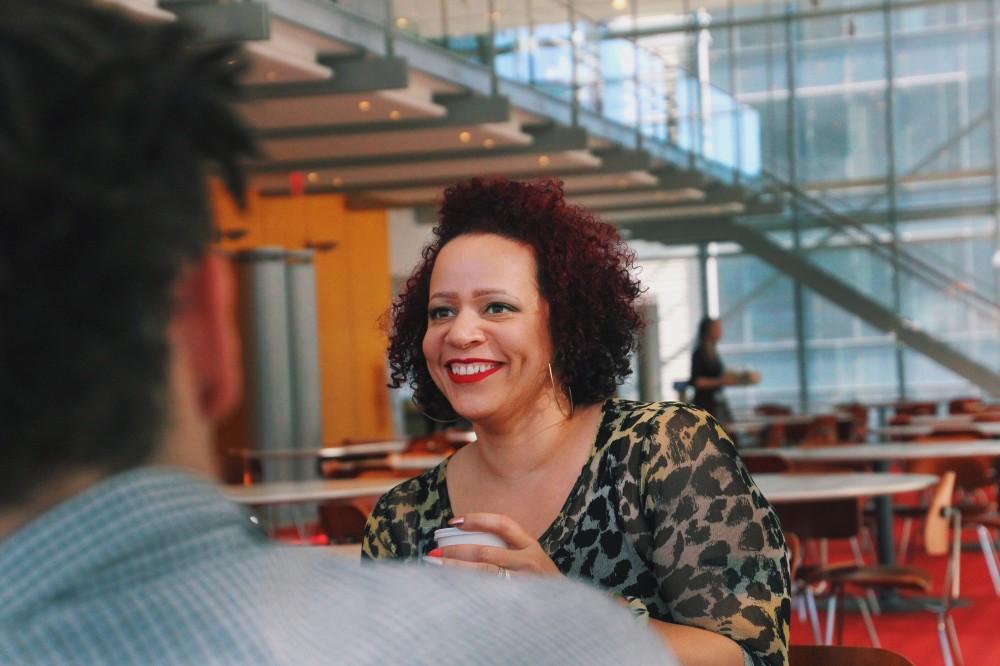 Grand
Valley State University’s Hauenstein Center for Presidential Studies will
partner with the Division of Inclusion and Equity to present “Race and the
American Dream,” a Common Ground Initiative event, Tuesday, Jan. 17 at 7 p.m.
in the L.V. Eberhard Center. The event is scheduled as part of GVSU’s Martin
Luther King Jr. Commemoration Week to honor King’s life and legacy.

The
event will be a moderated conversation between two journalists, Nikole
Hannah-Jones and Jason Riley. Hannah-Jones is an award-winning staff writer for
The New York Times Magazine, and Riley is a columnist and editorial board
member for The Wall Street Journal. Together, they will discuss civil rights
advancements since the mid-twentieth century, in addition to challenges still
facing the continued quest for equality.

Scott
St. Louis, program manager for the Hauenstein Center’s Common Ground Initiative, said
the goal of the initiative is to bring scholars from across the political
spectrum to GVSU to discuss life in the U.S. and to reveal the commitment
shared by progressives and conservatives to make life better.

“We
decided to host this event because we believe that on an issue of such seriousness,
such importance, progressives and conservatives need to recognize the common
ground that we all can share, the value of learning and teaching together,” he
said.

St.
Louis said one of the goals of the Hauenstein Center is to create a place where
leading minds can “re-examine their political and intellectual traditions” to
fit in with the purpose of the Common Ground Initiative.

“We’re
interested in cultivating a public forum that isn’t just another ideological
echo chamber,” he said.

“We
thought the time would be right to bring two people together who write about a
similar issue and who disagree in some areas but probably do have some areas of
mutual understanding and common cause,” St. Louis said.

Gleaves
Whitney, director of the Hauenstein Center, said he hopes there will be a
robust airing of issues about the progress African-Americans have made in
American society. He said the importance of this event comes from students
learning about the impact King made on American society.

“It’s
important for students to hear about a significant historical figure and his
contribution to American freedom and justice,” Whitney said.

“Race
and the American Dream” is free and open to the public. Interested individuals can RSVP at www.hauensteincenter.org/RSVP.